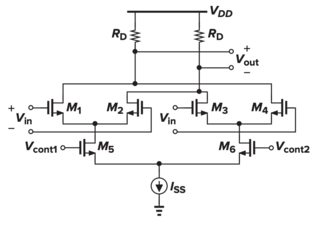 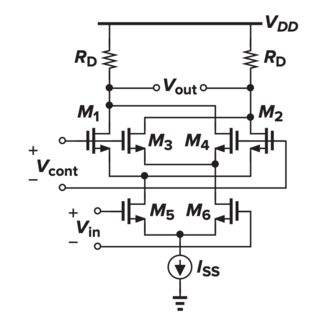 For the version on the left, he says that if \$V_{cont1}-V_{cont2}\$ goes very high, then the current is routed through the diff pair of transistors \$M_1, M_2\$ and the gain is negative. If the differential control voltage goes low, then the tail current is routed through the other diff pair and the gain is positive. This makes sense since it's just two side by side diff pairs whose gains make sense given the definition of the output voltage polarity.

For the gilbert cell on the right, there are the following two situations depending on if the control voltage goes high (left) or low (right): 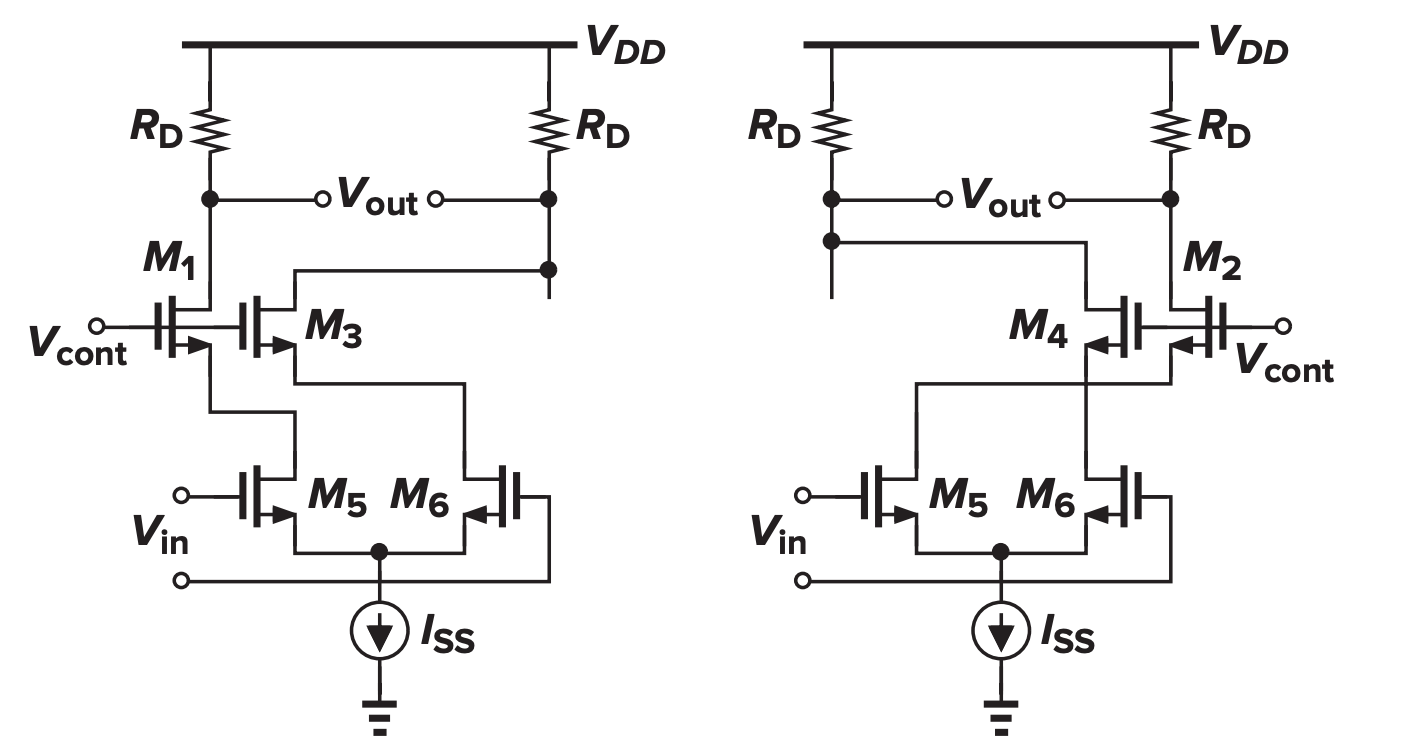 Just relabel and they become identical.

View these Gilbert_cell circuits as analog versions of an Exclusive Or gate.

Thus there is a polarity interaction within the circuit.

Not the answer you're looking for? Browse other questions tagged circuit-analysis circuit-design integrated-circuit gilbert-cell or ask your own question.