Getting the transfer function of a parallel RC circuit. Am I allowed to simplify/remove the component I am trying to solve for? 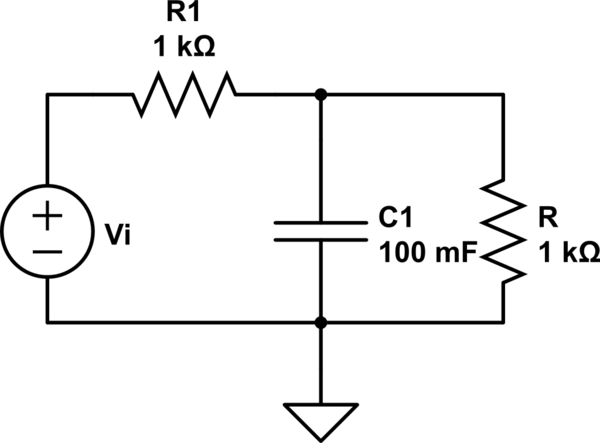 Say we have that simple parallel rc circuit and we were tasked to get the transfer function of V_c(s)/V_i(s). We were told that it is not advised to remove/simplify the component of what you are trying to solve. But the I cannot seem to find out what to do without combining the capacitor and resistor to get the transfer function. This is my attempt with the solution: 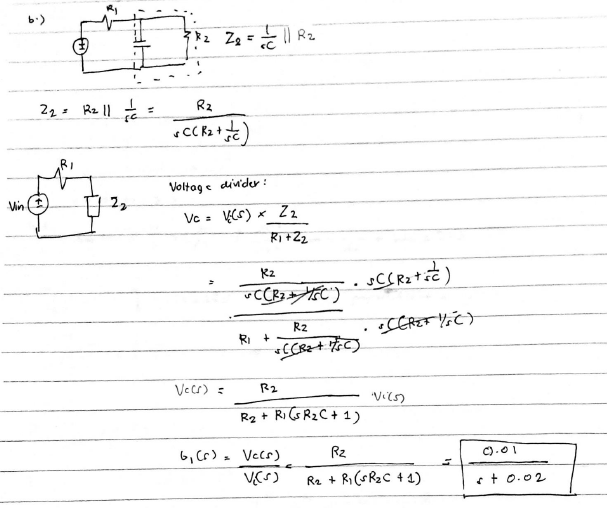 You are allowed to do whatever artifices, they only say it's not "recommended" (why? I don't know). So, one other way is by Kirchoff: solve for the currents or voltages and derive the transfer function from there. Or try differential equations, they'll be 1st order, so it won't be as complicated. There are other methods, FACTS comes to mind (Verbal Kint might have a word or two about it), but if your teachers advised you not to modify the circuit, it might not please them. I thought I'd throw in some MathJax, but it looks like you are good with the equations, so I'll leave the pleasure to you. But, if you think it's necessary, I'll oblige.

@Thriloknath palla bellow showed something similar to what I was talking about. For example, apply mesh equations, considering two (obvious) meshes, with currents \$i_1\$ and \$i_2\$ running clockwise in each:

\$H(0)=\frac{R_2}{R_1+R_2}\$ gives you the attenuation at DC. Which is a rather more convoluted way of solving the way you did. It might pay off for higher orders, though. BTW, you didn't simplify anything, you simply considered a temporary variable holding the result of \$R_2||C\$, that's all (in case your teacher says anything). Not to modify any of the components while solving? I don't think there is be any problem in the method you have solved. The other way not to do this is just consider the currents flowing and solve it normally as you do in time domain.

But the point I want to tell you is that if you are looking in a closed loop system perspective and want to draw a block diagram (the closed loop) then your teacher might want these blocks (R,1/SC) represented individually rather than a solved transfer function.