I've got a blackmagic probe and a board with an STM32F412KB microcontroller. Flashing the board works great (and fast!) - but I can't find a way to start the firmware after the flash (aside from manually pushing the reset button on the board).

Context:
I'm trying to support the blackmagic probe in our free microcontroller IDE (https://embeetle.com). Embeetle can already flash firmware using this probe, but the user might forget to push the reset button on his microcontroller board. Displaying a warning message is our last-resort solution. For now, I try to get the blackmagic probe to work in the same way as the other probes: you click "flash" and you see your firmware running instantly.

I've got a blackmagic probe (see https://1bitsquared.com/products/black-magic-probe and https://github.com/blacksphere/blackmagic/wiki) for flashing and debugging purposes. The probe version is:

The microcontroller board is self-designed:

Here are the relevant parts of the schematic. First of all, the microcontroller: 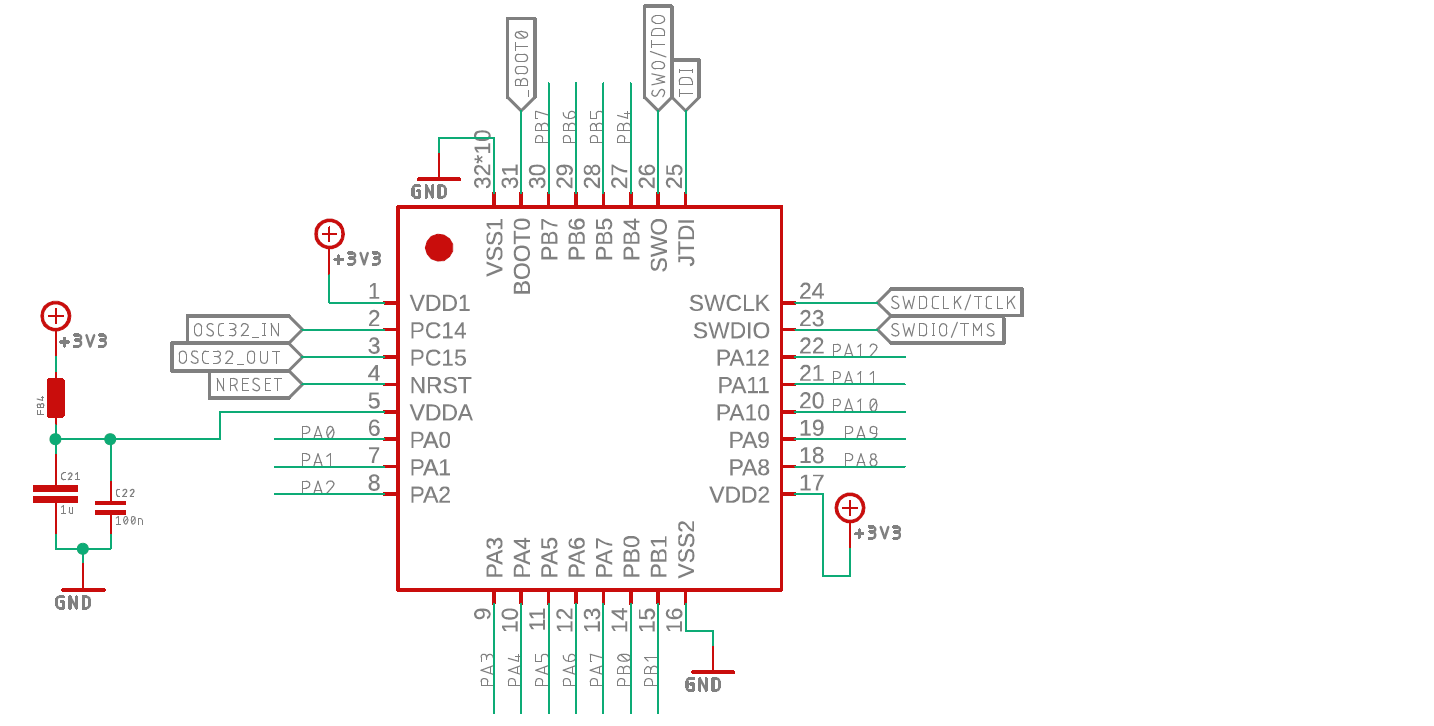 Here is the physical reset button:

And this is the flash/debug-connector (to be connected to the blackmagic probe): 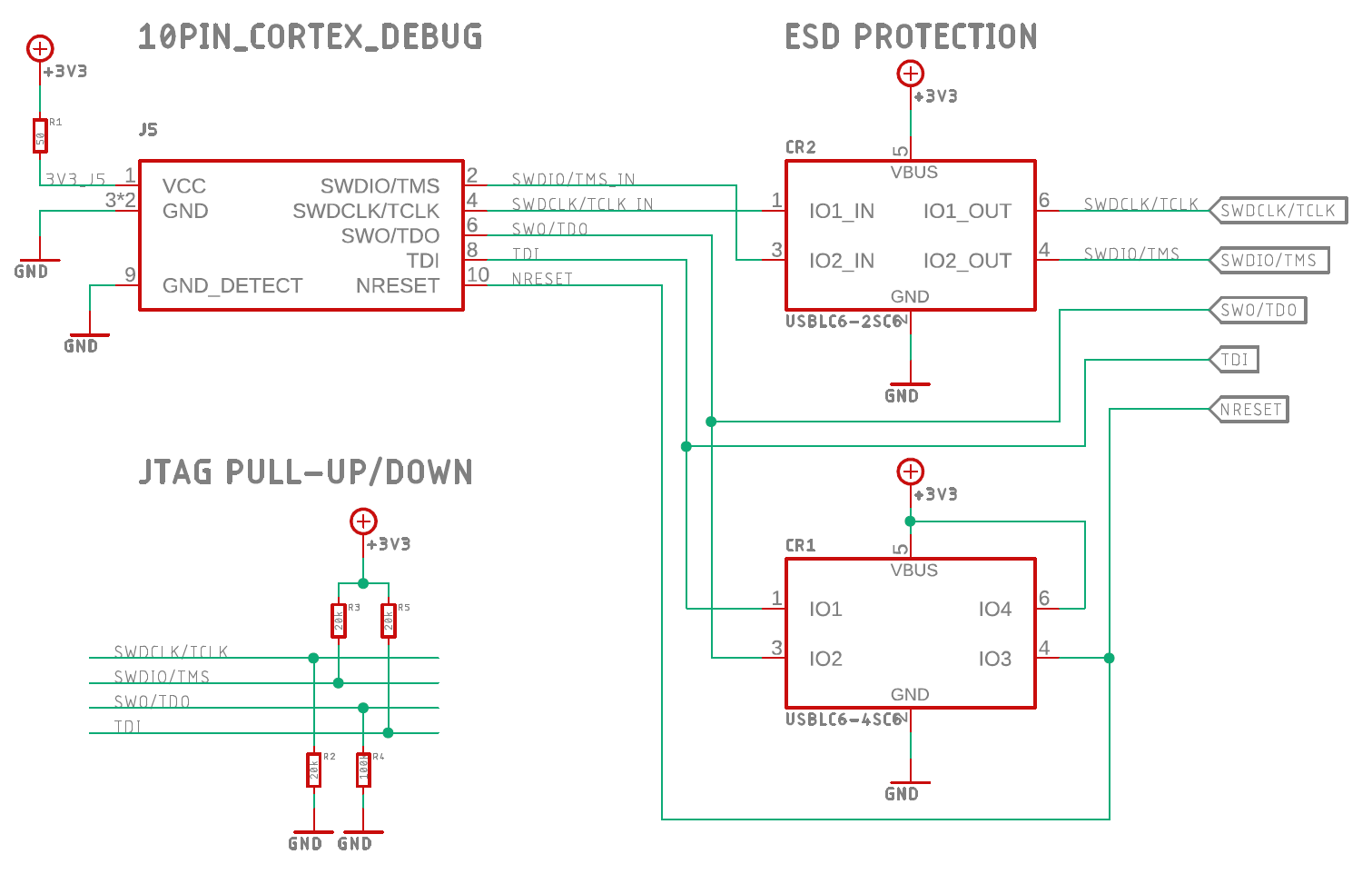 As you can see, the flash/debug-connector follows the 10-pin Cortex-debug standard, and can be used for both JTAG and SWD flashing/debugging.

I've got the following toolchain installed on my Windows 10 PC:

Which I recently downloaded from:

With this toolchain, I built the microcontroller project. I also use the arm-none-eabi-gdb.exe tool to interact with the blackmagic probe (but more on that later).

I've got a microcontroller project at the following location on my Windows 10 PC:

After compilation, the build output ends up in:

For example, my .elf file is at:

Now I open a console and navigate to the toplevel project folder. Then I invoke the makefile its flash target (we'll get to the makefile in a minute):

I basically invoke the flash target from the makefile and pass it the $(COM) variable to inform it where the blackmagic probe is connected.

The relevant part of the makefile is:

The flash target launches arm-none-eabi-gdb and passes it the $(GDB_FLASHFLAGS). These flags point to the following .gdbinit file where the actual flash instructions are listed inside the flash-remote() user-defined function:

The flashing works great (it's super fast!) and the firmware runs when done. I can see the firmware running because the LED on the board is blinking - that's basically what the firmware does. Unfortunately, the flash-remote() function hangs at the start command, probably because GDB is waiting for a breakpoint that never comes.

The goal here is not to debug, but simply to flash the firmware. So I want to exit after the flash. This is what I tried so far:

I can't find a way to start the firmware after the flash (aside from manually pushing the reset button on the board).

A firmware upgrade of the blackmagic probe solved the issue. With this firmware, it works:

Not the answer you're looking for? Browse other questions tagged microcontroller stm32 flash probe or ask your own question.

6
STM32 - Problem debugging using openocd and st-link
0
Cannot get code to run on prototype board STM32F303x
3
Makefile for STM32
1
Is it possible to get ST-LINK's virtual COM port working without launching any program in Ubuntu?
1
How to update the SWDAP firmware?
1
Can't get Flyswatter2 probe to work with OpenOCD