How much current should a car draw from a battery when it is off?

My SUV died last night, and it draws 540mA now, when the car is off, and nothing (that I know of) is on. How much does a car typically draw from the battery when it is off?

I think you've already answered my question (half an amp is an unreasonable amount of power draw with the car off), but I would like to give you more information anyway. I narrowed it down to one fuse, which has a bunch of stuff on it:

"IPS Control Module" is also listed under multiple other fuses, and I don't know what that means. Tried to find out what IPS means, but there is no glossary or abbreviations table, and I'm not sure.

"A/C Control Module" is also listed under multiple other fuses as well. Not sure what this means either.

This fuse is part of a two part special assembly called the "Memory Fuse" which apparently is a collection of devices, some having non-volatile memory that gets lost if it is unpowered. Also, that's where the half amp of power is being drawn from (the second of the two fuses).

Here are some pictures of the assembly (which has two 10-amp fuses) and relevant sections from the manual: 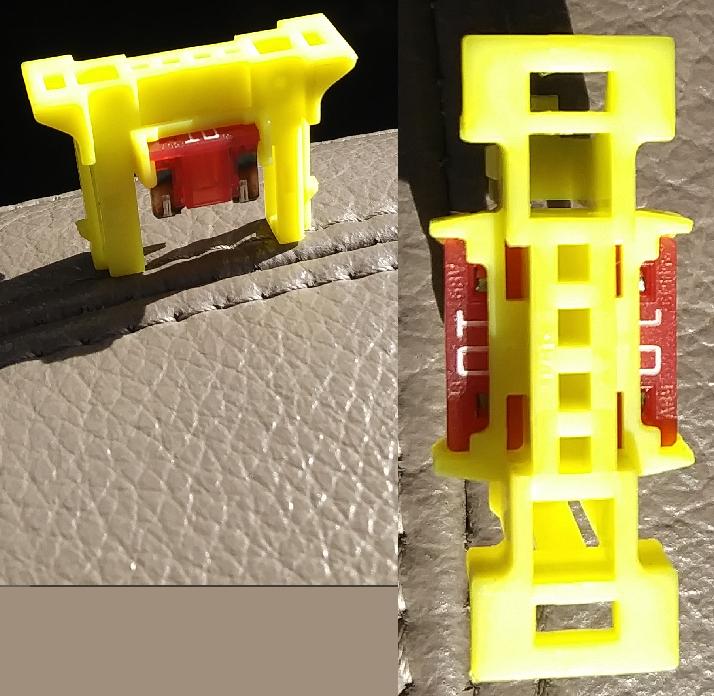 The following portion of the manual explains that some things will not operate if you pull this fuse assembly, namely "warning chime, audio, clock and interior lamps, etc." I like the "etc" part.

It also states that "Some items must be reset after replacement" indicating the non-volatile memory will be lost. I'm assuming audio (radio presets), but don't yet know what else that may mean (perhaps the A/V, which we don't have). 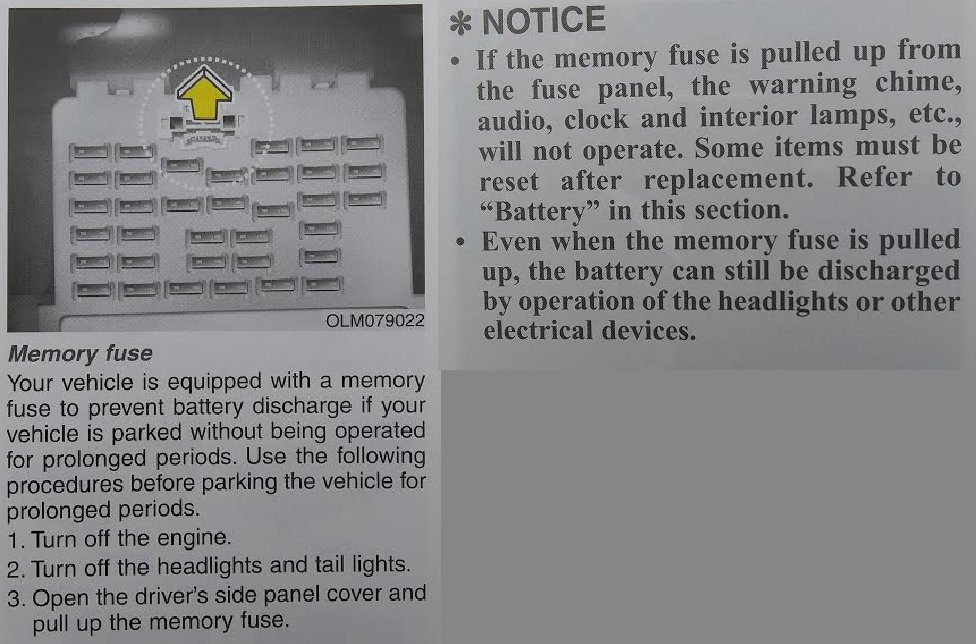 That’s far too much current and will possibly kill the battery after extended unused periods and a voltage drops below 11.5V when sulphating accelerates.

Reduce that to <50mA or add a trickle charger and plug in it if you cannot locate or eliminate the TDB load.

Not the answer you're looking for? Browse other questions tagged current automotive or ask your own question.

1
How to measure the current drawn by the radio and the headlights from car battery easily?