How to properly wire a five color RGB LED strip?

I've worked with common anode and common cathode RGB LEDs either 12 volt or 5 volt using PWM mostly to change color. Usually then these products that I work with have the typical four color wiring where color may differ a little bit depending on being common anode or common cathode. I haven't yet worked with RGBW, but I think the white seems to make use of yellow wiring in most situations I've seen.

I often get products given to me that I eventually put to use. I received a light bar that I believe is RGB, but I don't know if its addressable. The person that gave it to me doesn't know where they got it from so they cannot look the product up to identify it or get tech specs for it. I'm puzzled as to what it is with the wire colors and markings inside the light bar.

I did take a 12 volt battery and hooked up black to negative and white to positive and got red led color. Other than that I'm unable to get any other color to reveal, but at this time I'm afraid I may burnout something through trial and error. I could not find any other markings on the strip's exterior or on the short wiring it came with either.

I placed an AA battery next to the light strip just to give size perspective. 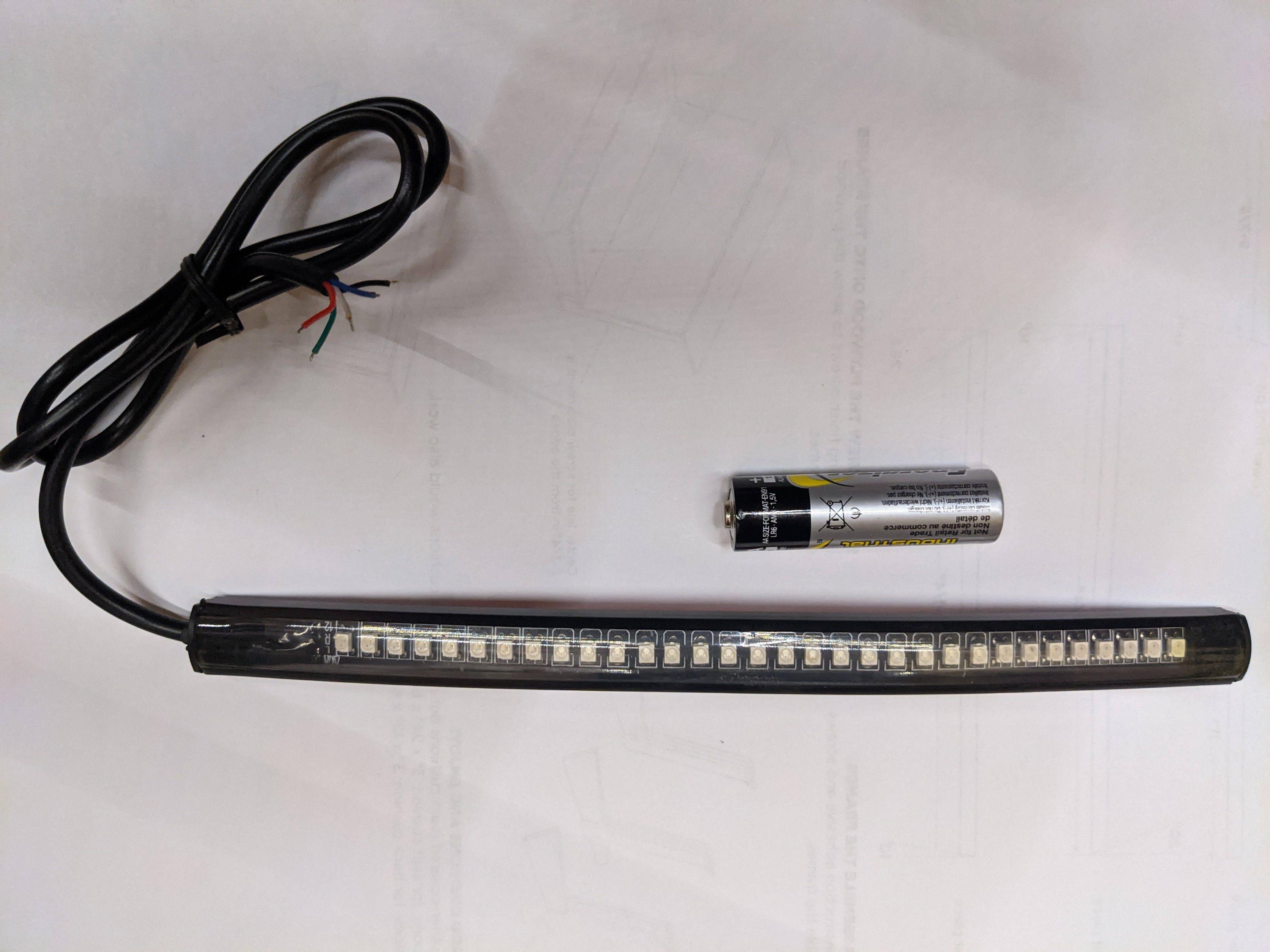 The wires have five colors coming out Black, White, Red, Green, and Blue. I have no idea what role each has. 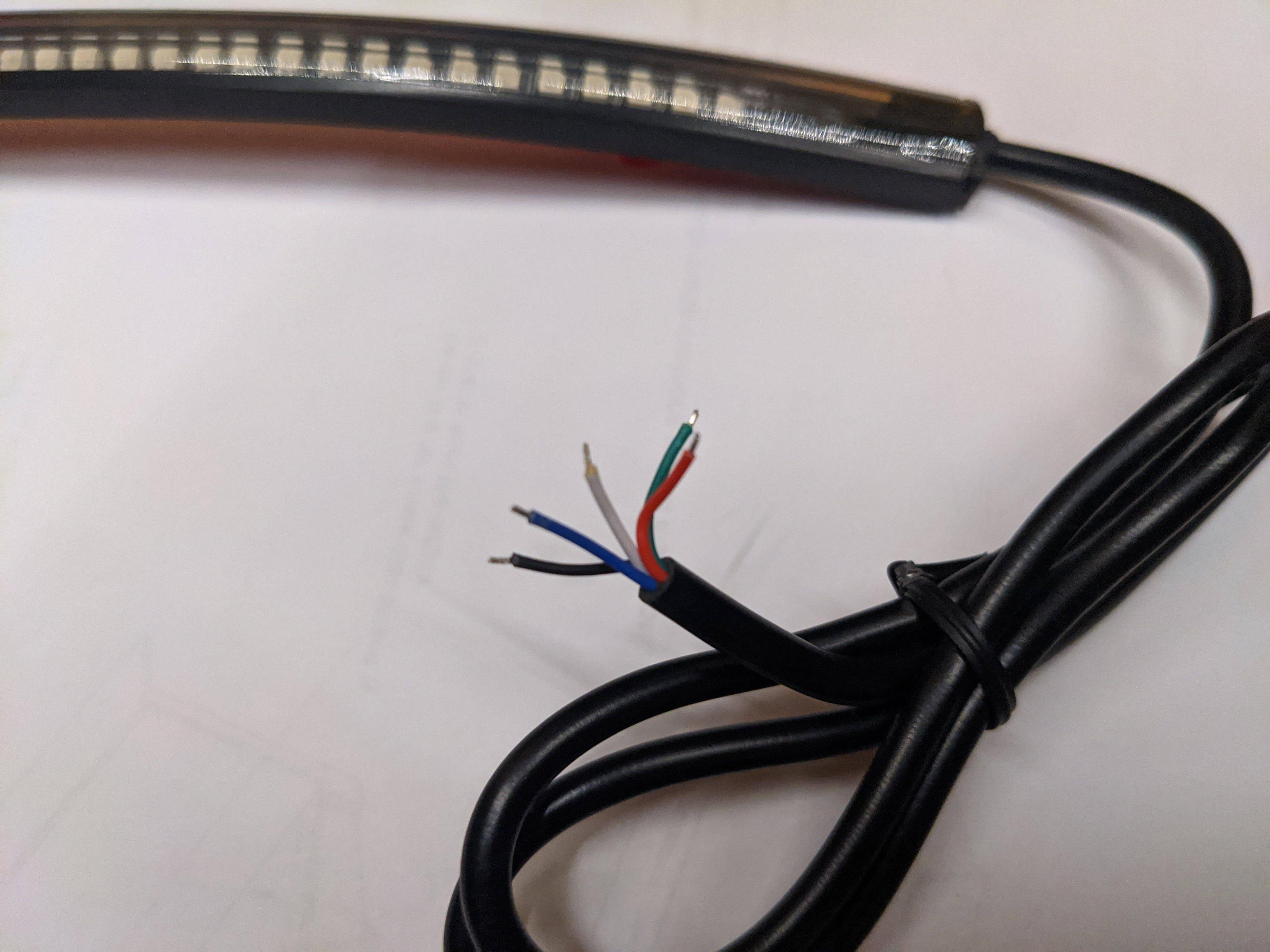 Inside the led bar I see markings where the wire is soldered to the LED strip. It shows GND, L, 12, and +12 from top to bottom. There is potting covering the solder connections so I can't make any positive identification of where the colored wiring is going. I've also never seen these labels before so I'm stumped! 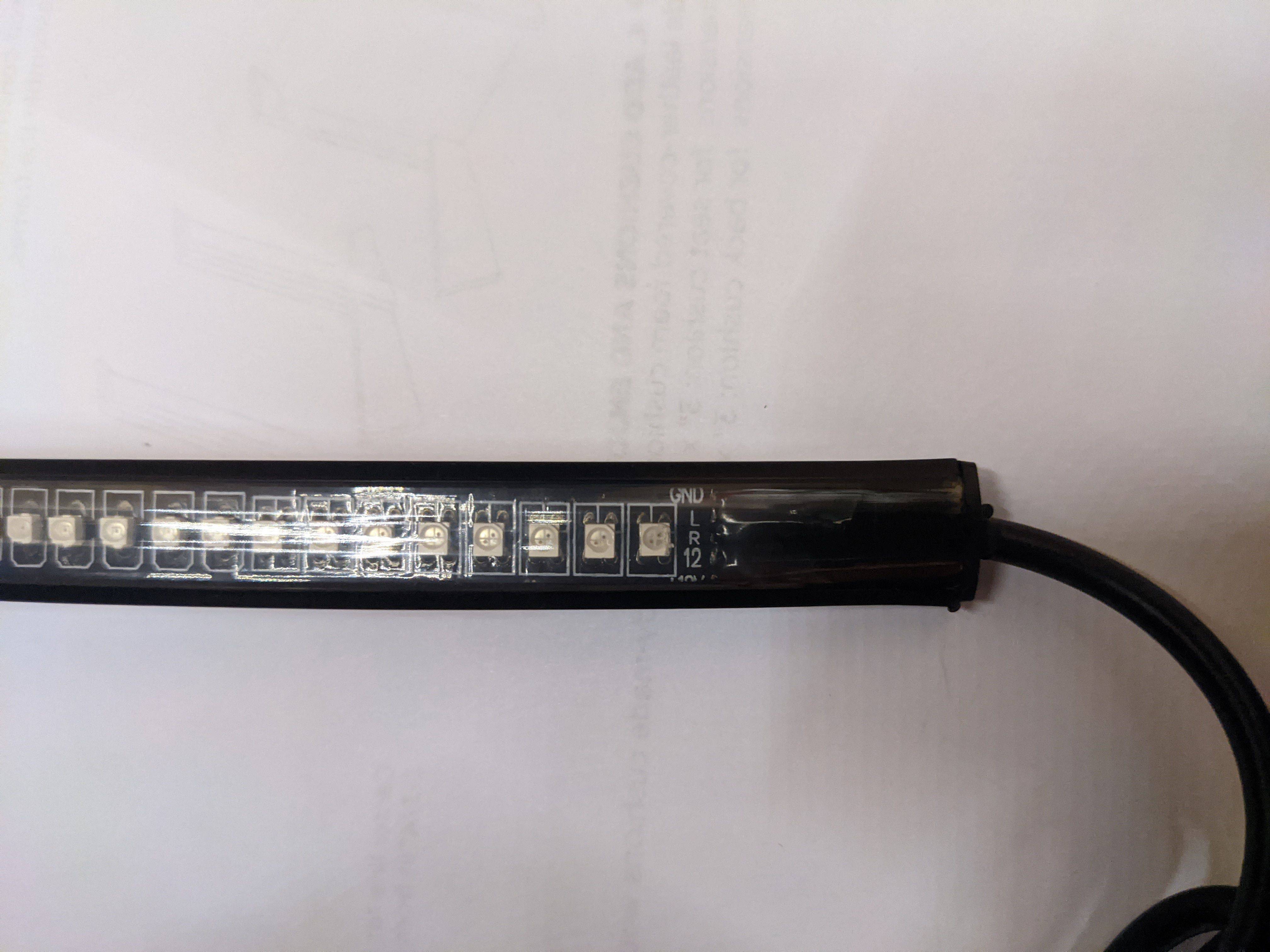 There are no resistors visible, and 2 types of LEDs:

LED chips aren't the typical color of white LEDs (ie, some tone of yellow phosphor) so they're not white LEDs. There's some red since you managed to light them, so it's probably RGB. All the LED pinouts support series connection, so you probably got series strings in parallel.

If you don't want to take it apart, I'd recommend using a 12V or more power supply with a 22k resistor in series to limit the current to a value that is safe for LEDs both forward and reverse, then trying all the pin combinations.

Not the answer you're looking for? Browse other questions tagged identification wiring led-strip rgb markings or ask your own question.