I am new to solar panel system set ups, and I'm trying to make an off-grid DC-DC solar panel system where in I will be running a bunch of 12v loads which are mainly DC Pumps cause its gonna be something like a waste water management and recycling system.

Then, I saw this guy online selling his solar panel set up for a cheap price and he is near to my area, and so I decided to grab it.

Here are the specs of the solar panel system that I just bought:

And just before I bought it, I thought that the "40A" in the 40A MPPT SRNE Solar Charge Controller stands for the output the SCC(solar charge controller) can give from its load terminals. And now that I have it and have read the manual, I realized that its Max Discharging current is 20A only.. (or maybe I'm wrong.. please correct me, I'm just googling everything and watching YouTube videos)

Going straight to my problem number 1: I have calculated my estimated load, and it is around 23Amps.. I am thinking, is it safe to connect a buck converter to the battery bank directly in order to get more amps for my project?? because the SCC can only give 20A, and I don't wanna compromise the performance of my loads.. cause I have 5 loads to power, and I thought, if 4 of my loads sum up to 19A, I'll power those 19Amps with the power from the load terminals of the SCC, and then for the 5th load, I will just connect it directly to the battery bank and just use a XL4015 buck converter to regulate the voltage if its too high.. Is it safe to do so?? If not, how can I increase the 20A to 23Amps with the safest way possible.

my question number 2: If a load's specification let's say needs 6A, does it really use up 6A all the time? I know that you can run a 6A load with a 10A power supply but not the other way around, but I am genuinely confused, here's the story why.

When I met up with the guy to whom I bought my solar panel set up, I talked to him (I just assumed that he's an electronics and electrical stuff expert) about running some 12V DC motors and Arduino on a sealed lead acid battery that goes to 14.4V to a little less than 15V when fully charged.

Example: Running a 12V Pump with a battery voltage of 14V (lets just assume the sun is like really really bright for most of the day time)

and how do I increase the Load Current Capacity just incase I need to add more load to my project..

The guy then weirdly took the 12V DC Pump I was holding that time and then tested it directly to the load terminals of the Solar Charge Controller, please note that the battery voltage at that time was 14.4 volts, and he said,

I've read about overvoltage and that how dangerous it is, but I am now weirdly confused AF because of that guy's answer to my question to him. I've been googling all day and watching YouTube videos about my question but I can't seem to find a good answer to it.

Somebody please enlighten me and correct me. (T__T)

I might be wrong, I'm really sorry, I'm just trying to build this project idea on my own and I thought I could get some answers to my questions from the experts here. Any form of comment or suggestion and corrections to me will be highly appreciated. 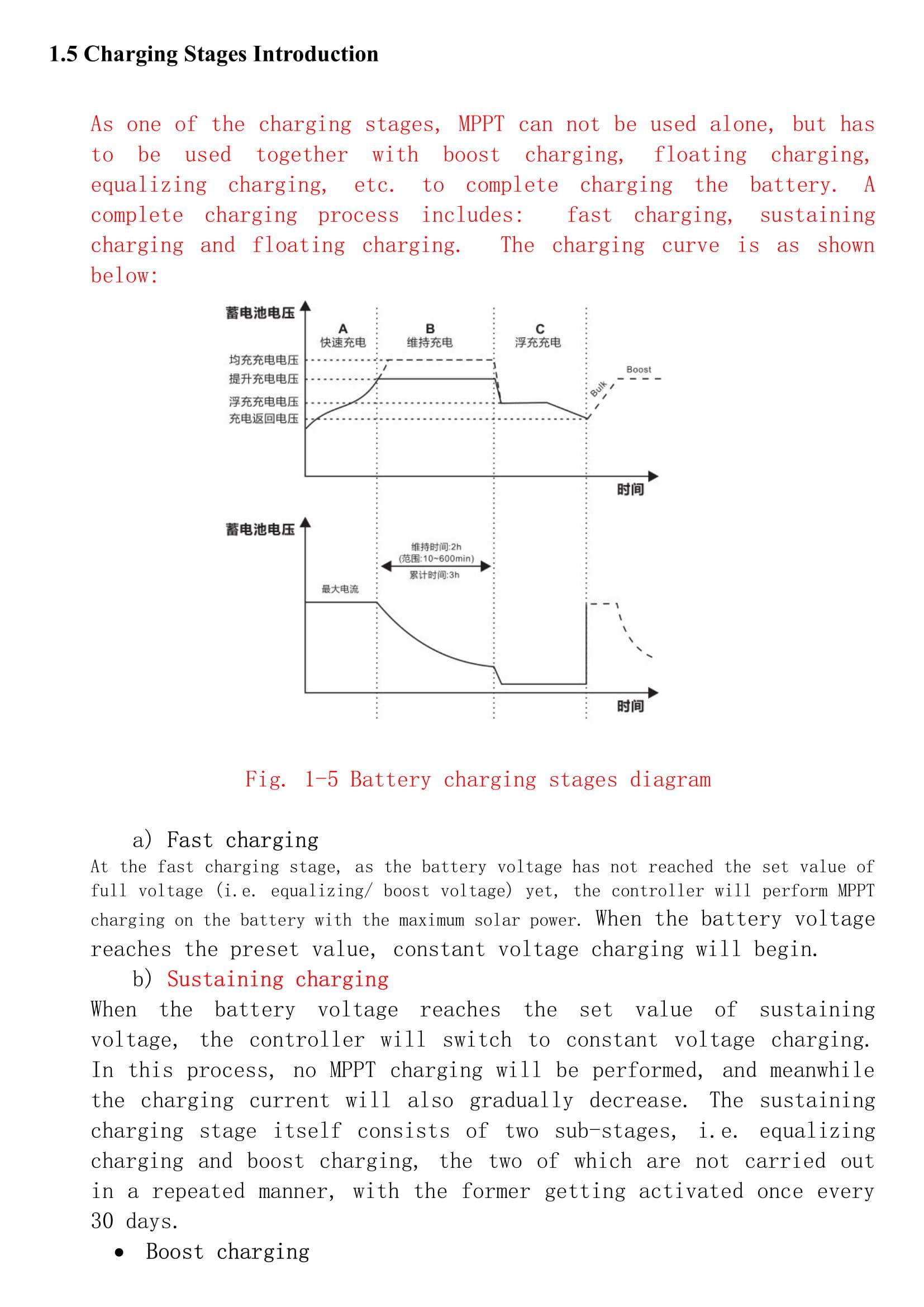 DC motors have a start current 8~12x the rated current, so a SMPS is a bad idea. If you went direct off the battery, that will support the power you need for some Ah period but you cannot then determine the cutoff current threshold to the battery as it will be also going to the load instead and you may end up drying out the electrolyte with Vch driving the load so your load current, start-stop surges, duration and charge accumulation is no longer balanced with external loads.

You must define your pump motor DCR, Battery specs, regional Solarity power cycles and then a better idea of a direct solution is possible perhaps with soft start ICL's added to motors. Then include all this with a block diagram and power balance list on how you can manage to regulate preventing extended CV durations with external loads and under-voltage protection without the sun.

Otherwise you are limit to 20A loads.