I have been attemtping to use Kirchoffs laws to solve a Class A amplifier circuit containing a single transistor.

I made several attempts at this trying slightly different approaches. I summarized the last attempt I made in a document, with some diagrams, which I will append to this question.

I got to a point where I had all the quantities I wanted in a single equation, with one additional quantity which I did not want (an unknown). This was i_B.

I ended up with this

I couldn't figure out how to proceed from here. Unless I made a mistake or otherwise missed something, I have used all the possible node/loop equations, some of which I found were not independent.

Possibly I missed a loop equation which is independent of the others or made some other error.

It must surely be possible to solve this system using Kirchoffs laws (plus one additional equation for the base-current to collector-current equation, aka transistor hfe).

Since writing this document I realized that there are a total of 7 possible loops with this circuit, 4 of which can be created from superpositions of the 3 minor loops. The minor loops are created by drawing "the most simple possible square loops on Figure 1/2/3".

I realized I could choose any path through the system to create a voltage loop equation from the parts of the system I am interested in.

Therefore I can do

which picks up all the things I want: V_CC, V_CE, V_BE, but picks up additonal terms i_2 and i_C which I then don't have any equations which I can use to substitute for these terms without bringing in additional unwanted terms. 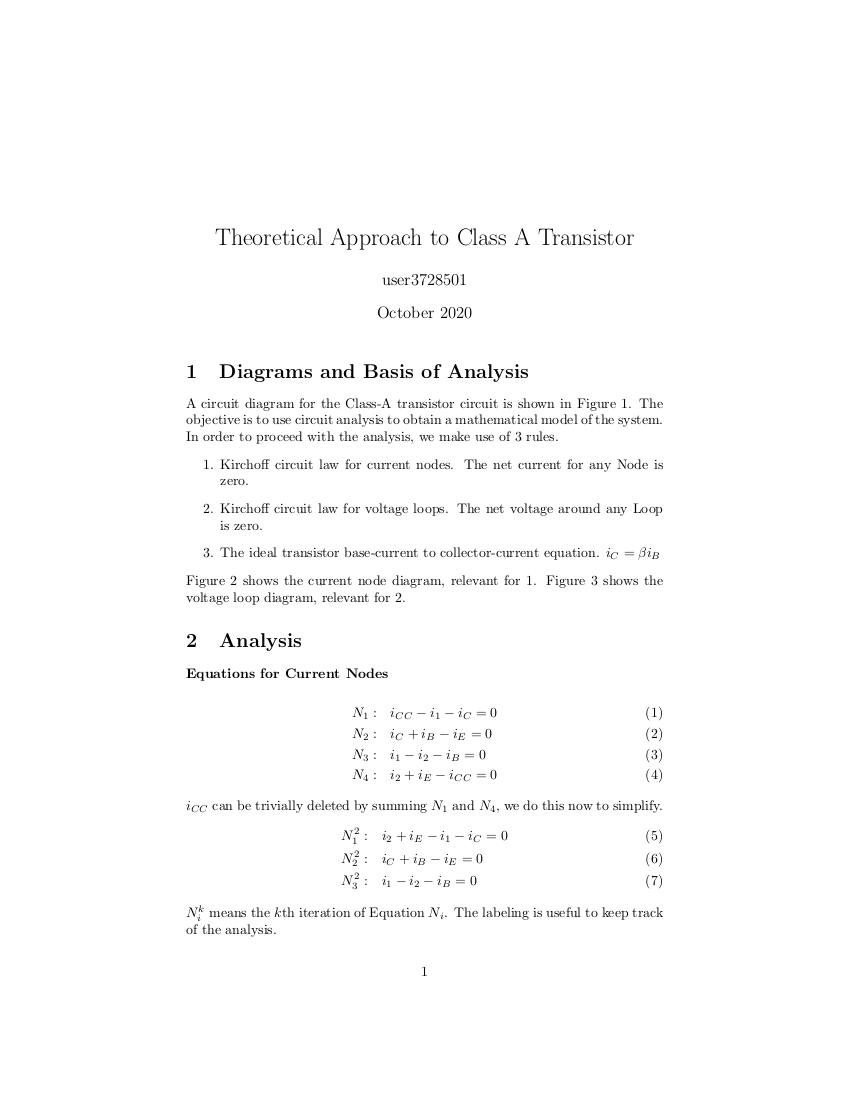 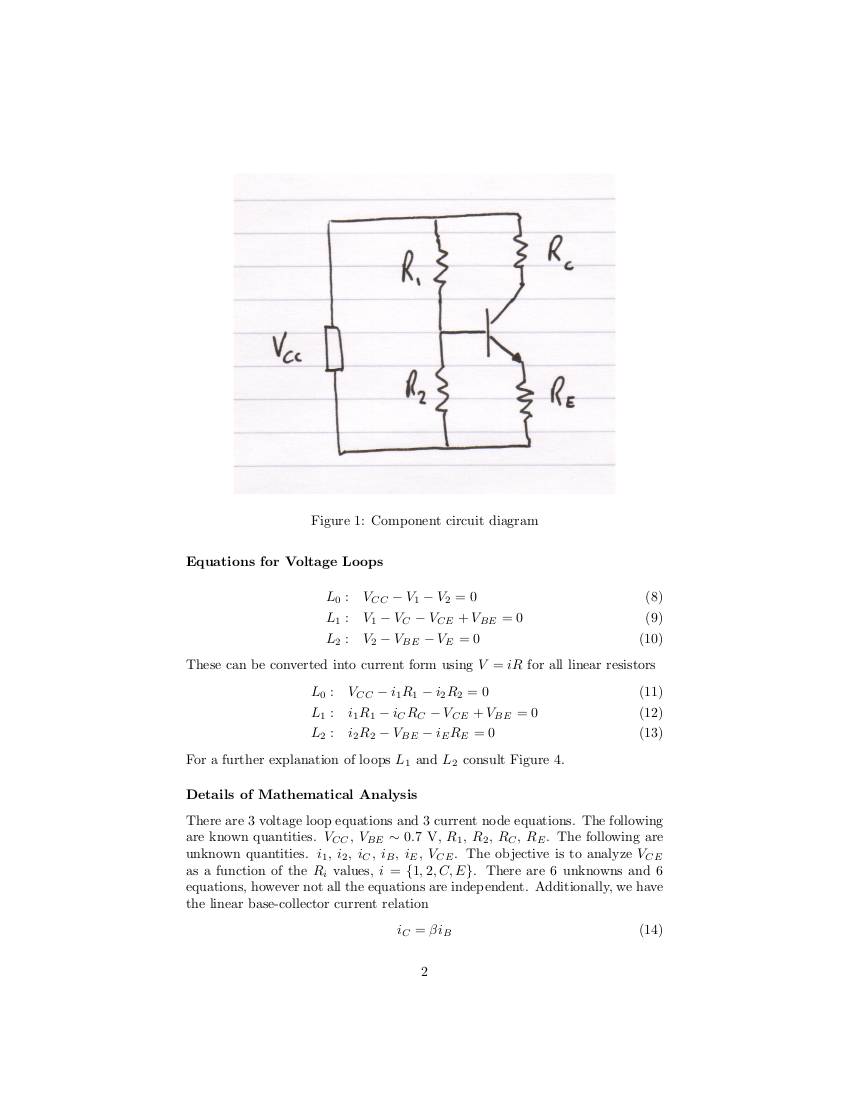 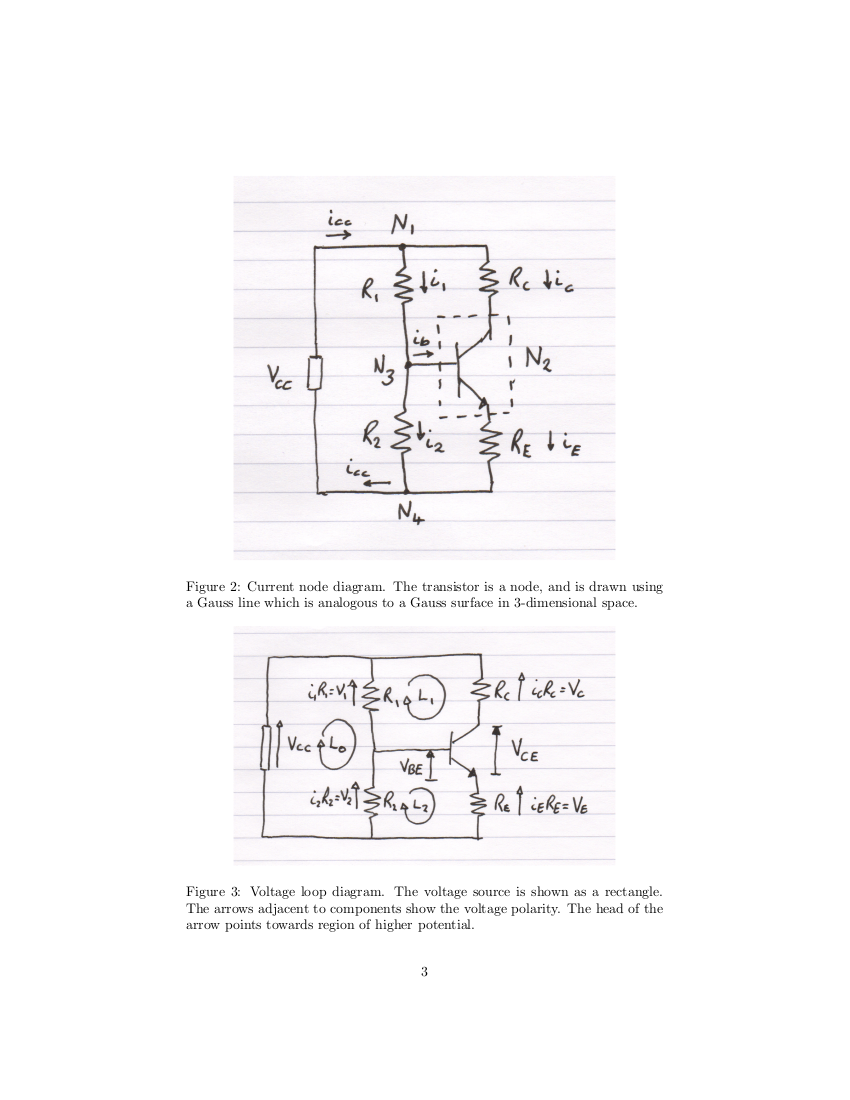 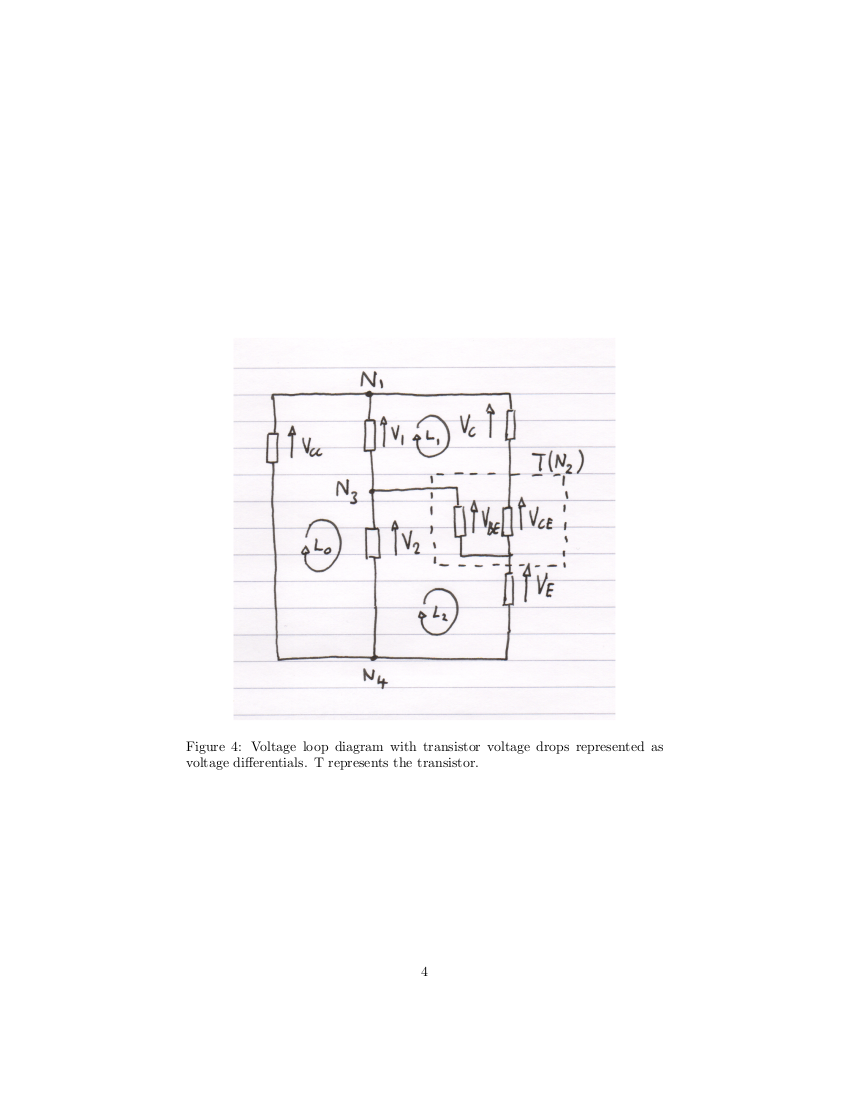 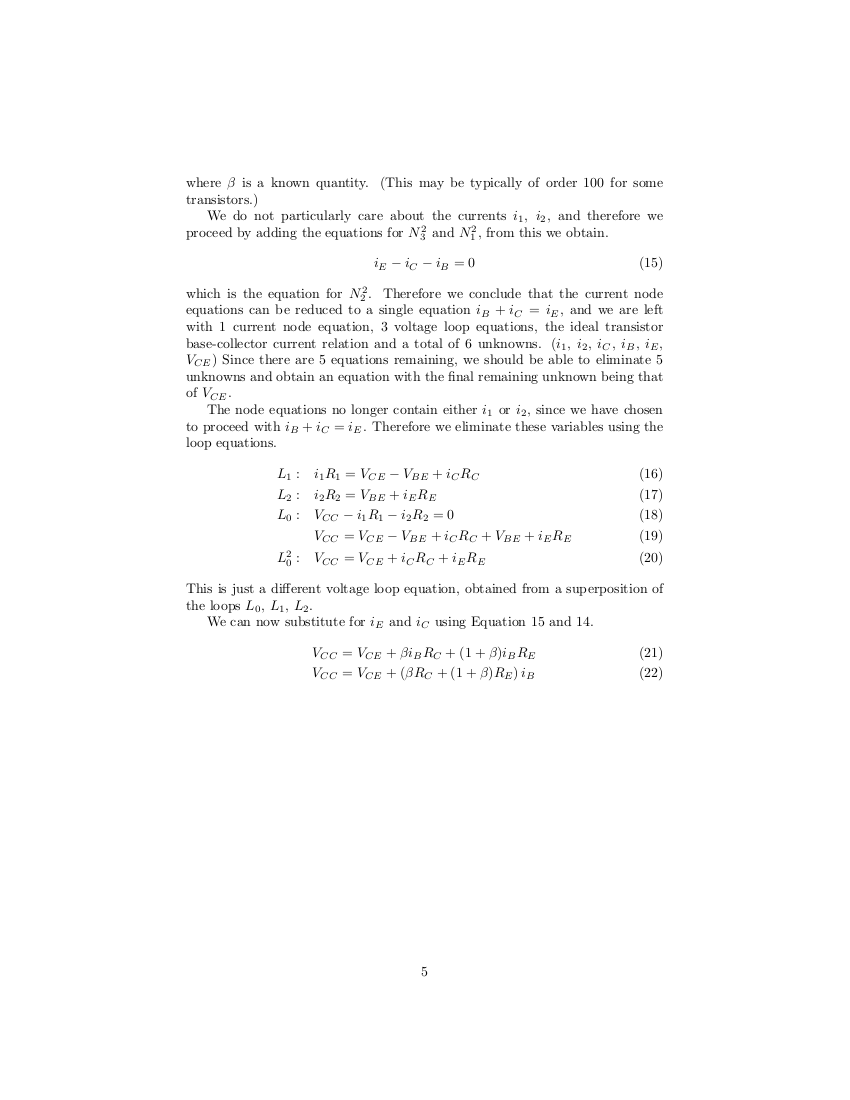 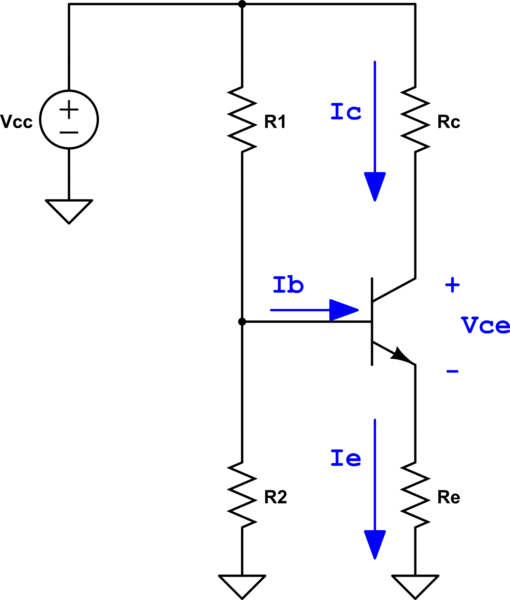 Then, simply follow the Votage drop, you have Vcc that drops with the flow of the currents throughout the resistors and the jump between collector and emitter as follows:

You also know that

If you replace the currents you get

Making it a bit more readable

Not the answer you're looking for? Browse other questions tagged transistors amplifier class-a or ask your own question.