I'm building a rudimentary sonar using piezoelectric discs and I wanted to test it to see if a receiving disc could hear a sending disc. I have the sender hooked up to a ATTiny85 that is sending a pulse train (yellow on the oscilloscope output), and I watch the purple (received) signal. On some other questions here, people suggested I put a 1 megaohm resistor across the receiving disc. When I look at the scope output, it gives a very strange sinusoid while it's clamped in my little testing rig (4 arm soldering helping hand thing). If I take the receiving disc and put it on a table instead, the waveform looks more normal like the 3rd image.

Is the 2nd image a result of a capacitive effect while my helping-hand is gripping the disc? The metal of the claw is encased in some plastic so the metal doesn't touch the disc directly.

My final image is the disc itself with some added wires to it. I did an abysmal job soldering because I'm not that good at it. My question here is, can bad soldering like this introduce capacitive effects of it's own?

My final question: if I wanted to use the signal from one of the images, should I use an op amp to amplify the signal before I send it into an Arduino or some chip with an analog input? I'm thinking of doing that but wanted some quick feedback. The scale on the scope for the purple signal is 5mV per square. 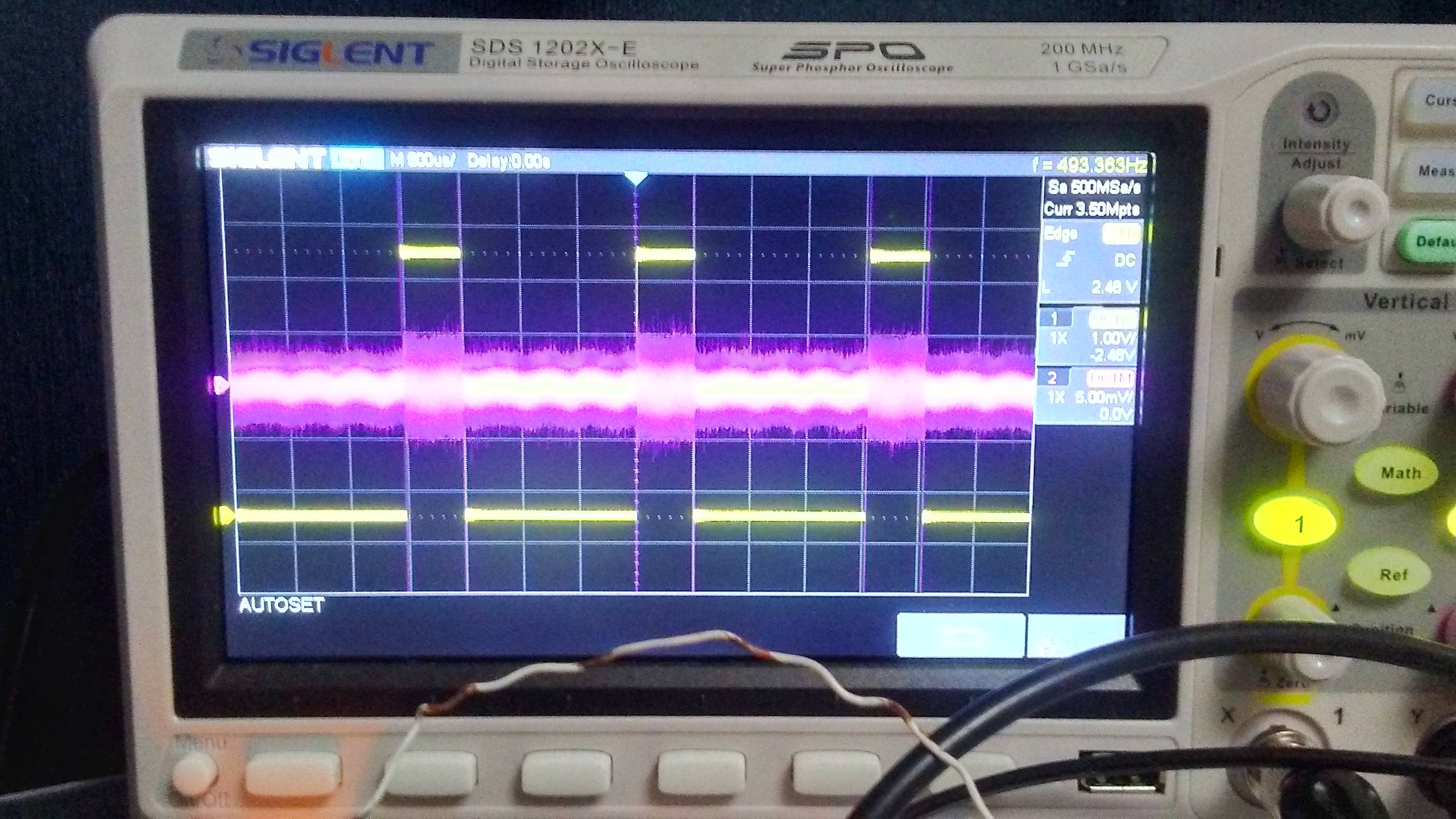 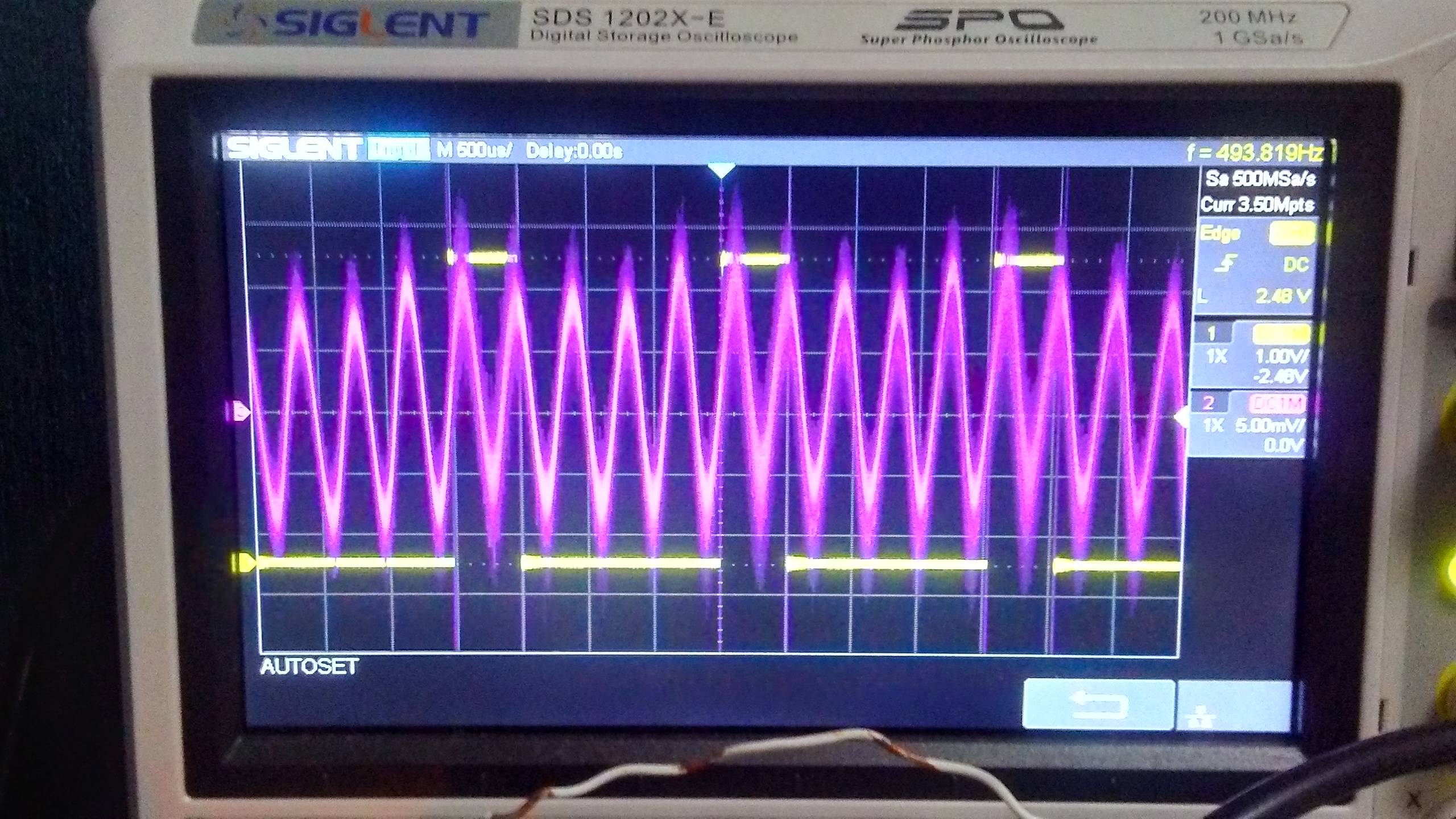 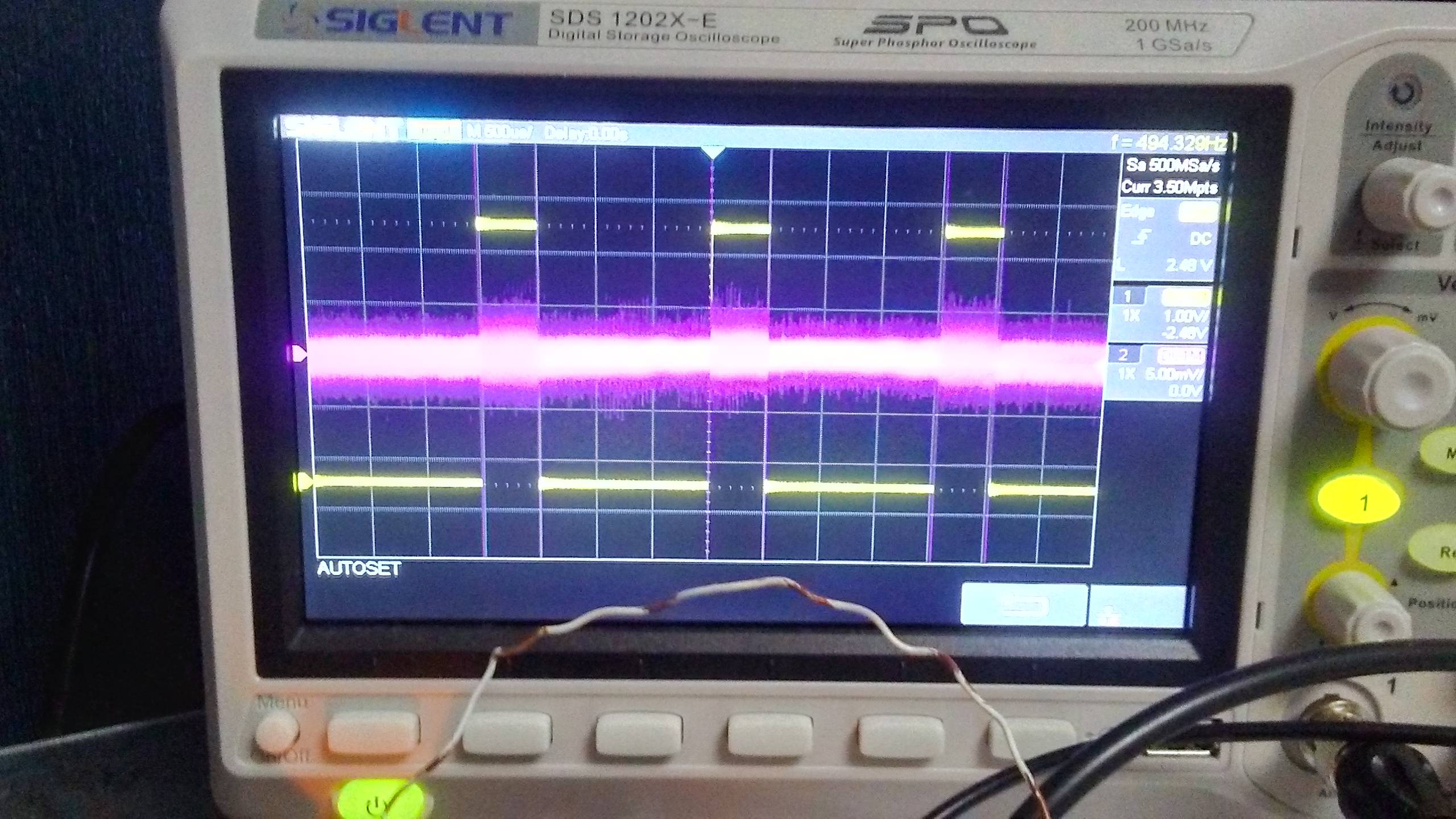 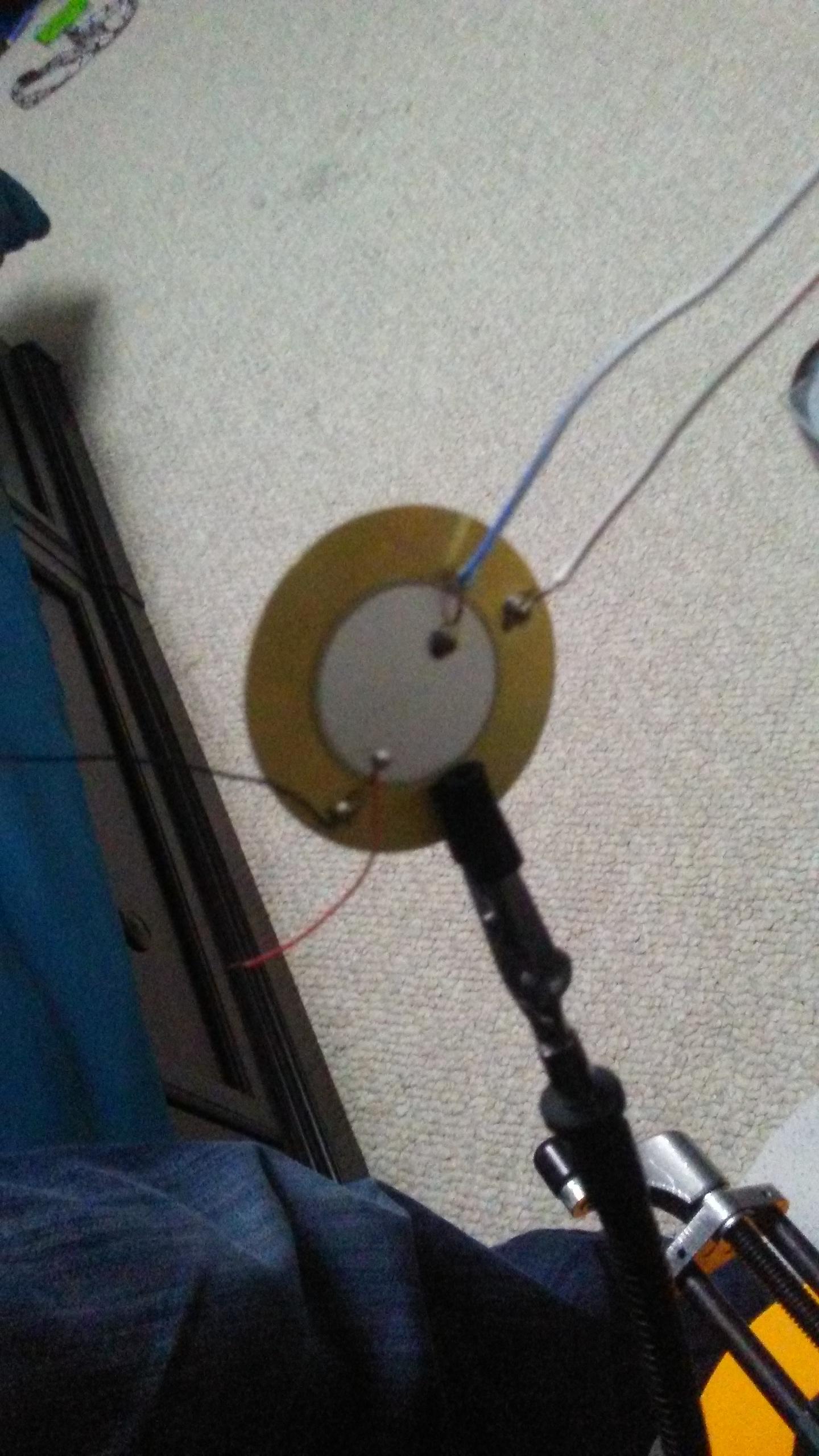 Browse other questions tagged operational-amplifier oscilloscope capacitance or ask your own question.

0
Design challenge: Detect finger-to-finger touch with nothing in between
8
Does it ever make sense to use a 50Ω input with 10X scope probe?
1
Questions from a current regulating and measuring circuit
0
Why would my signal from a piezoelectric device changes while using a voltmeter and electrometer?
11
Setting audio output impedance for output protection
0
Using an opamp to reduce voltage of audio signal
7
Audio signal on oscilloscope
1
Strange behavior of high gain amplifier using AD8000, high speed op amp
0
Op amp current noise reduced by putting pressure on signal cable