Recently noticed my GPU card (Nvidia 1060) made more coil noise (electrical noise, noise level proportional to frame rate) than usual. I discovered that directly behind the GPU chip one of 2 big 470uF, 2 volt capacitors had broken off. I just received 3 replacements (EEF-HX0E471R4).

But it got me thinking about the noise I heard and the remaining capacitor. Should I change the other capacitor also?

The voltage ripple must be bigger with the loss of capacitance, but can the system be designed such that a loss of capacitance can start a domino like degradation of the rest of the capacitors? (I am an EE, and of course I have to overthink it, but I have little experience with ~2 GHz digital design) 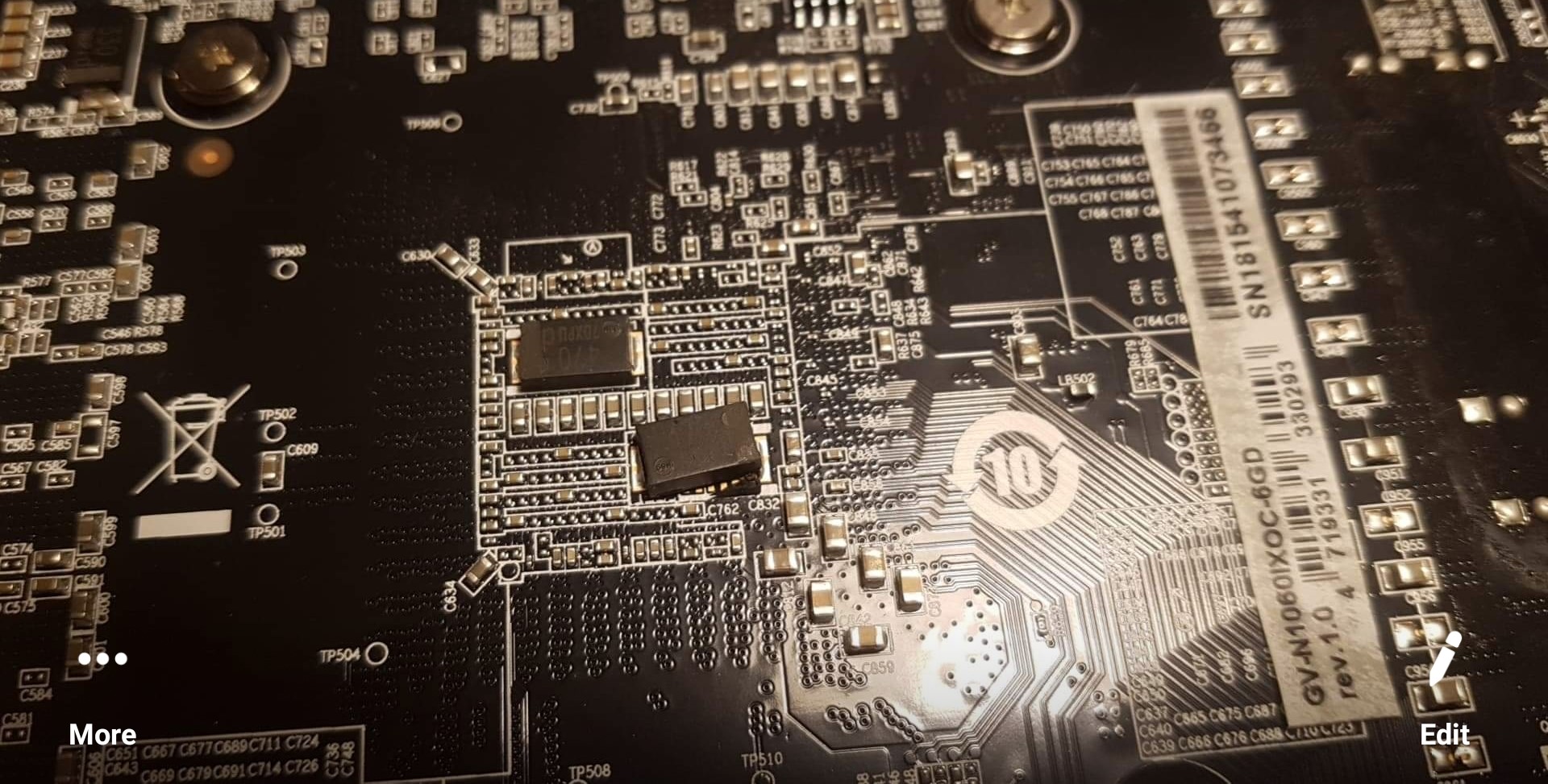 If one of the bulk capacitors was missing it will increase the ripple current the other capacitors are seeing.

This increase might exceed the rated value, which puts it into the realm of undefined behavior (sudden unexpected things might happen).

But increase of ripple current always leads to increased self heating which decreases the expected life of the capacitor.

So I'd replace them all while you are at it - just to be on the safe side (you can't fix the graphics processor if that dies next time).

This document from Nippon Chemicon shows a nice overview of possible failure modes with causes in aluminium electrolytic capacitors: 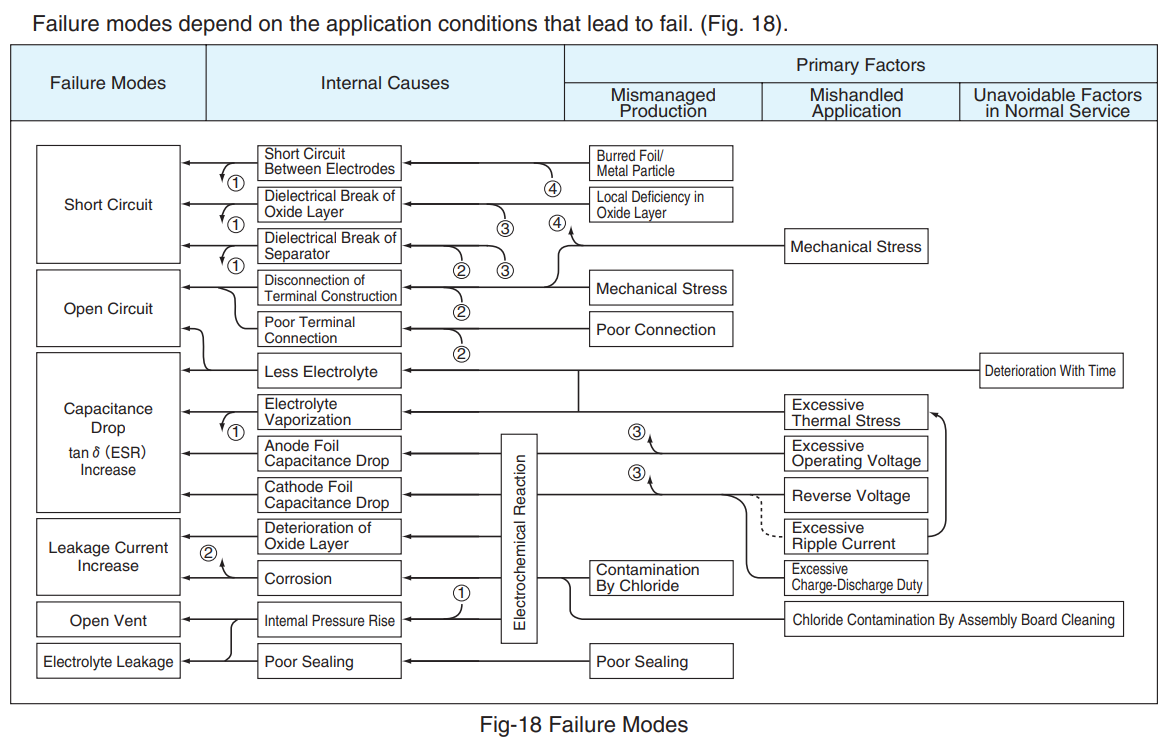 So the main fault mode is the one I described before, but there is a dotted line which indicates that it might be possible for excessive ripple current to lead to a short circuit condition, which would probably end quite bad for the card.

And the datasheet of the replacement part has this note in it:

"Capacitor broken off" sounds more like a mechanical failure than an electrical one; either it was badly soldered, or damaged during shipping and installation, or it's been jammed against one of the cable bundles inside the PC and levered off.

It's likely to be a bulk decoupling capacitor. Losing one of these increases the ripple in the power supply, and therefore very slightly increases the throughput of coulombs in and out of the other bulk capacitors as they try to compensate. I wouldn't expect this to cause them to fail, but it increases the probability of the card glitching under heavy load or dips in the supply from the PSU.

There was, in the early 2000s, a "capacitor plague" as a result of manufacturing defects, but the symptom there was bursting and leaks.

Not the answer you're looking for? Browse other questions tagged capacitor decoupling-capacitor gpu or ask your own question.