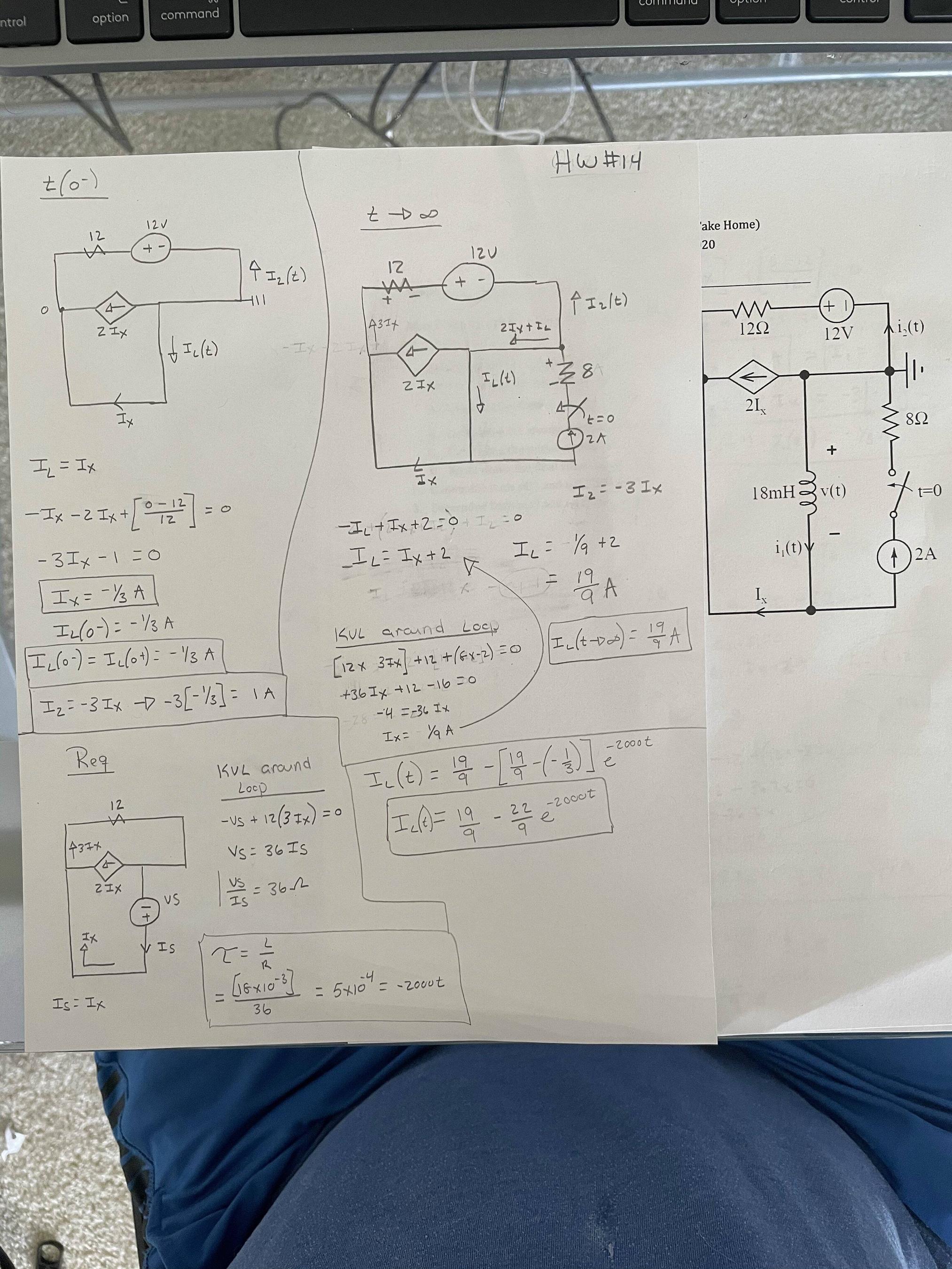 I am seeking guidance on this problem regarding RL circuits because me and my study group are getting two different answers and we don't know why.

Question: After being open for a long time, the switch in the circuit closes at t=0.

Thank you for the assistance.

Always redraw the schematic. Even if you don't entirely want or need to. It's just good practice to get into. See the Appendix below for details.

I'll just redraw the entire schematic as you have it, at first: 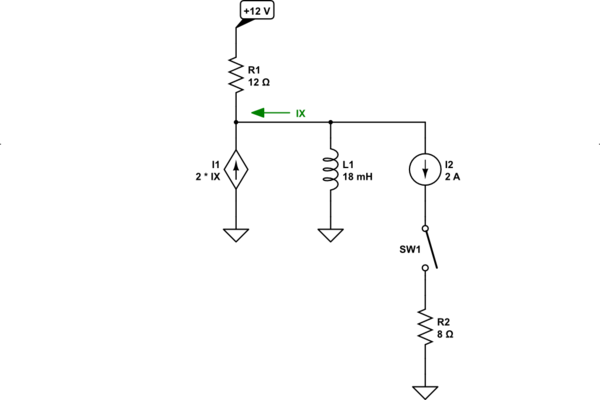 Now, for the case with \$t\to\infty\$, the switch has been closed a long time and therefore there is no changing current in \$L_1\$ and thus no voltage drop across it. Also, \$R_2\$ simply does not matter. \$I_2\$ has infinite impedance and the little \$R_2\$ is completely irrelevant. It cannot be seen by anything on the other side of \$I_2\$. So \$R_2\$ can be shorted out without any loss in finding your answer.

The new schematic (showing a closed switch) is:

That's the magnitude. I'm sure you can work out the direction.

Not the answer you're looking for? Browse other questions tagged resistors inductor homework step-response or ask your own question.

4
Solving circuit DEs: derivative of inductor current should be zero, but isn't
0
How to find voltage across resistors in RC Circuit with 2 voltage sources?
1
Using KVL for a mesh with a switch and inductor in parallel with capactior
2
RC Circuit Transient Response
3
Step response of voltage inverter and RC filter homework question
0
Regarding Magnetic coupled circuit