I have revised this posting on the off chance that someone else in the future is interested in what I discovered.

Background: I originally planned to use an AX159060 wiper motor in my project to modernize the windshield wipers on a 1970s Datsun. It appeared to be a convenient form factor, and was relatively common. However, in my testing, I found that the parking feature worked unusually and decided that a different motor would suit my needs better. The motor I decided to replace it with was an (AE)159300 whose internal switching is arranged better for my application. In my searching, I found a schematic for both the AX159060 and (AE)159300 motors which I have attached below for anyone interested. 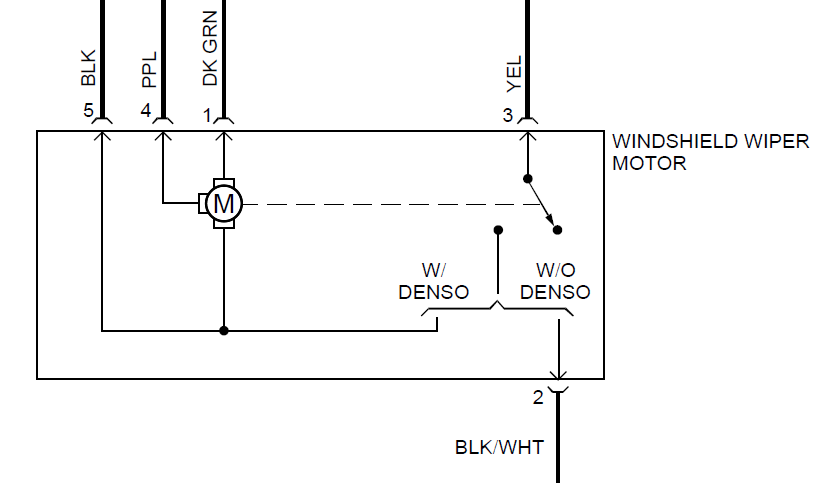 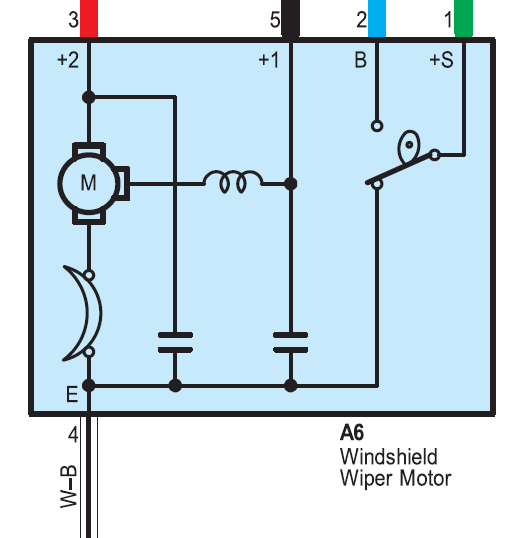 These two wiper motors appear to share a common manufacturer, however I have no proof of this. My hunch is that Toyota makes these motors and then sells them to other companies with unique part numbers according to the application.

I find the Toyota wiper motor to be a convenient form factor, and seems like an ideal choice for design projects or to upgrade from a NLA part.

A SPST switch may be used when the motor is controlled by an Electronic Control Unit (ECU) with two relays - one for Hi/Low and the other for Run/Brake. The SPST switch is read by the controlling Microprocessor. It is possible for the park position to be adjusted - if the Park switch actuates slightly earlier in the sweep, then the micro-controller can delay the brake actuation for a certain time (10s-100s of ms) to optimize the parking position. This time can be programmed for each individual car to take account of mechanical variation and installation tolerances.

A double pole, 3 position, rotary switch is to be used to control the 2-speed, self-parking wiper motor. 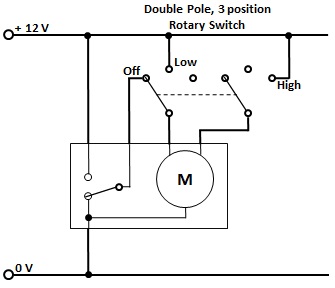 Not the answer you're looking for? Browse other questions tagged motor relay automotive or ask your own question.

3
measuring current drawn from a 3-phase AC induction motor using a digital circuit
3
Relay for Intermittent Wiper Function
1
What kind of motor is this 14-lead beast?
0
How to control RPM of an AC motor with minimal parts
0
Controlling 12V 70A Motor(s) with Arduino MEGA (or NANO) and a 4-terminal automotive relay
1
DC Motor and Relay in series with each other
1
How to stop ESP32 resetting when motor starts?
0
Arduino spuriously resets with power draw