How do a generate a clean, precise pulse wave electronically without jitter?

I am trying to build a simple pulse generator circuit for electrophysiological stimulation purposes. It seems to be surprisingly difficult to generate a square/ pulse waveform where the pulses have precise amplitudes.

To generate pulses I have tried audio output from my computer, the digital outs from an Arduino, and a 555 monostable, and when recorded they all turn out with a bad case of the jitters (randomly varying amplitude).

Below are recordings taken straight from audio out of my computer into acquisition box. I have also tried using alternative generators such as an Arduino and a 555 and got the same jitter on everything.

My primary questions are what is causing this jitter, what am I doing wrong and how do I fix it? I need precise amplitude control. I have tried different recording devices and they show the same thing. 2) How can I get rid of overshoot? I have tried diodes for this and not had much luck. 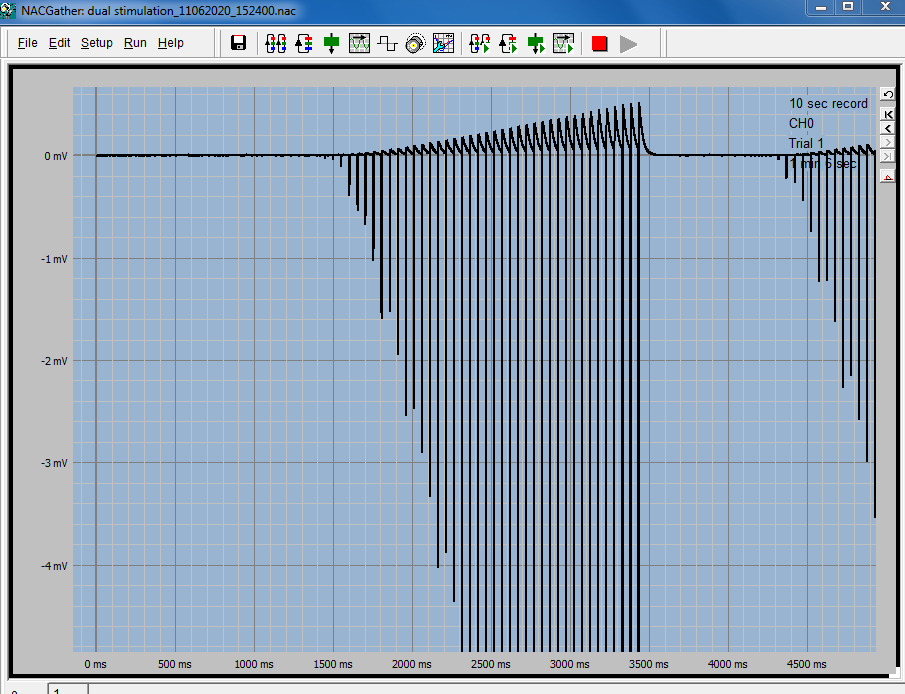 Image 3: Pulses of what are supposed to be equal amplitude with negative overshoot. 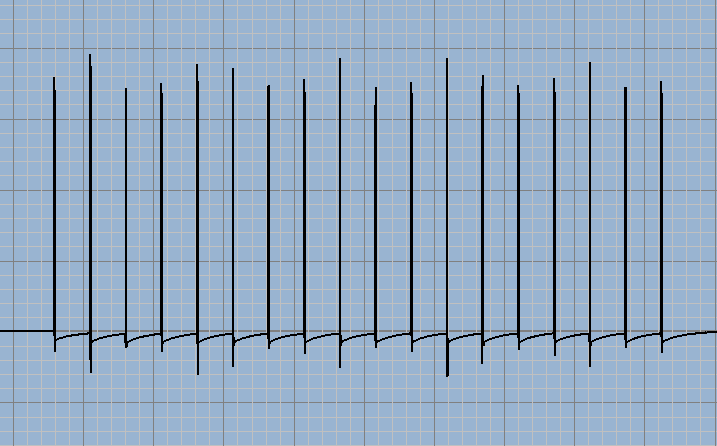 recordings taken straight from audio out of my computer

The main problem with what you are doing appears to be expecting your computer to handle the DC content of your signals. It won't do this and it may well produce the unwanted artefacts you show in the pictures. An audio output or input on your computer is AC coupled; in other words it will neither record nor reproduce any DC content associated with your waveforms. After all, audio doesn't contain DC content so why should your computer (or any audio device) faithfully reproduce what you originally generated. 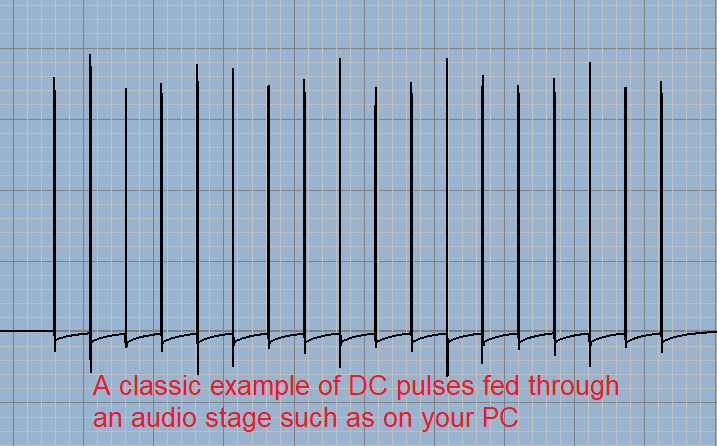 I would try and get hold of an oscilloscope and prove this to yourself.

Amplitude variations are not "jitter" which relates to timing variations.

What you are seeing here looks like sampling artefacts on short duration pulses. You are sampling either before the peak or after it, and missing the peak itself.

Increase the sample rate of your ADC : probably by a factor of 10. Or, increase the duration of the pulses.

Adding to Andy aka's answer: it's not just AC coupling but it's also insufficient bandwidth. Pulses have a lot of high frequency content and typical consumer grade audio hardware will apply an anti-aliasing filter at 20 kHz. Your sampling rate should be much higher than the inverse of your pulse width.

Not the answer you're looking for? Browse other questions tagged wave distortion square jitter or ask your own question.

6
How to generate 30Hz sine wave?
2
How to shift down a square wave at 0 - 5 V?
0
Amplify Square Wave with Simple Mofset Circuit
0
Square Wave (w / Pulse Missing) Generation
1
How can I multiply square wave circuits?
1
Making a square wave which has two different kinds of pulse width
0
Is an FPGA the best tool to generate a continuous flow of square pulses with arbitrary amplitude?
0
Generate clock jitter in a testbench
2
Inducing an intense varying magnetic field with a coil and audio amplifier