I need to identify an SMD diode on a PCB. Does anybody know what it is? 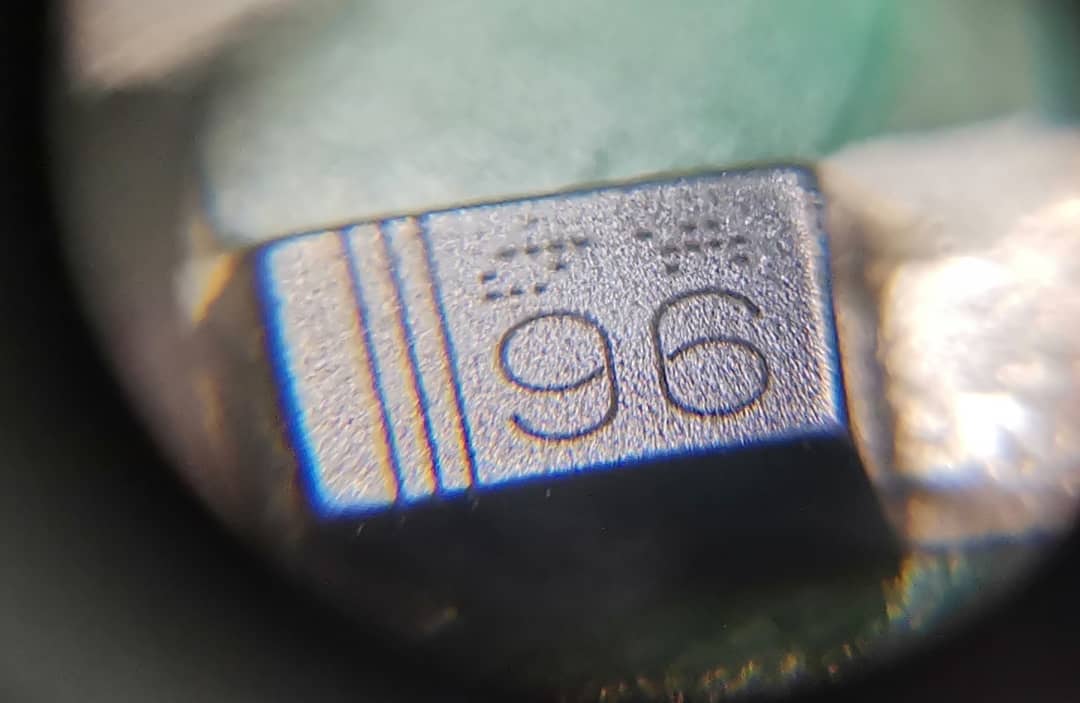 Firstly, what package is the diode in - knowing the package limits the search massively. In this case it's a odd-ball size that comes out as a SOD128, slightly larger than the common SOD-123, and smaller than SMA/SMB.

From there it seems that NXP used the package first, and then more recently companies like Rohm have too (it's not listed as one of their packages until after 2013). This sort of fits as the diode itself looks like it was made with a modern process with the very crisp markings.

Then it's just a case of looking for diodes in SOD128 packages. Rohm has a stock image they use for their website for this package which shows three bards for the cathode, so I focussed on them.

A random stroke of luck showed this in a datasheet for one of their more recent diodes in this package: 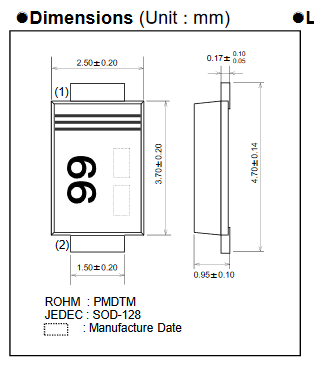 That looks oddly familiar - three lines for the cathode, two numbers for the part marking, and then two small regions which indicate the manufacturing date (the dotty codes in your image).

From there I was sure the manufacturer was correct. So we have type of component (diode), package (PMDTM/SOD128) and manufacturer (Rohm). From there it's just brute force and ignorance until we come across RB055LAM-60, which has the same package, and a marking of 96. Jackpot.

Not the answer you're looking for? Browse other questions tagged diodes identification surface-mount markings or ask your own question.