How to make NMOS resistance emulate a normal resistor?

I am trying to see the behaviour of an NMOS' resistance with gate-source voltage.

This is my NMOS as voltage (Vgs) controlled resistor' schematic (I am doing DC sweep on V2 from 2V to 10V with step size as 1V, ignore the -10V in the sweep in image): 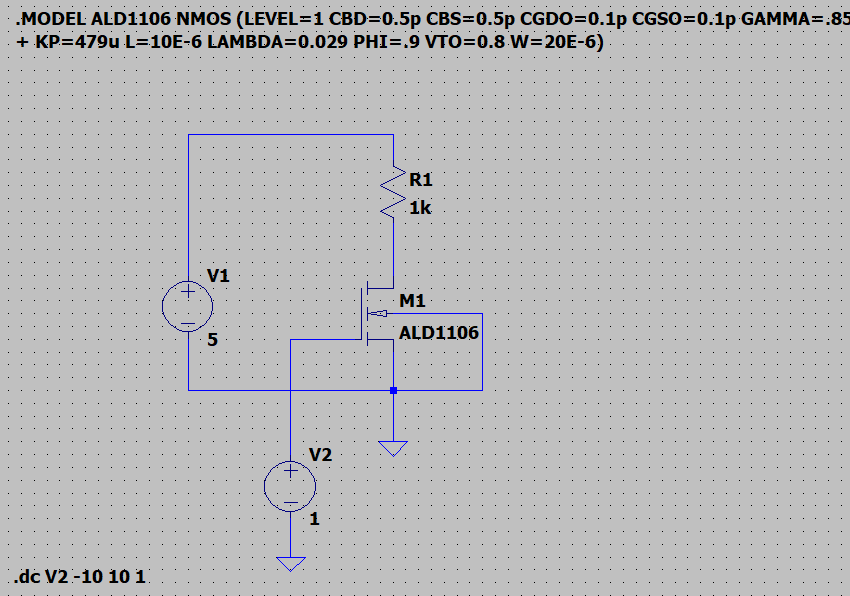 What is going unexpected: The current drawn/flowing the voltage sources V4 and V3 are not same. That means, the circuit on left is not doing a the job of a 1001 resistor. What went wrong? How should the left circuit be modified to emulate the 1001 ohm resistor on the right. I am feeling that I might have done something wrong with placing the V4 voltage source or maybe the NMOS resistance is somehow changing when other resistors are applied due to a new Vds (and not the same as the one in the first image).

However, I am not able to pinpoint the issue. So, how to make NMOS resistance behave like the normal resistor?

Current flowing in V4 and V3: 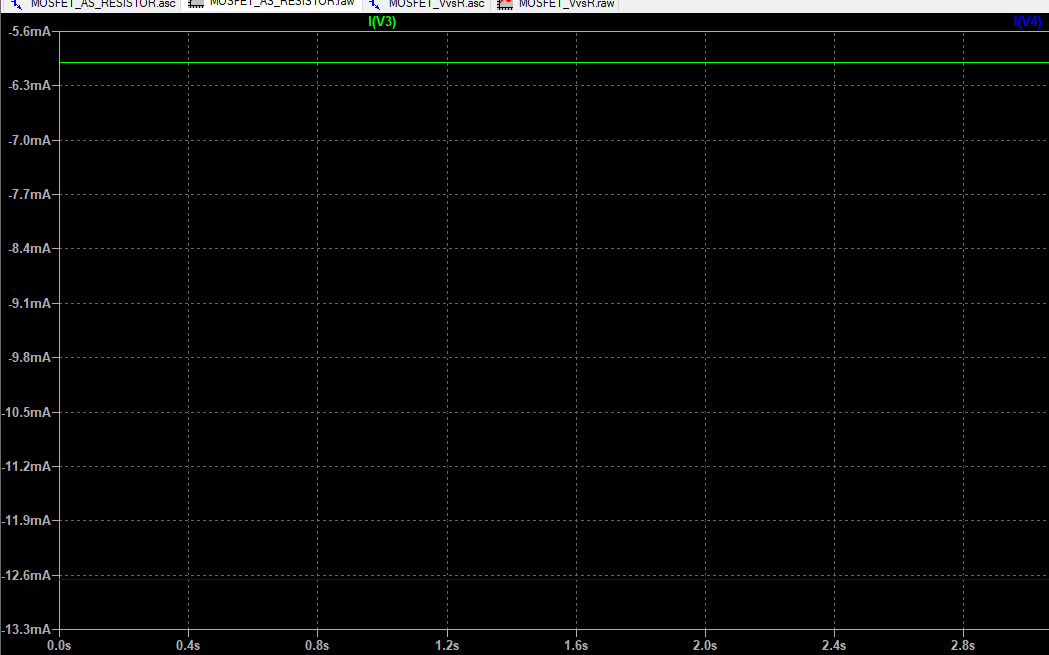 Thanks to BeB00, Fredled and Bimpelrekkie's suggestions, I was able to figure out the issue.

The second mistake I did was connecting the source to ground. The source had to be connected to the node of R6 and R5 and to the negative terminal of a battery. Now, you might think why negative terminal of battery, why not ground? Because, if you connect to ground your R6 resistor has ground on both ends making it obsolete (a resistor with same potential on both ends is similar to it not being there). It is then not the same as the circuit on the right.

Hope this is useful for others!

Not the answer you're looking for? Browse other questions tagged ltspice nmos or ask your own question.

8
How to determine Vth, Kn and delta from NMOS datasheet
5
Pull up resistor in NMOS logic value
1
NMOS - Why is a resistor necessary?
1
How to find threshold voltage of an NMOS with BSIM3v3 model in LTSPICE
0
Simple NMOS simulation error. High voltage drop across the nmos when trying to make a MOSFET switch
2
Effective resistance of a NMOS
3
How does LTSpice model reverse recovery time?
0
High Voltage NMOS layout design in UMC130nm process using Cadence Virtuoso
1
How do i get to study the impact of body bias on NMOS threshold voltage using LTSpice?