I am trying to implement a cross coupled amplifier with OP-AMP feedback. I am not able to get it stable for a square wave however. The circuit looks as follows: 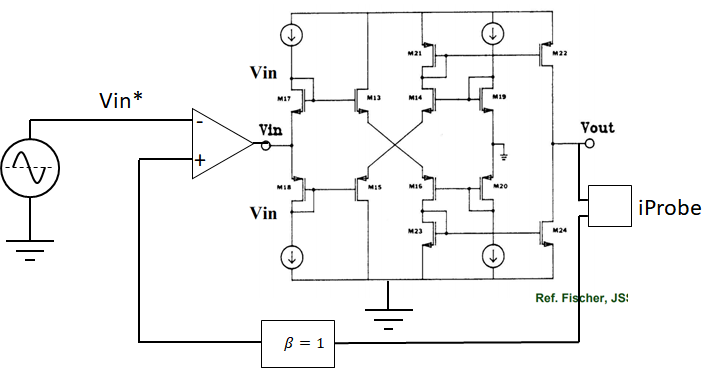 The OP AMP is ideal from Cadence, all parameters can be tuned. The circuit is unloaded. The open loop gain, i.e without feedback, Vout/Vin looks as follows:

As it can be seen the gain is negative, which is correct.

Looking at the closed loop gain there appears to be a zero at ~10 MHz. I have no idea why, because the open loop gain does not introduce any zeroes.

The loop gain also shows that the phase has been shifted to negative, compared to the phase at DC. Hence the entire amplifier is not stable.

The time domain response looks as follows: For a sinusoidal input: 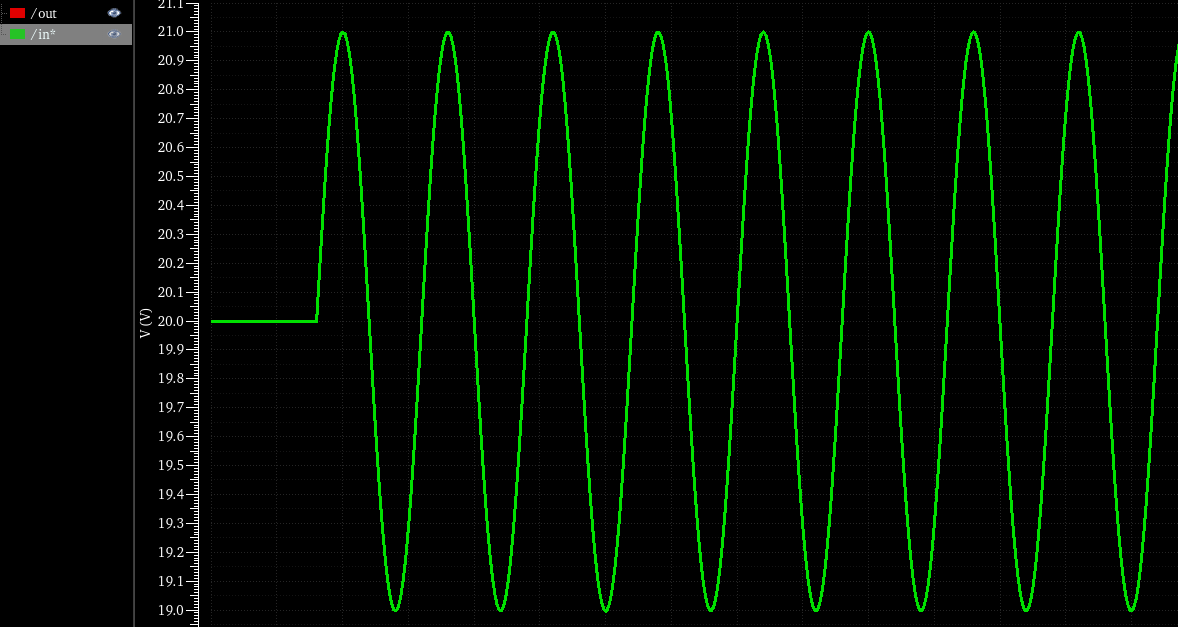 For a square wave input: 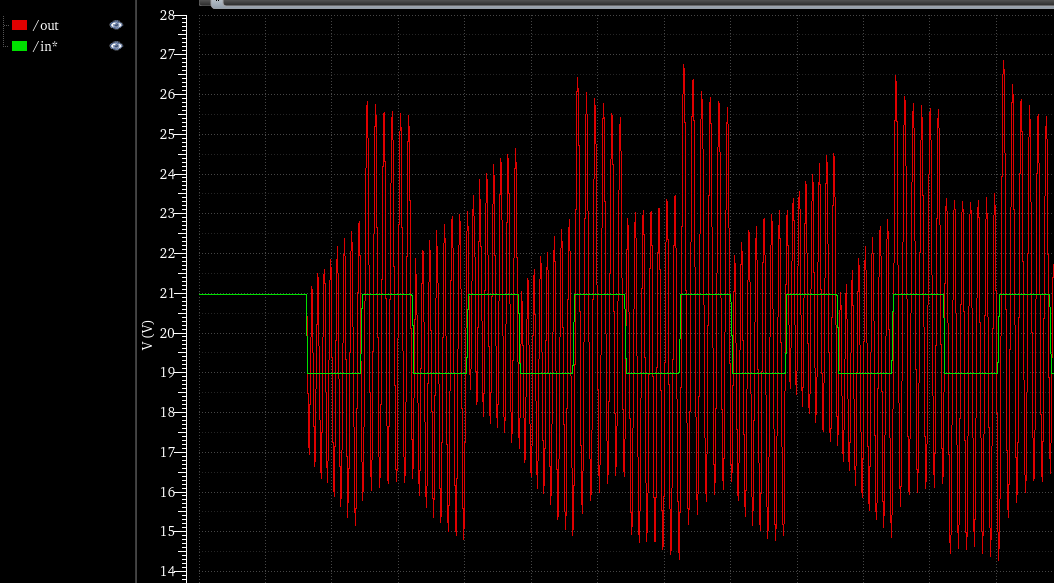 Now my questions based on the observations above:

Any help will be appreciated.

Applying a sinewave and/or squarewave as an input signal to do stability analysis is "silly", you want to see if the circuit generates its own signals (oscillates) so why apply a signal??? The proper way that all experienced EEs use is 1) the small signal stability analysis and to confirm and double check 2) do a transient (time) simulation but with a pulse or a step as the input signal. Then look at the step response of the circuit. Much has been written about stability of systems and their step response (the two are strongly related).

When you have the small signal equivalent model it becomes more evident where the poles and zeros are and what can be done to make the system stable. Many books have been written about making unstable systems stable, there is no need to repeat all that here.