I'm trying to understand the operation of a single coil magnetometer (marketed as "fluxgate", but with only a single coil). I've backed out the schematic as shown. The coil is driven by a 17kHz oscillator (not shown other than as "oscillator").

I'm stumped on the part I've called U4. It appears to be a SOT-143 device with the marking "E9" on the top. There is no continuity between any of its 4 pins to the others. Sadly the diagram doesn't lend many hints either - I was initially leaning to an NPN RF transistor, but the pinouts/functionality don't make sense. Any thoughts would be appreciated. Photo of the part included with U4 circled. 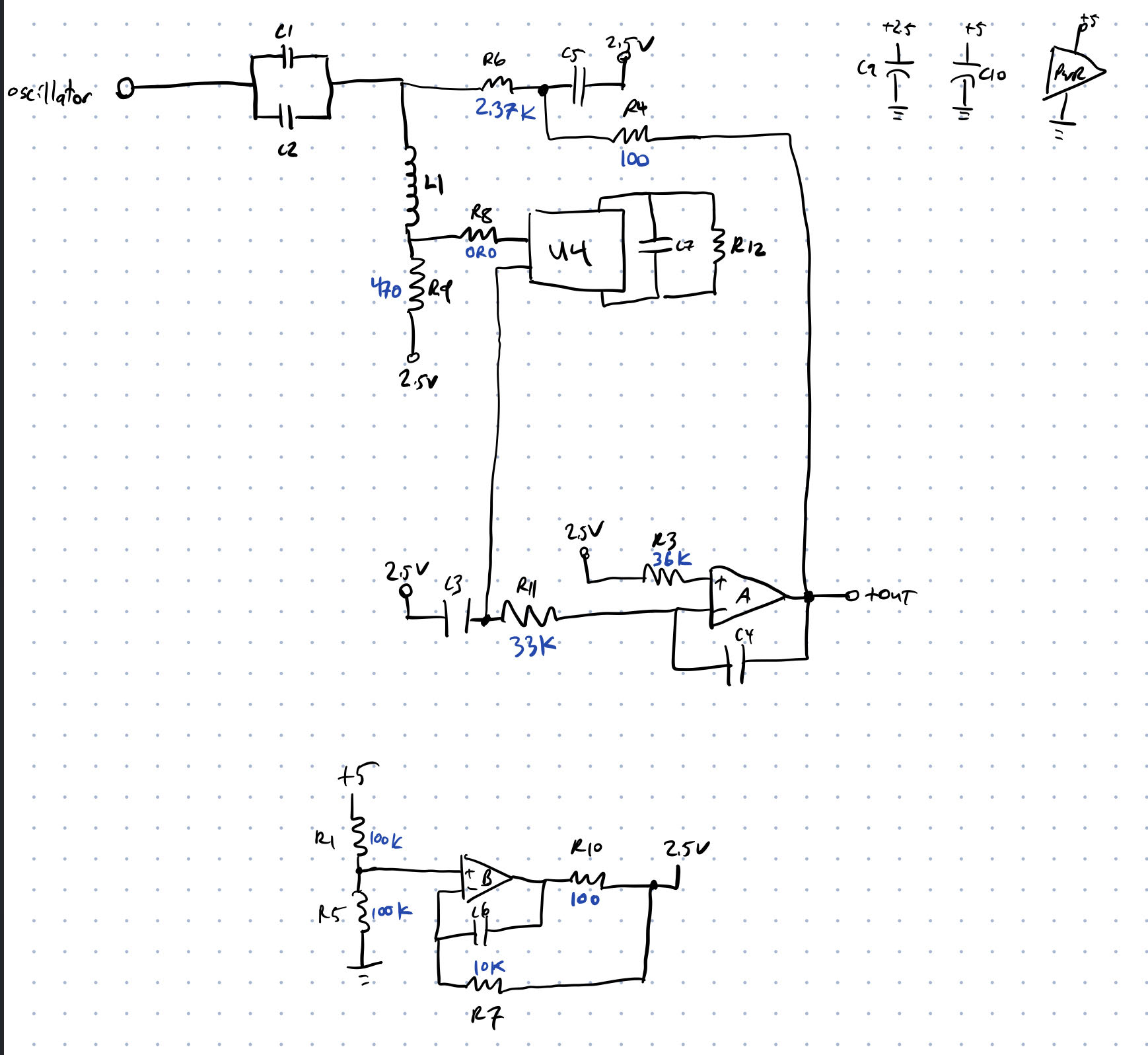 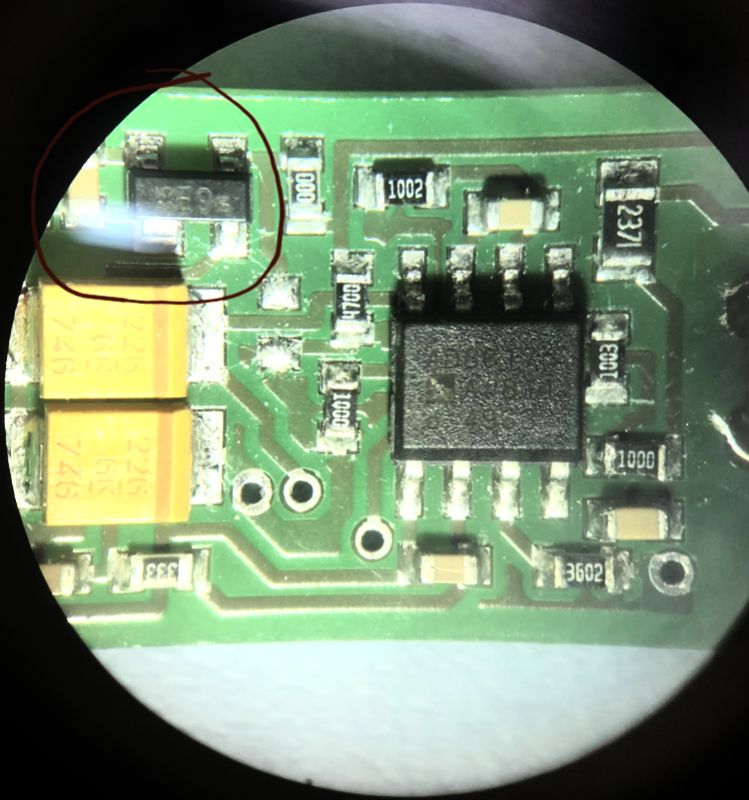 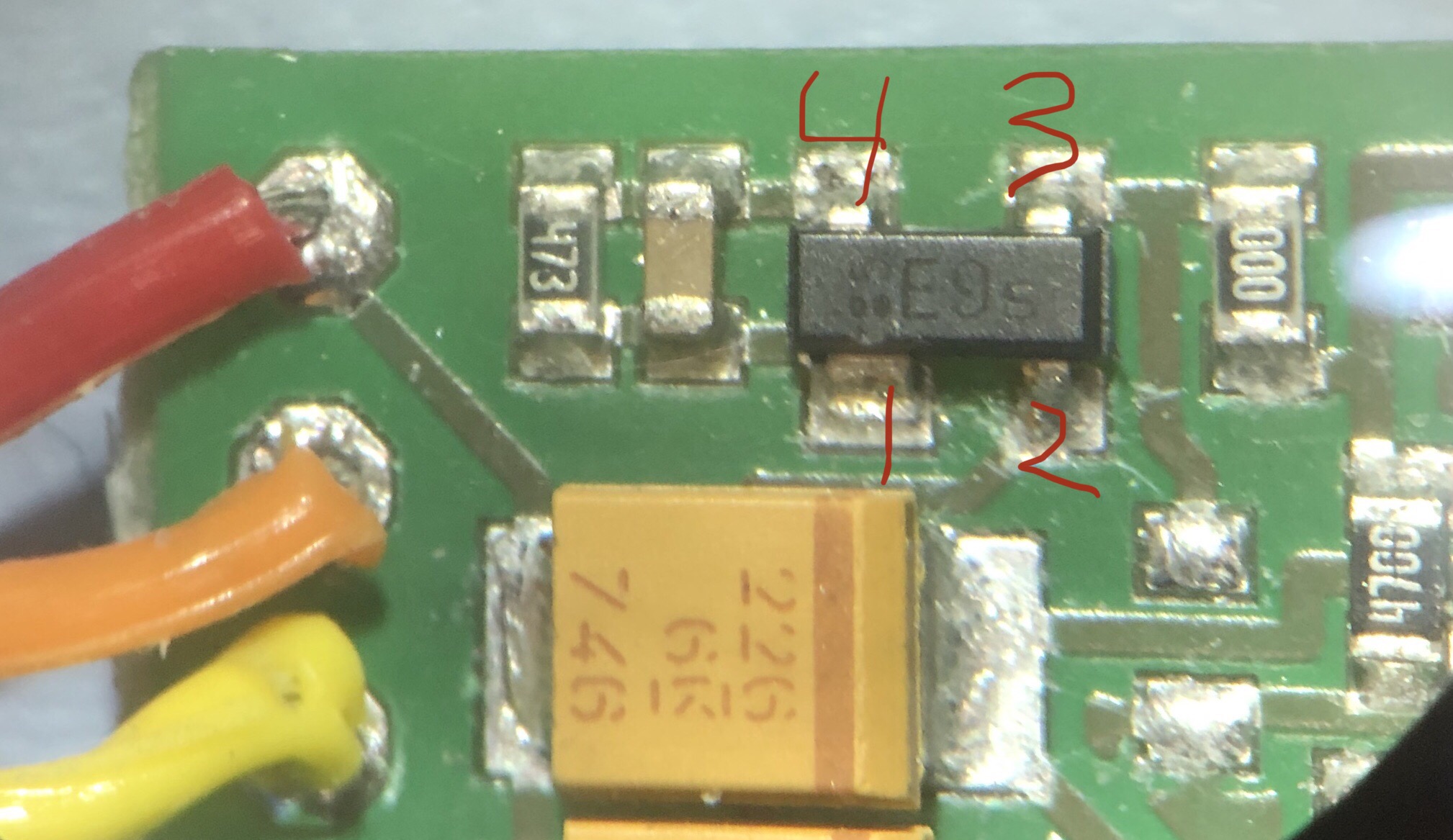 The voltage divider divides the 5 volts in half and makes what you have labeled as "2.5 V" as an analog reference so that your signal can swing positive and negative. You might redraw your circuit showing this as your ground, and it might be easier to wrap your mind around it. I believe the "mystery part" is a diode array, possibly a BAS4002A from the marking. The idea is that the circuit will saturate the inductor in both directions from a symmetrical signal from the oscillator, but if a local magnetic field is aligned with the inductor core, it is added to the field produced by the coil in one direction (and subtracted in the other) so that it will not be saturated symmetrically. This will produce a bias on your integrator at R11.

Not the answer you're looking for? Browse other questions tagged sensor identification reverse-engineering magnetometer or ask your own question.