I am using a LT1719 for the Schmitt trigger. The Schmitt input signal is intended to be a 6 kHz waveform of 0.6 V pk-pk amplitude.

When I test the Schmitt with an individual signal using a function generator, it is working like this: enter image description here.

It means that the Schmitt working individually. However, when I connect the passive LPF output to the Schmitt trigger, there is no Schmitt output even though the LPF output is has a DC value of almost 0.7 Volt. (While is was totally zero crossing before connecting to Schmitt). 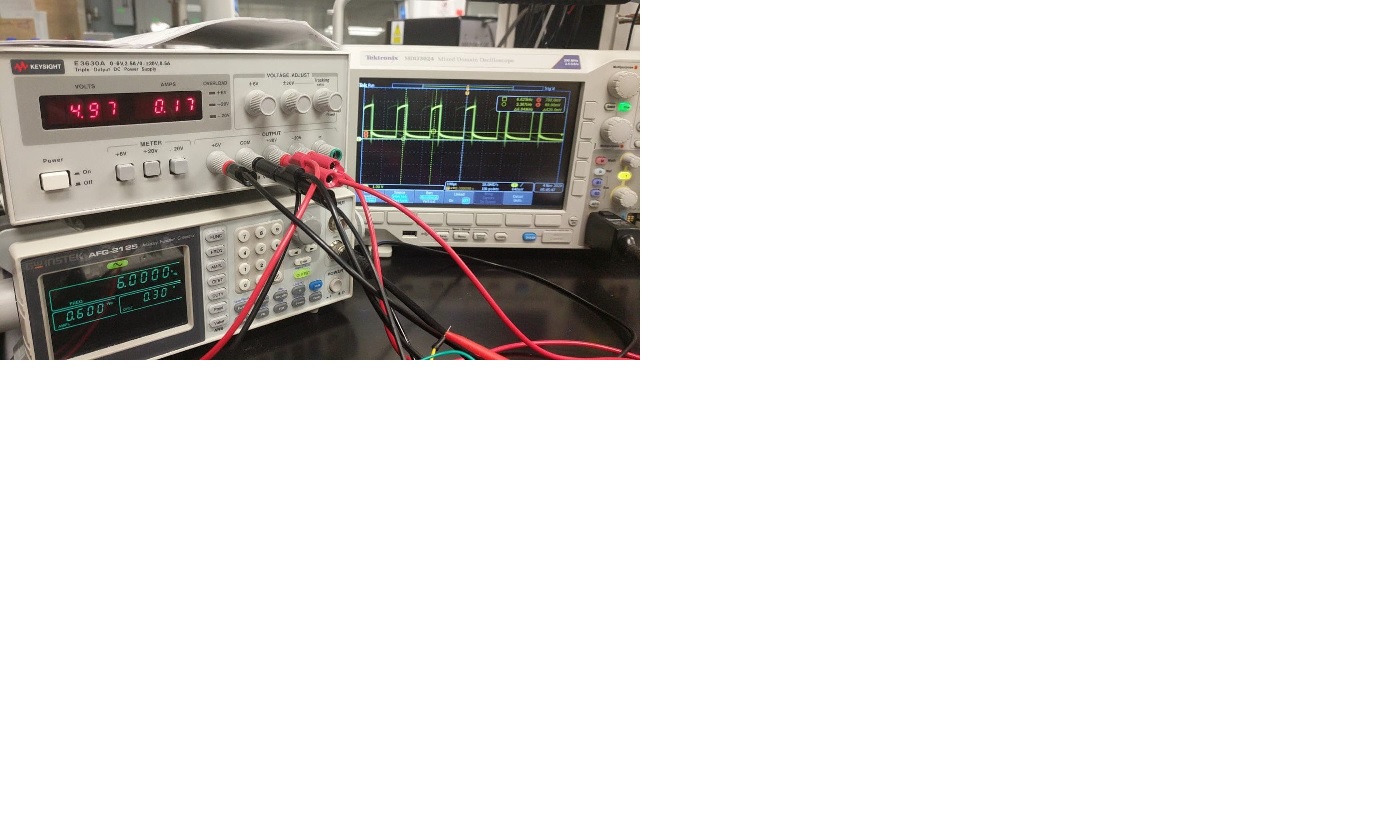 I have checked using a buffer between LPF and Schmitt to reduce the loading effect but there was no output again.

Can you please help me. Thanks.

Could be any combination of several things:

You do not re-establish a stable DC reference voltage for the signal after the lowpass filter. The 1.2 K resistor has a capacitor on each end. As a start, add a 1 M resistor to GND in parallel with the 1.2 nF LPF capacitor.

The LT1719 is not a normal comparator, and has its own internal hysteresis. Why are you adding additional hysteresis around it?

Separate from that, with it running on +/-5 V, the two externally set trip points are +/-326 mV. (Maybe - I have not worked through the output stage configuration.) That is 0.652 V peak to peak, which is greater than the input signal.

As previously mentioned, the problem is the DC level after the DC coupling. There is no DC path to ground on either end of the 1.2K resistor...except the LT1719 inverting input. Taking a look at the LT1719 datasheet, specifically the I.sub.B "Input Bias Current" specification, 2.5uA of current will typically flow out of that terminal (positive values flow into a device) into your Passive LPF, with limits of -6uA to 0uA.

There is also a graph labeled "Input Current vs Differential Input Voltage" that shows it is a little more complicated than the one number I.sub.B captures (which is the value at 0V differential input). So this current will not, and could not charge the DC level to infinity, but the mean value of that curve is negative so the DC voltage at that input will have to rise considerably to reach equilibrium.

With the output stage configured to run between +3V and ground as you have shown, the trip points should be ~0 and ~200mV using the positive feedback resistor values chosen. It would not surprise me at all if the LT1719 input bias current were charging the LPF DC level to the 700mV reading you mention, which is keeping it from tripping even with a 600mVp-p square wave riding on that. [700mVdc - 600mV/2 = 400mVdc(min) > 200mV trip point.]

To fix this, either provide a DC path to ground, or remove the DC coupling. The choice depends on why you wanted the DC coupling in the first place, and how you want the overall circuit to behave. A 1 Meg-Ohm resistor that bleeds a few micro-Amps to ground will cause a DC level of a few mV, but it doesn't seem like precision to that level would be a concern in a circuit like this.

Not the answer you're looking for? Browse other questions tagged operational-amplifier circuit-design noise schmitt-trigger or ask your own question.