How to find the total phase of this transfer function

I'd always understood that in a transfer function, every pole contributes -90 degrees in phase and every zero contributes +90 degrees in phase. Based on this assumption, I would expect the following transfer function to settle at a total phase of 6*90 - 90 = 450 degrees. However, wolfram alpha shows the phase at 360 degrees. Do you know where I've gone wrong with my logic? 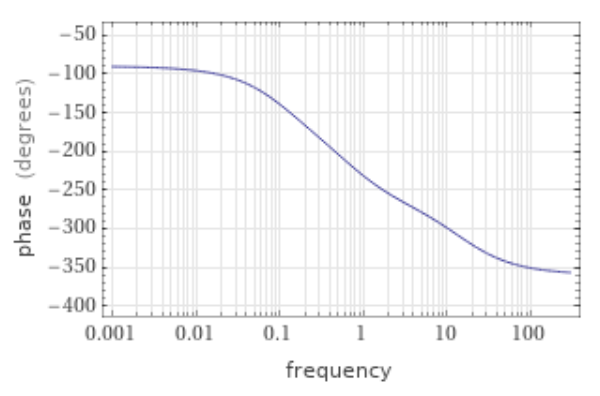 There is no error in the phase response given by Wolfram Alpha. If you look at your transfer function, you can see the combination of three components:

The first component will shift the phase down to -90°. This is because the zero is located in the right half-plane, indicated by the minus sign in the numerator. Should you have a plus sign instead, the zero would be in the left half-plane (a LHPZ) and the phase would lead up to 90°.

A quick Mathcad sheet shows the response of your formula while going through different arrangements. As expected, at frequencies beyond 100 Hz, the phase is 0° as predicted: 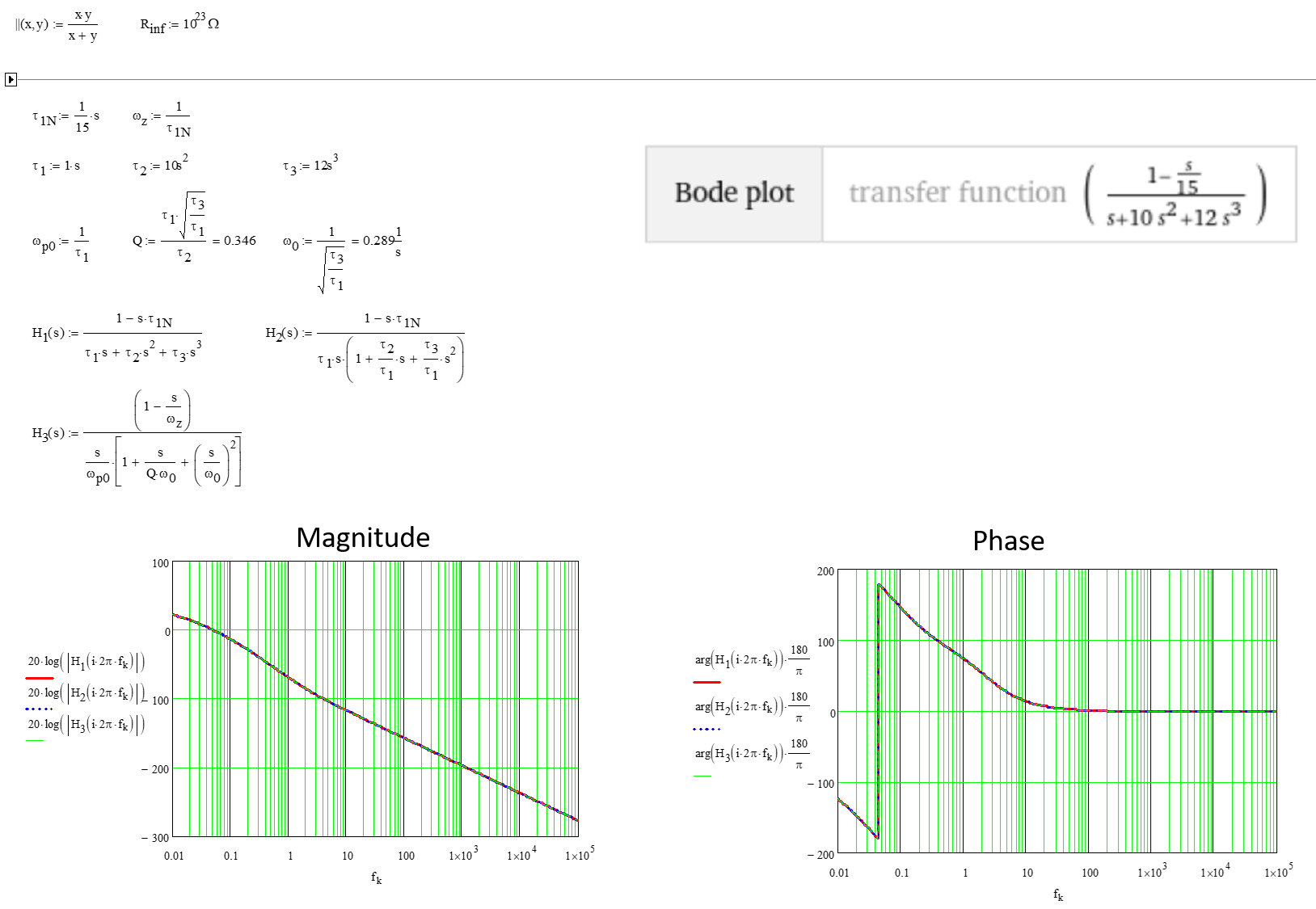