Why overshoot happens in Inductor voltage in an open loop DC-DC buck converter?

I am extremely confused about why this overshoot occurs in the Inductor voltage waveform in buck converter and also why the time to achieve steady state reduces on increasing the load resistance.

These are the waveforms that have been formed for two different load resistances (1. 12 ohms, 2. 36 ohms). Please help me understand why the two waveforms differ on just changing the load resistance. Please do provide a good reasoning as I am extremely confused after hours of googling! 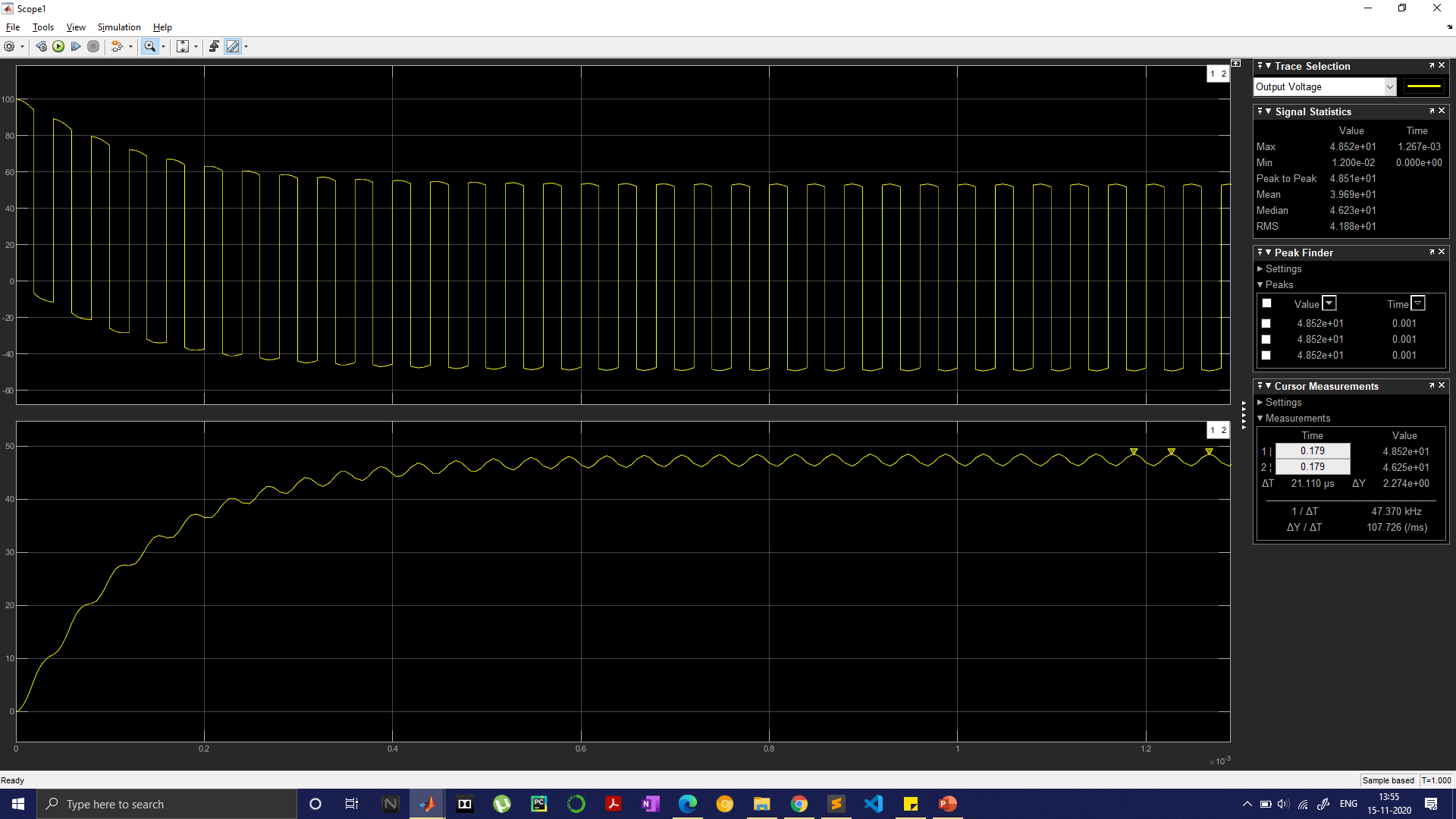 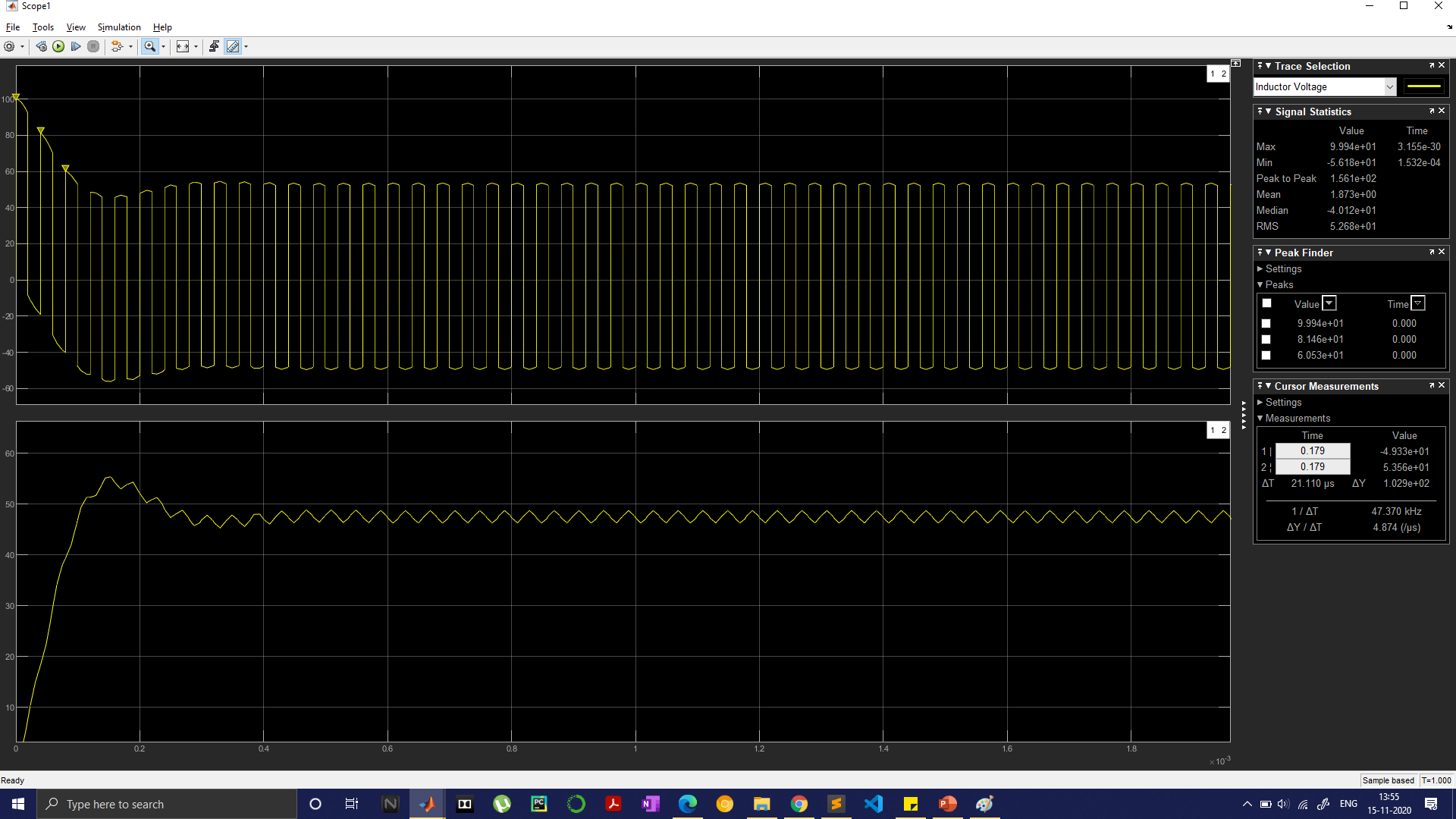 I thought I would put together a quick simulation to illustrate a key point. The response of an open-loop, fixed-duty-cycle buck converter is going to be almost exactly the same as the response would be to a step voltage applied to the same LC filter and load, where the step voltage is equal to Vin * D, where D is the duty cycle.

So, for example, if Vin is 10V and you apply a 50% duty cycle to the buck output filter, the voltage response of the buck will be the same as if you applied a 5V step function. See below, where I have done exactly that. The red and blue traces are just about on top of each other. 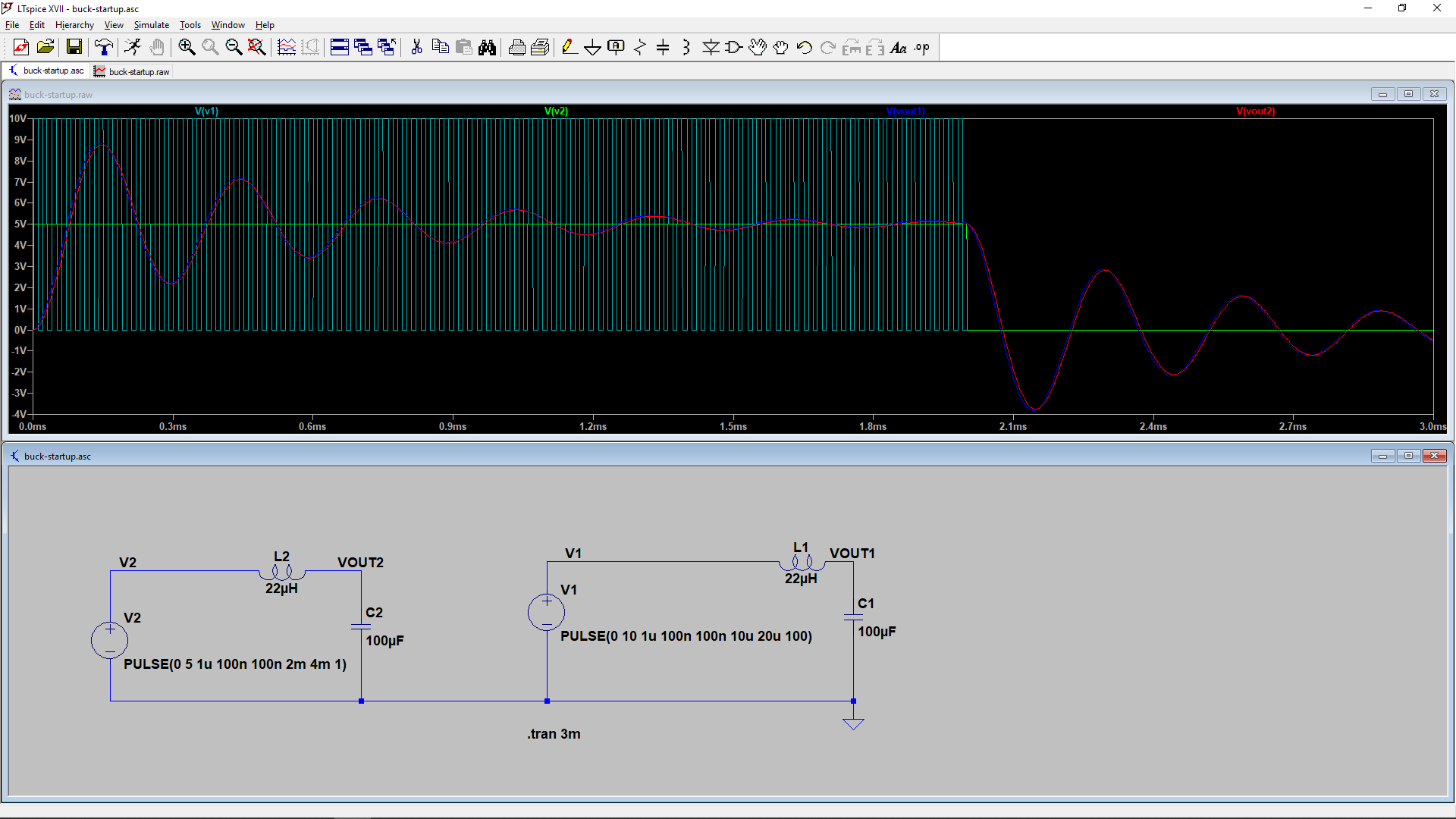 So, now that you see this, you should realize that whatever ringing and overshoot you experience is not caused by the buck, per-se, but by the step response of the LC filter and load. Adding a load to the output will tend to stabilize the filter. Series resistance in the inductor and capacitor will also contribute to stability (a little bit).

So your circuit can be understood mainly by looking at the theory around LCR circuits, including damping factor.

Not the answer you're looking for? Browse other questions tagged power-electronics buck buck-boost or ask your own question.