It's possible this question has been addressed, but I don't understand the terminology to know if it has. I have taken apart several of my older BNC-style home security cameras. What I'd like to do is take the infrared light board and power it up independently to be a supplement night light to the replacement cameras. 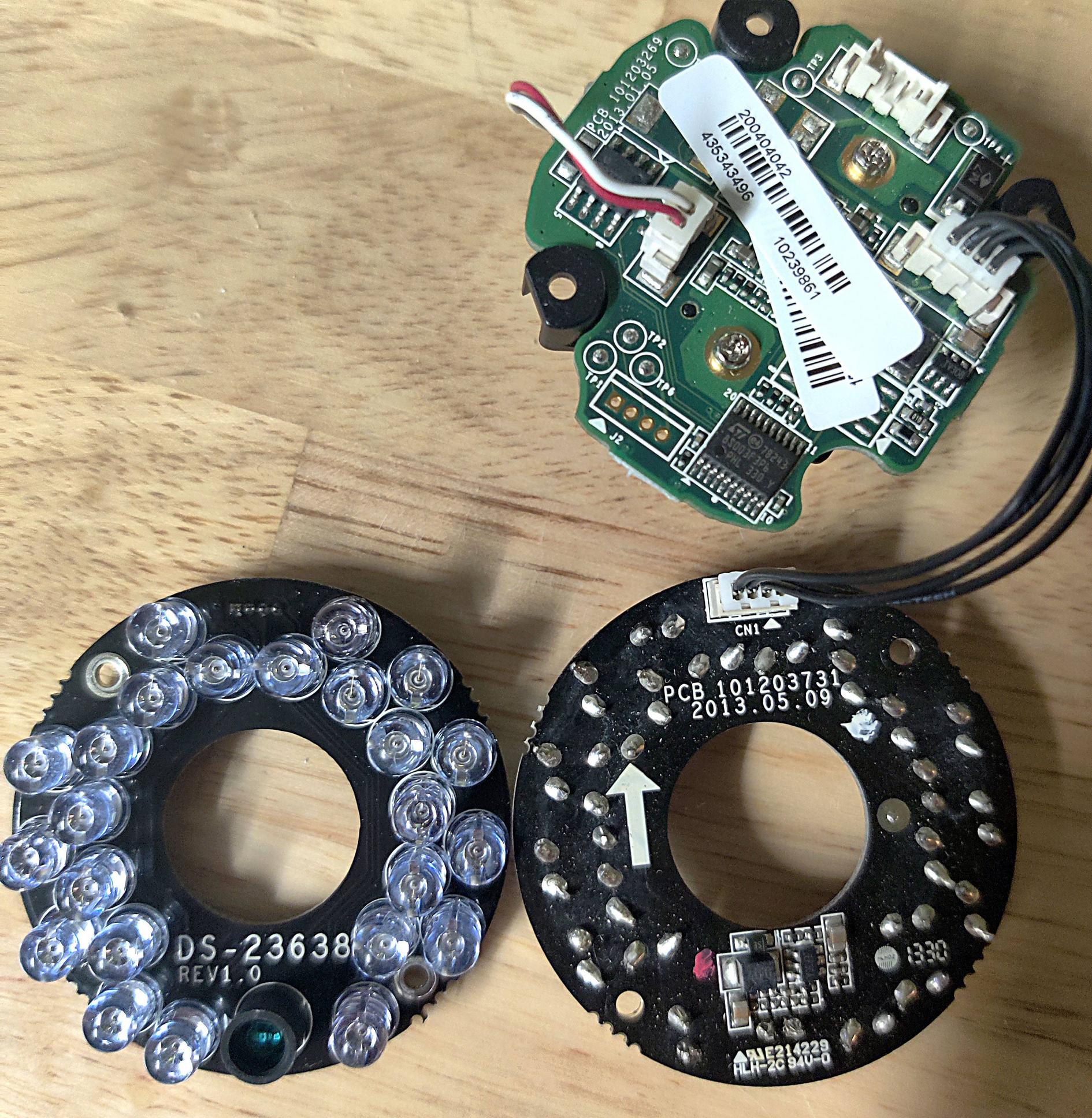 The top-right board is the back of the camera. The bottom-right is the back of the IR board. The bottom-left is the front of a different IR board, for perspective. My goal is to figure out how to wire up a 12v source (because that's what the power to the camera was) to just the IR board to have it stay on all the time. I'll plug it into an Zigbee compatible plug to control when it turns on and off.

But I have no idea which of those 4 leads are the positive and negative. Is there a way to tell (other than guessing), which ones are the power connectors?

The connector and the PCB itself gives some hints:

So if these conclsions are right we got the following pinout:

From a EMC standpoint its quite a good idea to have (analog) signal cable spatially seperated from a power line on which one end a switching power supply draws current and produces noise. Last but not least we can see a capacitor on pin 1 of the connector on the green PCB, which also indicates that this is a power line.

For further investigation I would suggest that you measure the traces with a multimeter. Maybe measure the resistance between pin 2 and 3, if its low the pins are connected. Then measure the resistance between the power socker on the camera and the pins on the connector. This should finally give you the right wiring information. No guarantuee that you can put 12V on the IR PCB, maybe its stepped down one the green PCB or elsewhere.

Hope my guesses and analysis of your PCBs could help.

Edit: As Passerby suggested there could be an enable pin for the converter. So maybe just Pin 2 or 3 are connected to ground and the other one is for enabling the converter. This means that you may need an additional signal to turn on the LEDs.

Not the answer you're looking for? Browse other questions tagged pcb wiring or ask your own question.