Why LED street lamp can parallel LED without damage? 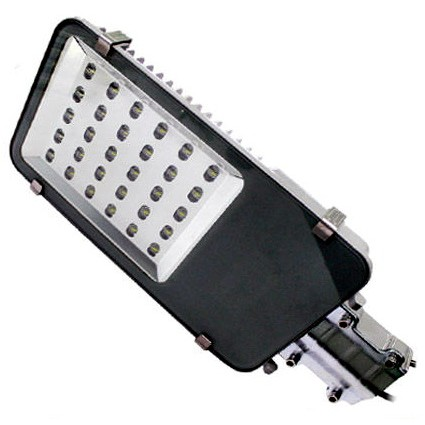 I don't know much about this LED but it use about 30V to drive and I design CC drive for it. The white LED usually got Vf about 3V. My lamp got 90 LEDs on it, so I assumed the schematic look like this (10 LED in series x9 in parallel). Why we can use LEDs in parallel in this situation? I remembered we should not parallel the LEDs.

Note: This schematic is just my assumption. If you has real schematic please share.

Here's an excerpt from some Yuji LED datasheet:

So yes, if you order in quantity you can get LEDs with good Vf match. Wiring them in series strings means the Vf mismatches add and substract which increases the probability that total Vf will be closer to (number of LEDs x average Vf).

If they are mounted on an aluminium PCB which keeps them all at the same temperature, Vf under load will track pretty well. This means they can be arranged in series/parallel strings without resistors or other current sharing/limiting devices. This is very common in LED lights.

If the LEDs are not binned by Vf, and especially if they are at different temperatures, then it wouldn't be a good idea to parallel them.

You should not parallel leds, when you do not take the time to ensure they match in forward voltage drop, current draw and temperature curves, or more. The advice to not parallel leds is an often regurgitated statement without critical thinking. Like anything else, if you look into the reasons behind it and the math and practical application you know its just more complicated.

Parallel leds are used in multiple applications and its not a problem when you match the leds. Commercial products like the street lamp are one of those applications.

An incoming or source-inspection process could match the LEDs reasonably well. Still, there's probably a low-ish resistor on each series string to compensate for any residual string-to-string Vf difference that may come up.

If you add the LEDs into long serial chains connected in parallel, you add a lot of very small resistors to the chains. The short and wide connection between two chips has a very small resistance, much less than a milliohm. But a chain of 10 or more has small total resistance stabilizing the current through parallel chains.

A street lamp for 110 V AC may use chains of up to 50 LEDs in series. Using a small number of long chains there will be no problem.

If longer chains of LEDs are used, sorting of the LEDs to get very similar chains would be easier and more efficient.

Mismatch and thermal runaway destabilize parallel LEDs. Matching, parasitic resistance, and isothermal design stabilize parallel LEDs. It requires excellent knowledge of your parts and careful analysis to determine which effects dominate. If you don't have the expertise, time, and resources to acquire that knowledge and perform that analysis, it is safer to avoid paralleling LEDs without additional stabilization. But for a product produced in huge quantity, the extra work of carefully calculating stability may pay for itself by saving a few pennies per unit.