Device to power either a red LED or a green LED

I have a green LED and a red LED. I want a sort of switch to turn either the red LED or the green LED on. A collection from another thread, posted here for the middle schematic. Pin 6 would be the GPIO pin. For better brightness matching, swap the red and green LED positions.

You mention an IO pin; this is how you could do it with one IO pin if you are using a microcontroller (assuming one that uses 5 V logic): 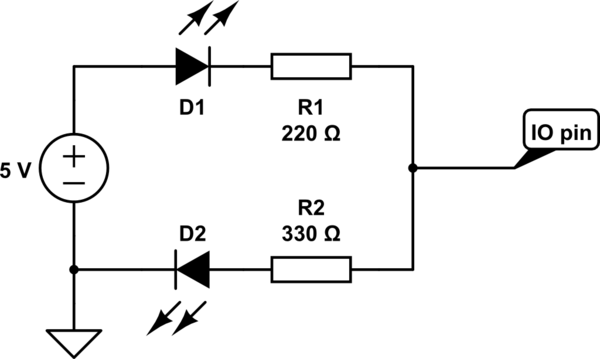 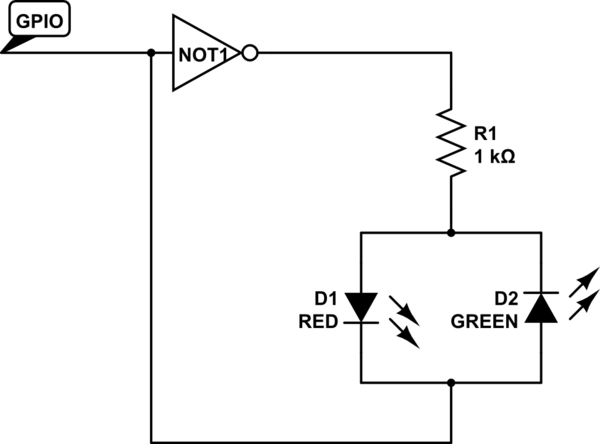 You could also try this. 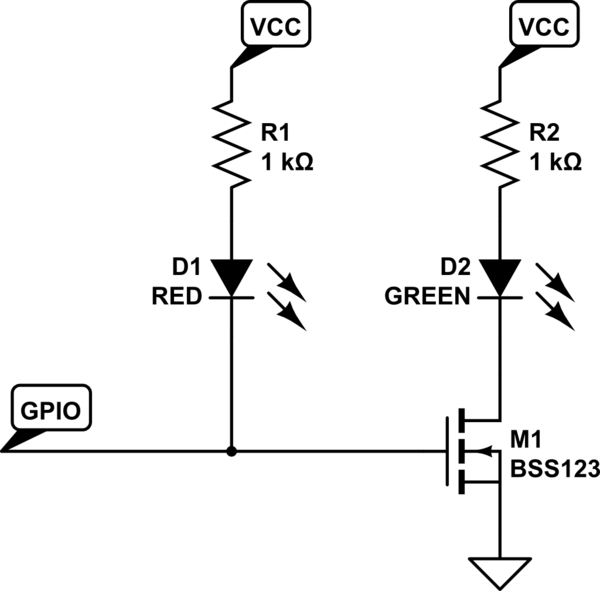 This would also work.

On editing your question, I see that what you really want to do is to switch the LEDs from a microprocessor output.

The easiest way to do that is in your program. Use two GPIOs, and always switch one off when the other is on.

If you can't change the program, then you could do something like this:

What you need is a single pole double throw (SPDT) switch. 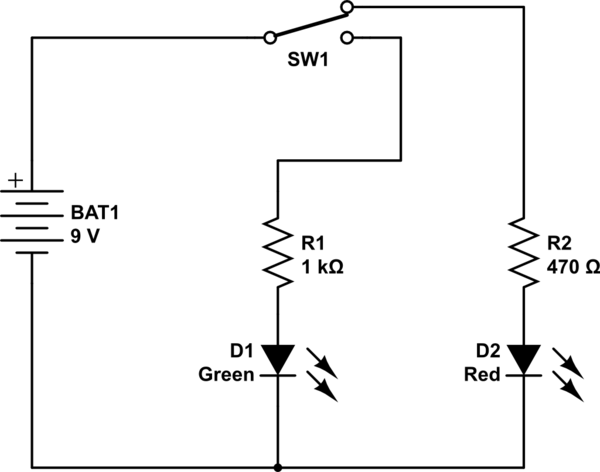 One LED will always be turned on.

The resistors are not optional. You must have them to keep the LEDs from burning out. There are plenty of posts on this site about calculating the resistor values given the battery voltage, the LED forward voltage, and the LED current - I'm not going to go into that here.

The resistors are useful for a second reason, as well.

Red and green LEDs don't light equally bright for the same current. With separate resistors, you can tweak the current to make the LEDs approximately equally bright. 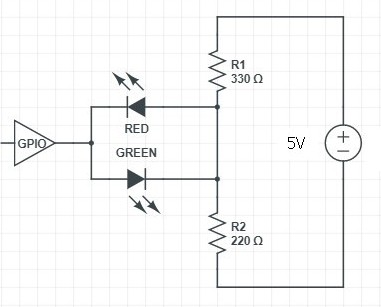 Good challenge for other solutions! If one of the two LEDs will always 'on' I suggest another circuit:

Only if the GPIO turn in 'Z' state, none LED will be light; the will current continue to flow in the two resistors but at a reduced intensity, depending by the sum of the two resistors, surely lower than when a LED is ON.

3
How do I design a circuit for a bi-color led to display power?
0
bipolar LED across a switch to indicate off/on
5
How to replace a green LED with a red one in a simple transistor switch?
0
Toggle bi-colour LED
1
Multiplexing Red and green dual led not being switched on properly
0
Multisim - How to create a 2-pin red/green LED in one part
12
White LED doesn't light up when a red LED is parallel to it
3
Bicolor LED circuit help needed