I have a fresh installation of KiCad 5 on Windows 10 (no other version of KiCad was installed ever before, actually the computer is brand new). I have used KiCad a lot, but only on linux and I have never worked with version 5, which - I found out - has a different library management. 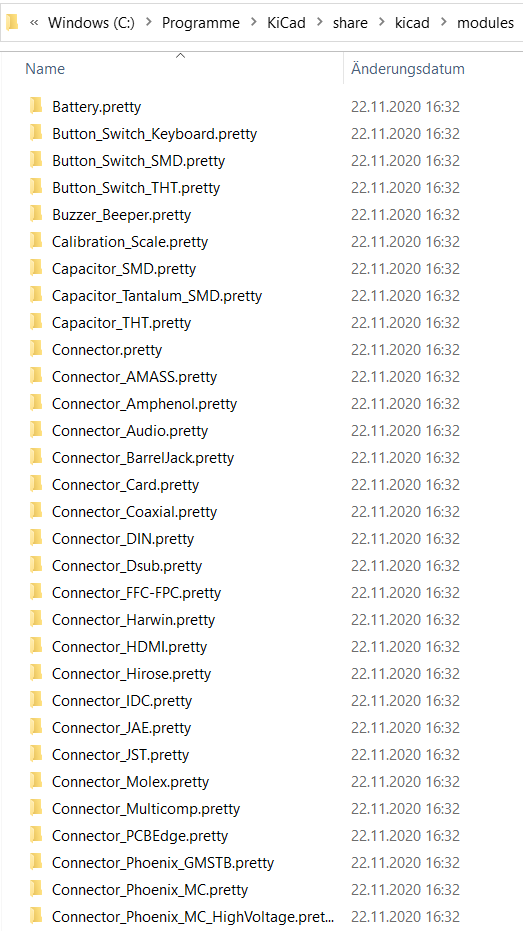 I have configured a library path to this directory: 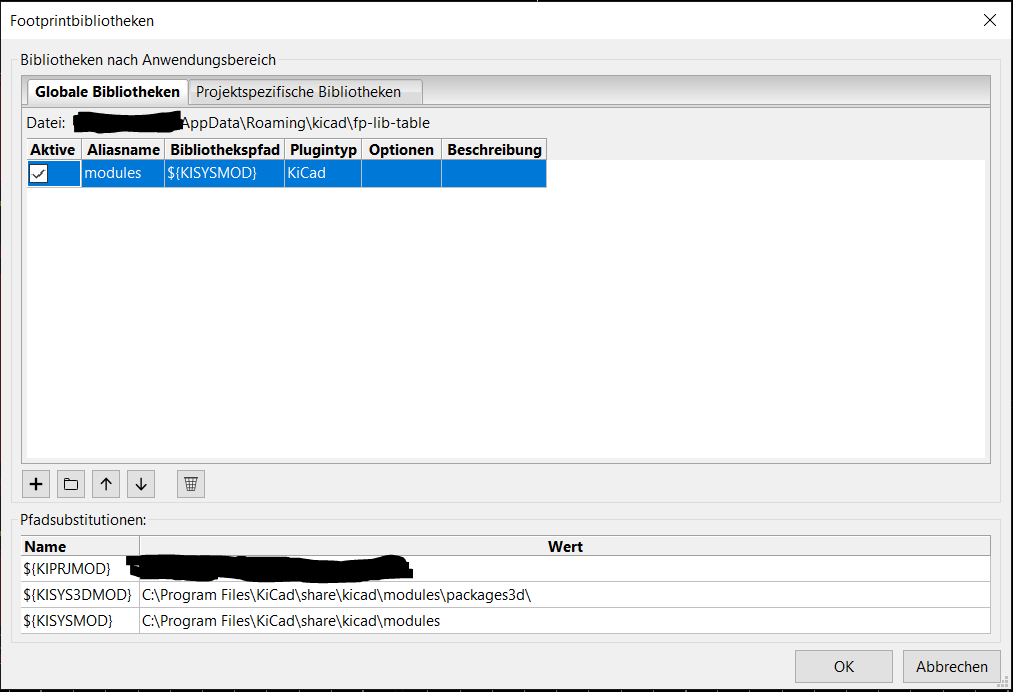 When I try to simply add a footprint in pcbnew, the declared folder appears, but it does not contain the footprints: 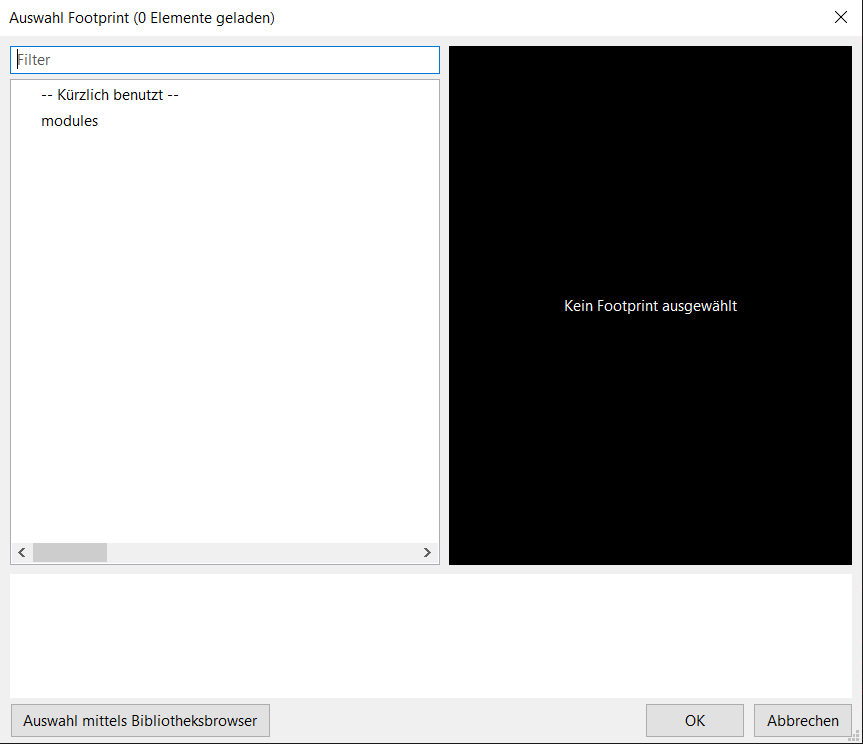 I can add a library by adding a path to the specific .pretty folder, but the default kicad modules consist of quite many of those. It doesn't feel right to start adding them all manually and also this was not neccessary on linux, where I have only few paths declared.

Question: How do I get access to the default kicad modules?

What I expected: After a fresh installation of KiCad, I can add footprints of the default kicad modules to a layout in eeschema without having configured anything.

EDIT: what eventually solved the problem was the fact that one can select several footprints in the "add footprint" dialogue at once. So adding them manually one by one wasn't neccessary.

When you start KiCad 5 for the first time, it should have prompted you with this dialog: 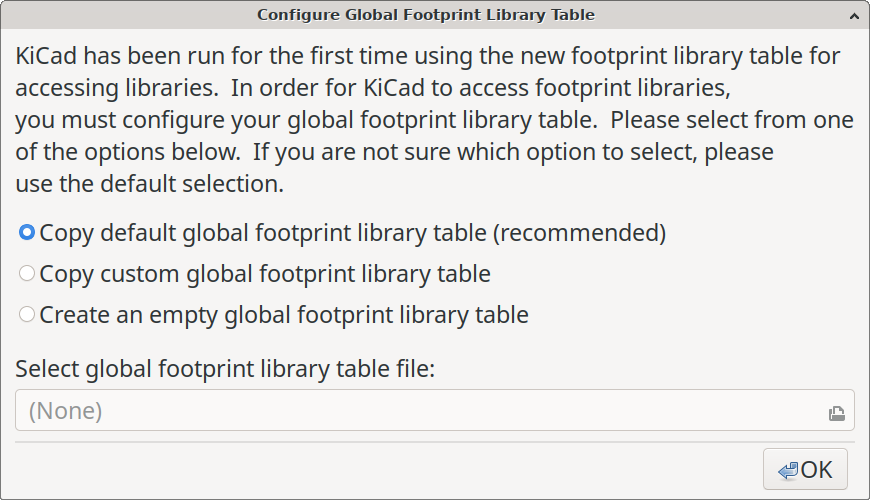 The recommended option copies the default library folders that you see in your Explorer window. It looks like you may have chosen the third option and ended up with an empty library table.

You can copy the default by hand. It is in C:\Program Files\KiCad\share\kicad\template\fp-lib-table. You can copy it to the locate you have blacked out in the top of the footprint library table window <user directory>\AppData\Roaming\kicad\

Though I'm pretty sure I checked the appropriate boxes on installation I had to add the libraries (.pretty folders) manually. I though this was a big hussle until I found out that in the add-library-dialogue it's possible to select all libraries and add them in one go (instead of adding them one-by-one).

2
How do I look at all the footprints in a KiCAD library?
0
Placing a QFP 52 footprint on the PCB in KiCAD
5
How to add custom 3d packages path to pcbnew
0
Link footprint to schematic KiCad (version 4.02)
3
KiCad missing footprints after update
0
KiCAD 5 custom footprints
0
Errors were encountered loading footprints: kicad_plugin.cpp : FootprintEnumerate() : line 1786
1
addition of external footprint to ki cad