Switching relay directly with an optocoupler

I have a relay network (more than 1 relay running in parallel), that I need to operate using a STM32 based MCU.

I wanted to know if I can directly run these relays with optocouplers such as PC847.

Looking at the calculations, G5V-1 has a nominal power usage of 150mW @ 24VDC. So technically around 6.25mA. Each opto-isolator block in PC847, is rated at a max of 35VDC and 50mA, which is well above the safe range for driving the relay coil.

Have seen similar questions (Driving relay directly from optocoupler, what is best?, Why is transistor needed when using a relay?) though, but haven't been able to draw conclusions. 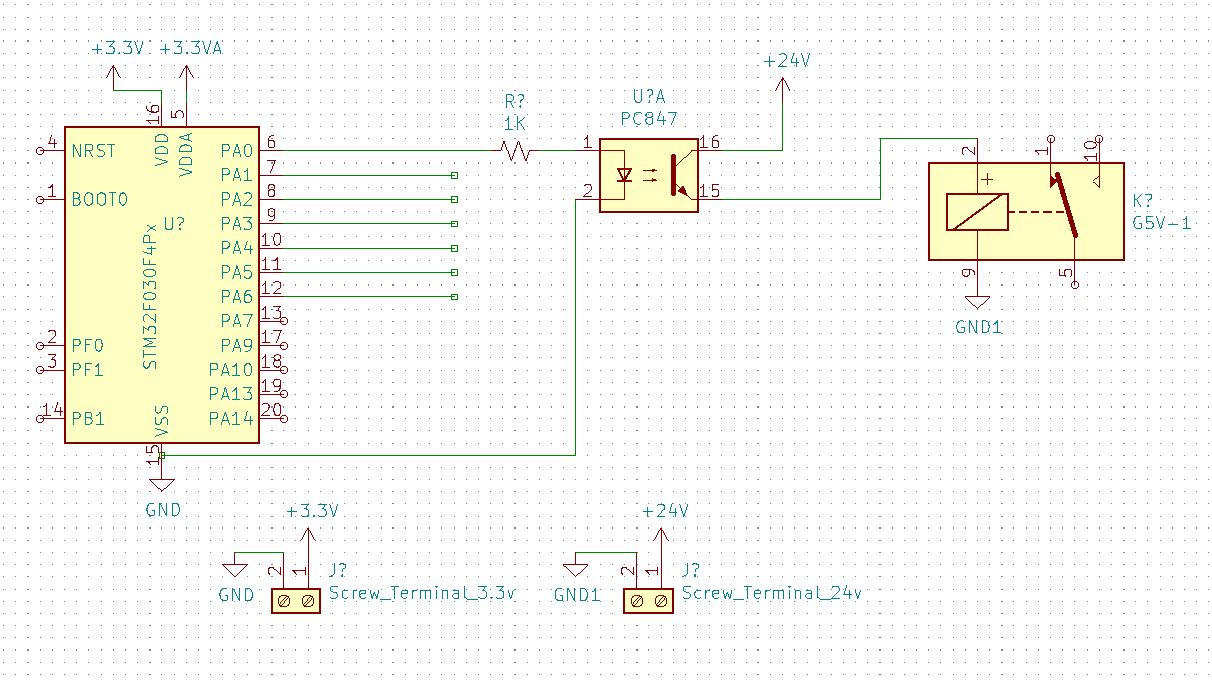 I wanted to know if I can directly run these relays with optocouplers such as PC847. 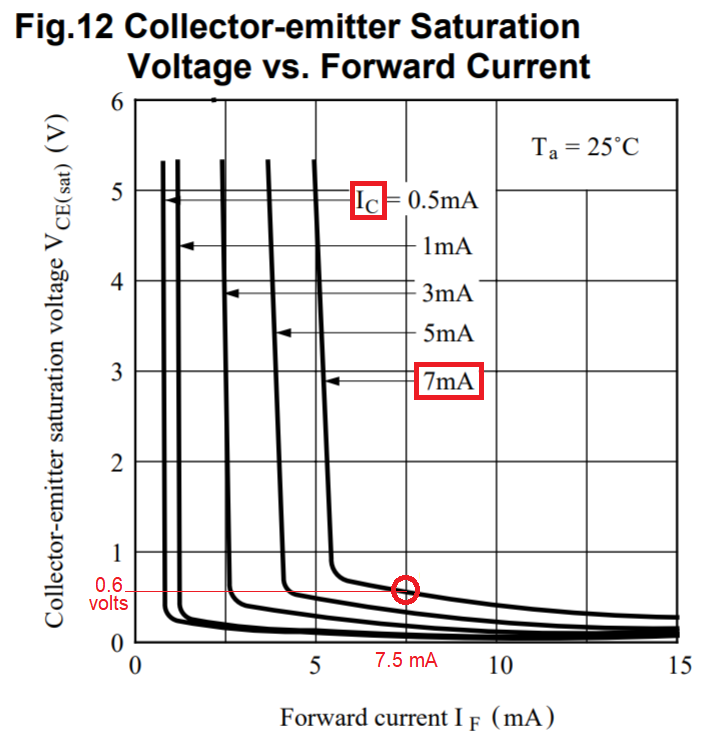 To drive 7 mA through the phototransistor (\$I_C\$) with low volt-drop (say 0.6 volts) requires an LED drive current (\$I_F\$) of 7.5 mA and this is just a typical device; to guarantee that all devices work you should be aiming to drive \$I_F\$ at twice this value i.e. your STM32 ought to be pushing 15 mA into each opto.

That's over twice the current needed by the relay and may actually exceed what is allowed from the STM32. Of course you might get away with 10 mA but then, you might be scratching your head when a couple of channels don't work properly. How much do you value your time is a question I sometimes ask in this situation.

Compare this with an NPN transistor and a base resistor (much more efficient and much less base current needed) and the comparison numbers don't really stack up but, you may have "special" reasons for going down this route.

Both solutions will need flyback diodes across the relay coils.

Other than adding a suppression diode across each relay coil, the idea is fine. However, the schematic has an issue.

Pay attention to the CTR - Current Transfer Ratio - of the opto. You want to make sure the output transistor is firmly saturated. Page 2 of the datasheet shows the available grades of CTR for that device. For example, if the opto has a 50% CTR guaranteed over time, then for a 6.25 mA current into the relay coil you need to pull 12.5 mA through the opto input diode. The current limiting resistor will have to be much smaller than 1 K.

Also, you don't want to overcurrent the uC output port. Many uC outputs can drive this amount of current, but the output voltage might pull away from the rail, decreasing the opto LED current enough to matter.

Another thing to watch is total power in the circuits. There probably is a power dissipation limit for the opto when all outputs are on, and for the uC.

Not the answer you're looking for? Browse other questions tagged relay opto-isolator driver or ask your own question.

0
Why is transistor needed when using a relay?
4
Driving relay directly from optocoupler, what is best?