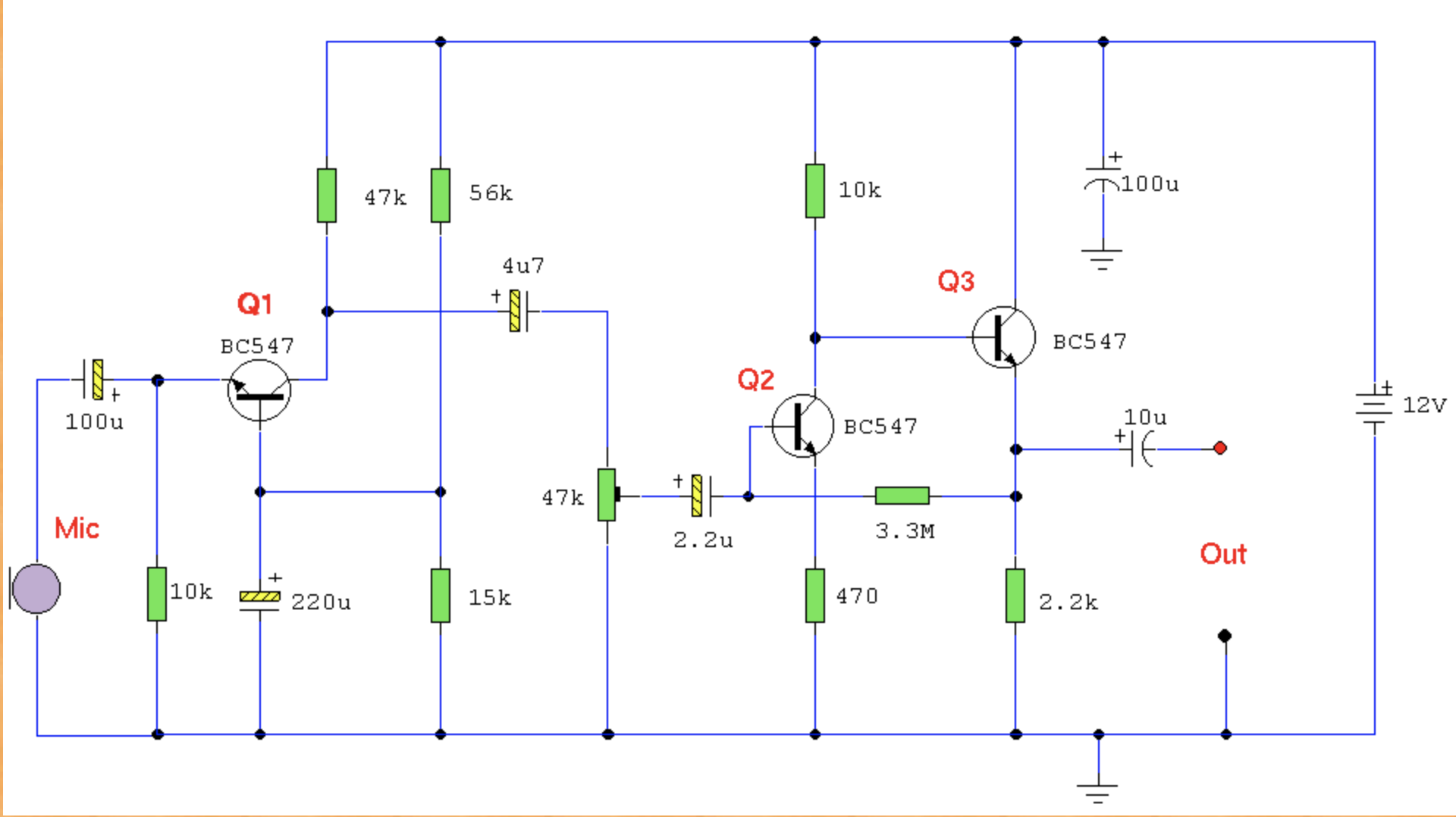 I did not have any experience with BJT so I am having a hard time to analyze the circuit. From research, I know Q1 is common base and Q2 and Q3 are common emitter. To draw the small signal model, I would have to short all DC source and capacitors.

Then I ended up with the following circuit 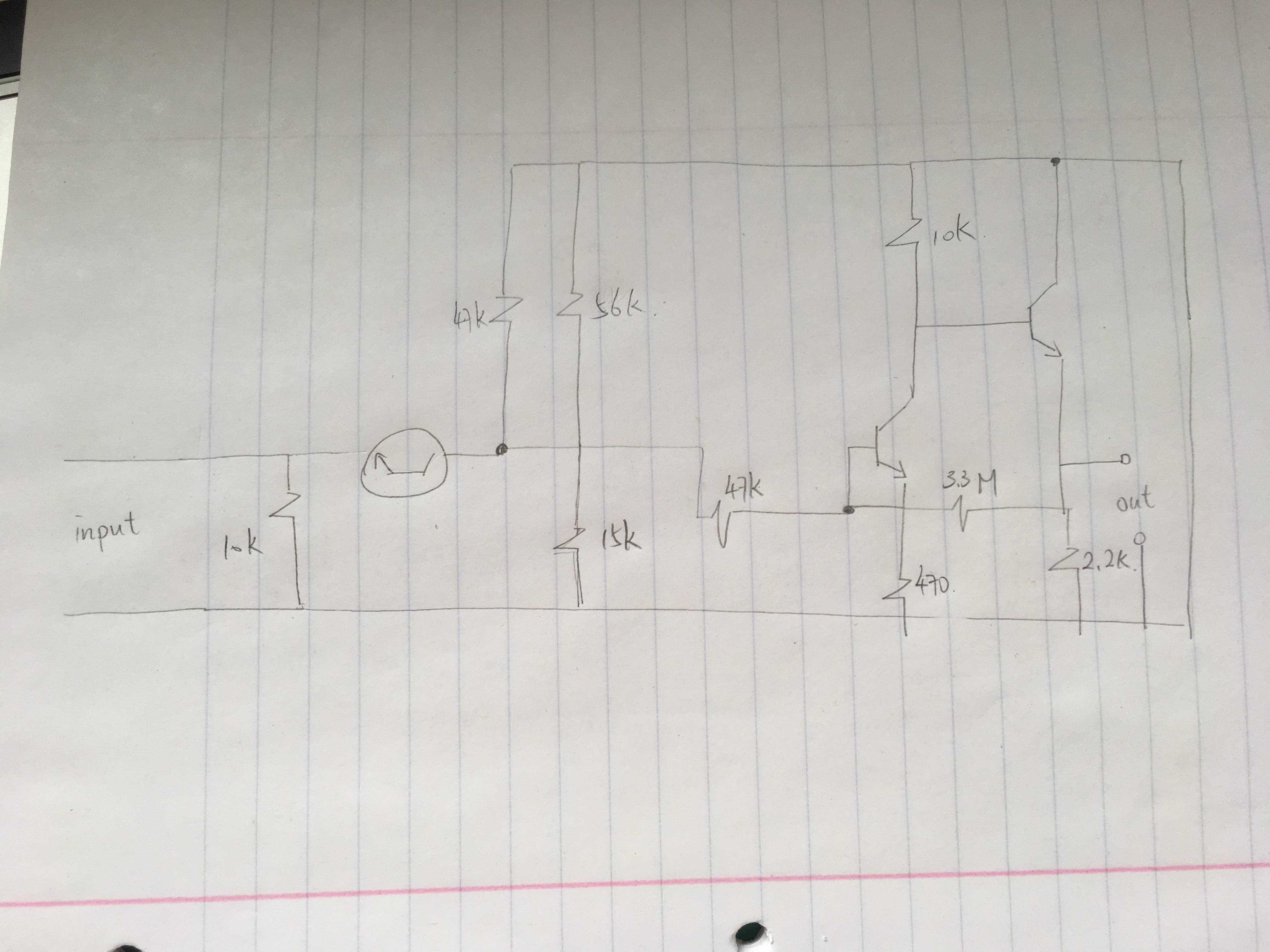 Can anyone help with the small signal analysis?

Now I have this for the first part if I were to divided the circuit to 3 parts. 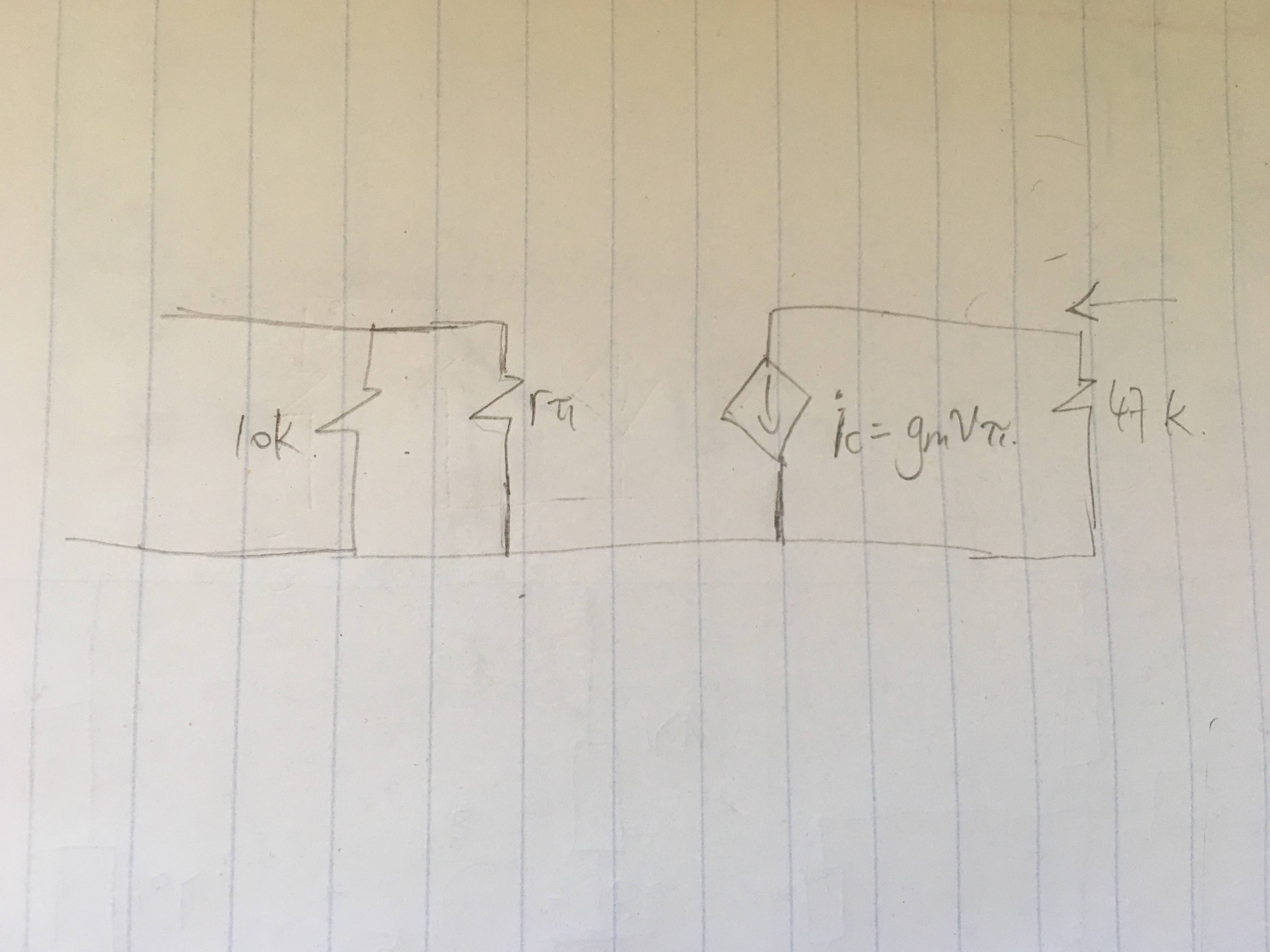 I am a bit confused with Vpi and rpi. Do I need to calculate that or it's from the BC547 data sheet?

When first delighting in the use of small_signal analysis, I soon realized I could predict the gain of bipolar devices (FETs were rare, expensive, and not stable in parameters) simply by

thus a device operating at 1mA would have

And if that bipolar has a 260 ohm collector resistor, with only scope probe as the load, then the voltage gain was precisely

And I've in the intervening decades used my personal lable 'reac' for that value, which is the slope of the emitter_base diode.

Another way to compute it is 1/tranconductance.

Again, this value is just the small_signal resistance of emitter_base diode.

Not the answer you're looking for? Browse other questions tagged bjt preamp small-signal or ask your own question.