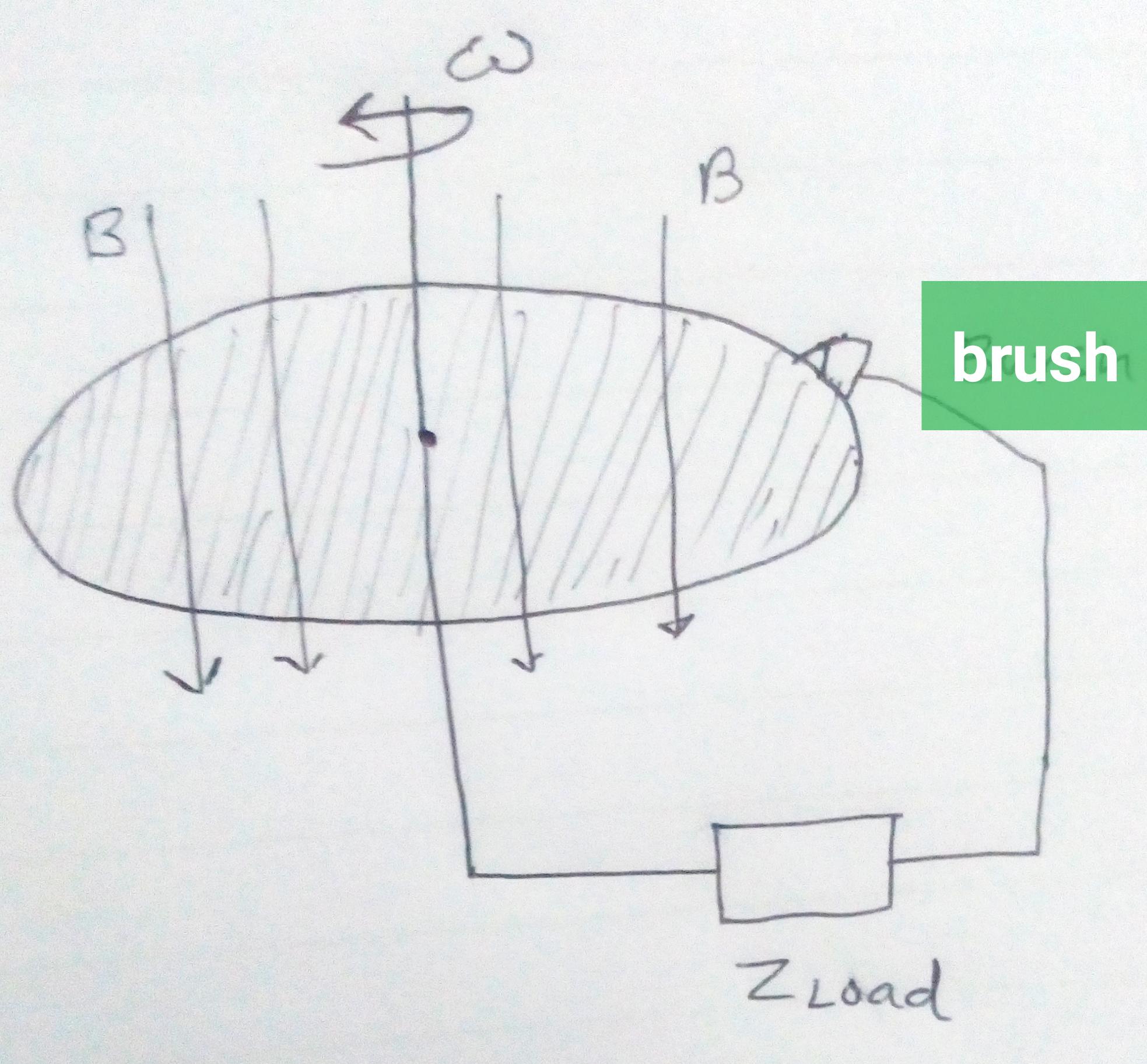 A homopolar generator in which disc is rotating with constant angular frequency with respect to ground frame and a uniform steady magnetic field is present perpendicular to disc plane .

I wanted to understand what will be effect on current through load due to relative motion of load in two cases (below) for homopolar generator and in general any generator.

Is current through loadZ (figure) same in following cases?

1.a brush is attached(fig) to circumstances of disc whose velocity (of brush not disc)with respect to ground frame is zero and then load is connected to a that brush and axel(center).

2.if load is directly connected between axel(center) and circumference of disc without brush i.e load is also rotating with same velocity as disc.

I thought current should be same in both cases but I'm not sure because we mostly read in books only 1st case is mentioned almost in every book but not 2nd case.

hope someone can help me !

If the disk velocity in case 1 is zero, the current will be zero.

For current to flow in the second case, the magnetic field must be prevented from passing through the moving conductors that connect the load between the circumference and the center of the disk.

Not the answer you're looking for? Browse other questions tagged motor generator inductance faradays-law or ask your own question.