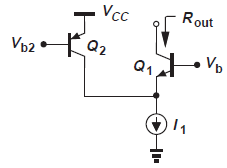 A cascode, loosely speaking, is an arrangement wherein a common-source (or common-emitter) stage feeds into a common-gate or common-base stage, in order to combine the transconductance of the former with the output impedance of the latter. This improves gain when driving high-impedance loads, such as the input of a later transistor stage, especially when dealing with short-channel MOS technology. Additionally, because the drain/collector of the first transistor is now held at a near-constant voltage, the severity of the Miller effect upon the frequency response is reduced.

Your circuit is a type of cascode called a folded cascode, wherein the small-signal current generated by the common emitter stage is "folded" around a current source. Compare it to a non-folded cascode (left), and notice that the headroom and output swing of the right circuit is better than that of the left circuit. Note further the way in which \$i_c\$ (the small-signal current created by the common-emitter stage) flows. 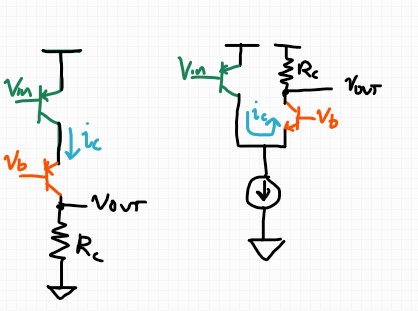 In the small-signal model it is even more evident that both circuits are cascodes -- the ideal current source is replaced by an open circuit, and the small-signal models subsequently become identical: one can be reached from the other by rotating the elements on the page without changing their connectivity.

Also notice that any differences regarding output swing and headroom are no longer visible -- these are both large-signal considerations only. 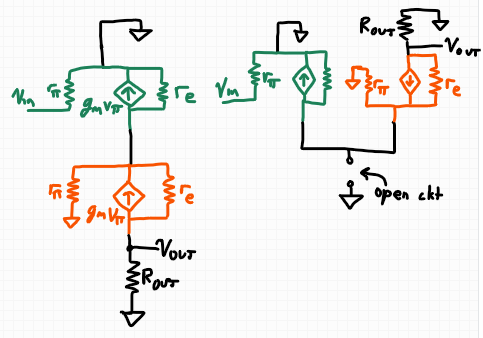