In India, on certain social festivals like Durga Puja, Kali puja etc, lighting decorations are done around roads etc, where various themes or stories are animated (such as stories from Aesop's fables), using a complex array of chaser light techniques.

Nowadays these chaser effects are done on LED lights using sequence generator chips or ICs. Back when I was a kid, say in the early 90's, the task was done in an entirely different way. There was a big motor (usually a ceiling fan motor) attached with a drum-like structure, and there were and some carbon brushes connected with that drum looked somewhat like this: 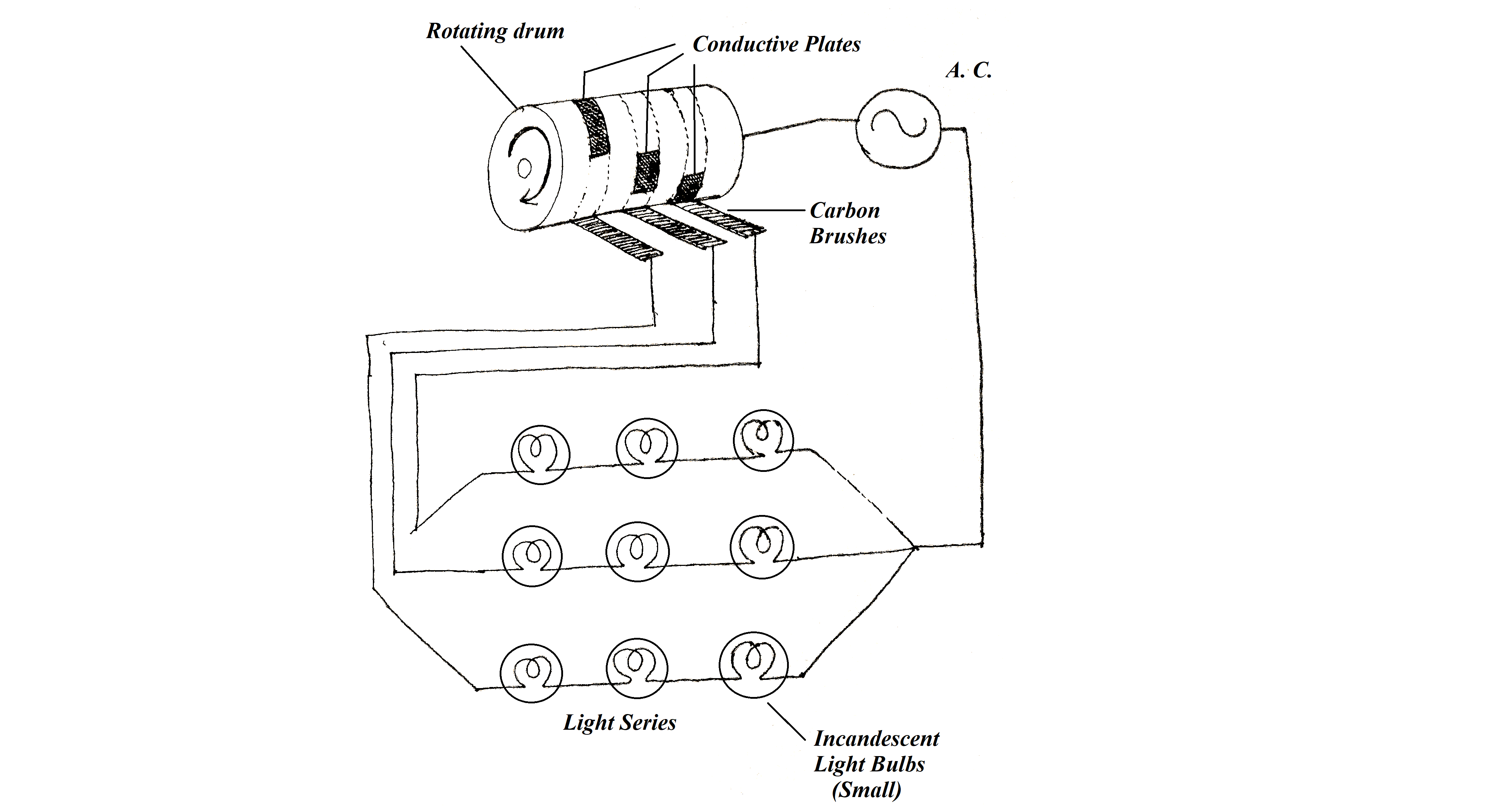 When the drum revolved, the unevenly placed conductive plates touched the carbon brushes at a different time-period, it resulted in switching on associated light series. I still can see in my mind's eye the falling sparks from the carbon brushes.

But unfortunately after web crawl through several years I couldn't found a single blog mentioning this vintage lighting technique. When I ask people in person, I see most people forgot it or may be they never noticed it. The laypeople who sewed the stories on iron grids were mostly uneducated poor people, seemingly blogging was not possible for them. I wonder how a wildly popular technique can just be forgotten.

Is there a name for this mechanical sequence generation technique?

I have thoroughly searched wikipedia and other internet websites.

I also asked my dad who told me the "drum" like portion were probably a bit more complicated than this, containing some gears that reduces the speed of switching. I found some blogs that mention use of relay switch as a sequence generator, but I really did not find any mention of motors as sequence generators.

Our family got our first camera in around 2007 (which was a Kodak film camera,) when this lighting technique was already obsoleted, so we do not have any photographs of this technique. If anybody has a picture of this technique, please add the photograph and a permission to reuse.

I'm not sure what other detail you're looking for.

Not the answer you're looking for? Browse other questions tagged identification timer switching or ask your own question.