Why is my zero and pole frequency of this transfer function wrong?

But then that two is wrong. But I dont understand why. Then we are asked for the gain to when ω = ωz and this is my formula:

The above formula for my gain is also wrong but i guess thats because my formula for the zero and pole frequency is also wrong. So where are my mistakes here? Help would be much appreaciated!

When you write a transfer function, it is important to respect a so-called low-entropy format where the poles and the zeroes clearly appear. In your case, for instance, the correct expression should be in the form of: \$H(s)=\frac{1-\frac{s}{\omega_z}}{\frac{s}{\omega_{po}}}\$.

Now, this expression is not the best we can do because it brings no insight in what is going on with this formula. The most compact formula uses what is called an inverted zero: from your first expression, format \$sC_{gd}\$, simplify by \$s\$ and you now have \$H(s)=H_{inf}(1-\frac{\omega_z}{s})\$ naturally highlighting the gain of this expression when \$s\$ approaches infinity: \$H_{inf}=\frac{C_{gd}}{C_{gd}+C{gs}}\$.

I have gathered these different expressions in the below Mathcad sheet and they are identical: 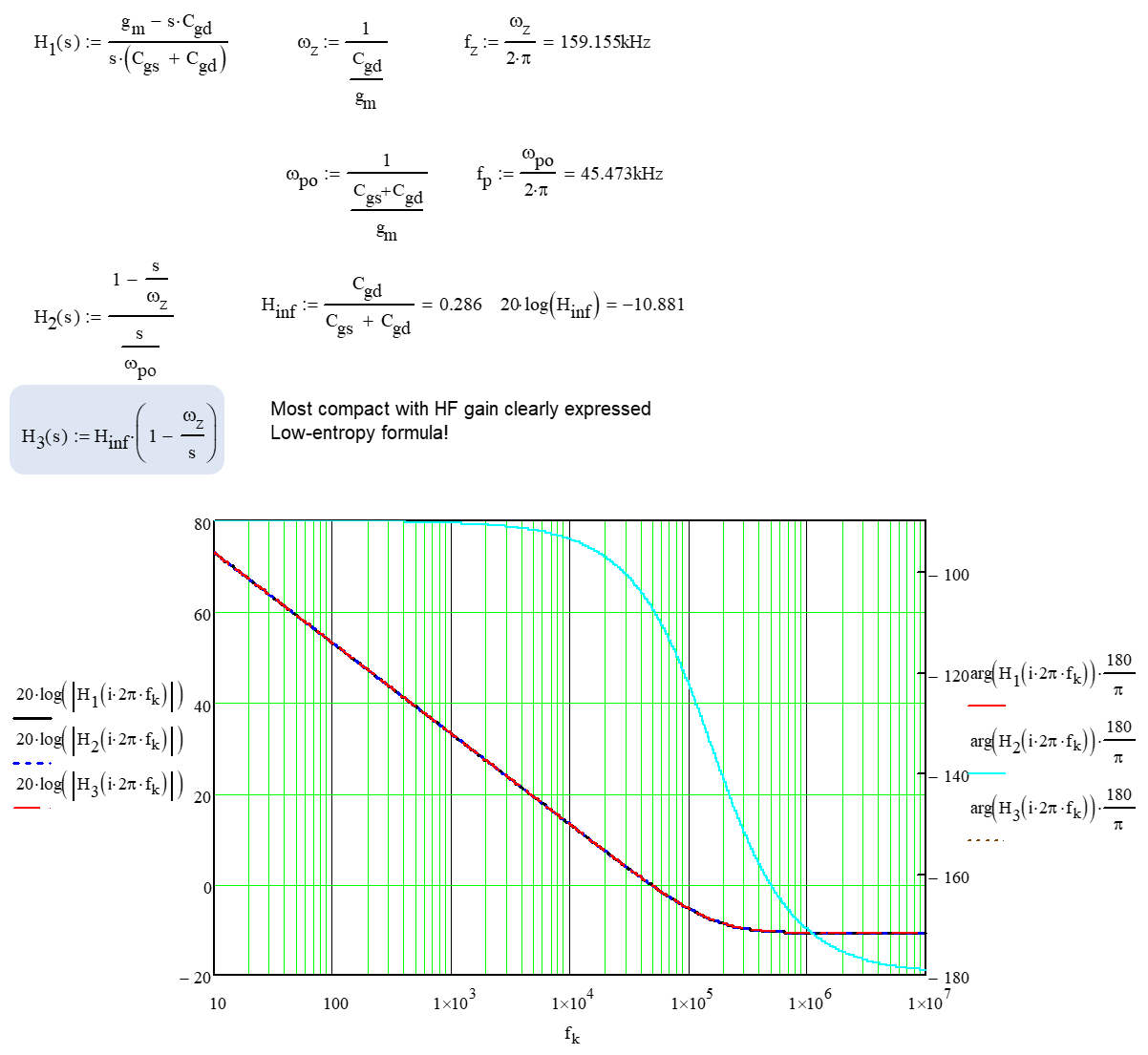 Many times, I have seen people confused with transfer functions that are not optimally written. Properly rearranging a transfer function with a leading term (when it exists) followed by a dimensionless quotient is the way to go.

0
How would the pole and zero frequency expression look like for this transfer function I derived?