How does heater's air-flow sensors work?

I'm trying to deeply understand how the air-flow sensors mounted inside heaters works. They are composed of a U-shaped PCB with an NTC on each end. For example: 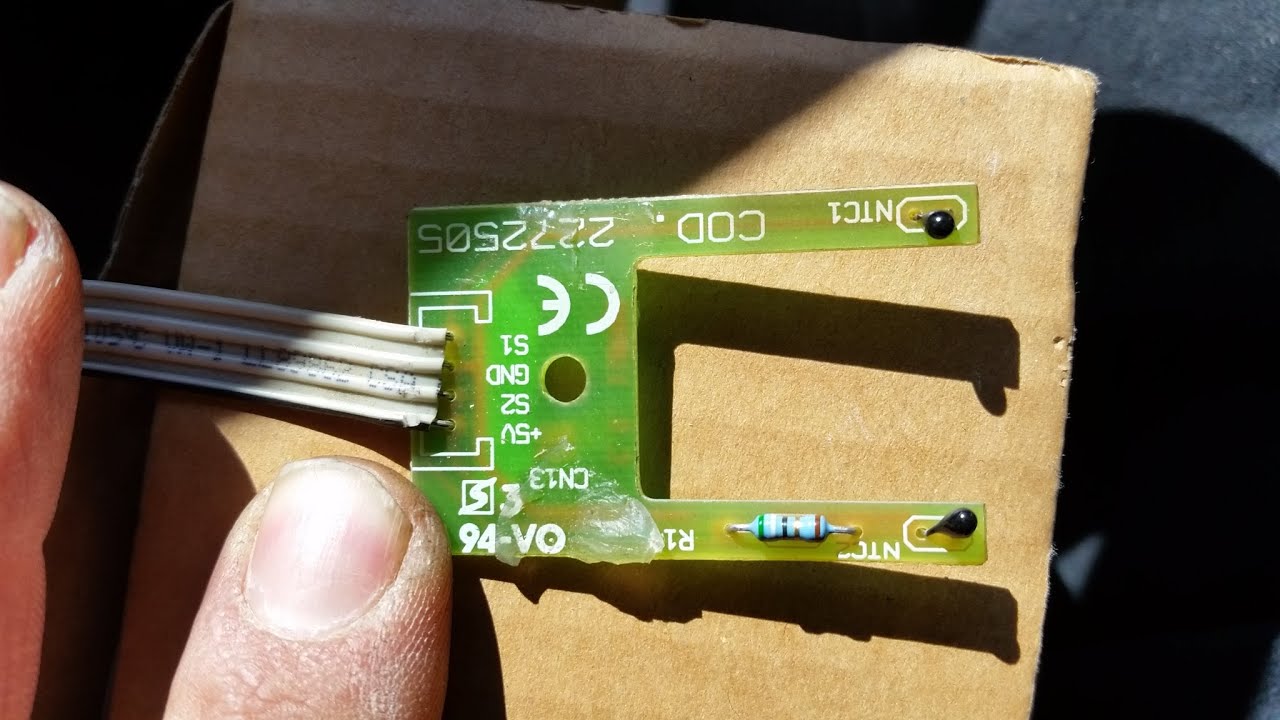 This PCB is inserted into a tube where the air must flow. If one of the NTC was shielded from the air-flow I can guess you can detect the movement due to the lowering of the temperature measured from the other sensor.

But because both will be affected by the air-flow it's not clear to how to measure such a movement.

Is this solution effective also in open air? I mean, placing this kind of sensor at the center of a room, could it detect any movement in any direction?

There are two thermistors. One is operated at low current (or at least low power dissipation) and is there to measure the temperature of the air stream.

The other is operated at a relatively high current (or at least high power dissipation) and has significant self heating. That thermistor will have a resistance that is related to both the temperature of the air stream and the air flow, as the forced convection draws more or less heat away from that thermistor.

The first thermistor is used to compensate the second one, so as to separate the two effects.

In answer to your second question, that kind of sensor is not very sensitive to air flow direction, though there might be some effect from the hot thermistor heating the air going to the ambient sensor and the shown PCB design will block air flow in certain directions.