I was playing around with a 16V output AC adaptor and I unfortunately shorted the output VCC and GND by mistake. A spark occured at the end of the wires. Since then, the output voltage is around 0.3 V. I was wondering if there is a common component failure that would explain this regulator failure (which part of a regulator is most likely to fail when the outputs are shorted?). I opened up the device, but there are no signs of component damage anywhere.

Edit: I should have mentioned it is a wall AC-DC adapter and regulator (for a camera I believe, looks like any laptop regulator though) so inputs 120V AC and outputs 16V DC

Hopefully photos can help determine the functionality of the circuit. I really haven't a lot of experience with AC PSUs yet... Hopefully I can learn a bit from this.

So the spark was seen at the end of the wire, but it seems it as destroyed an onboard component... I find this strange. 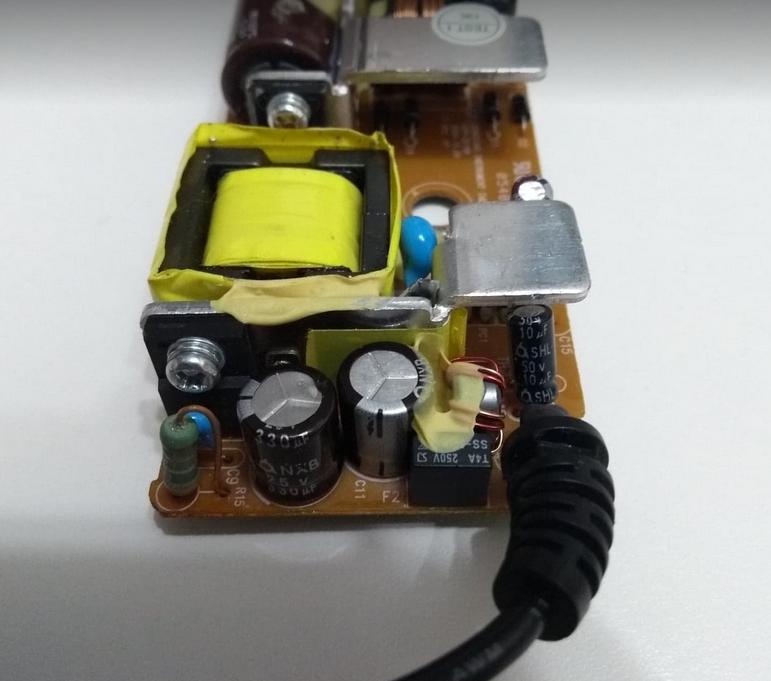 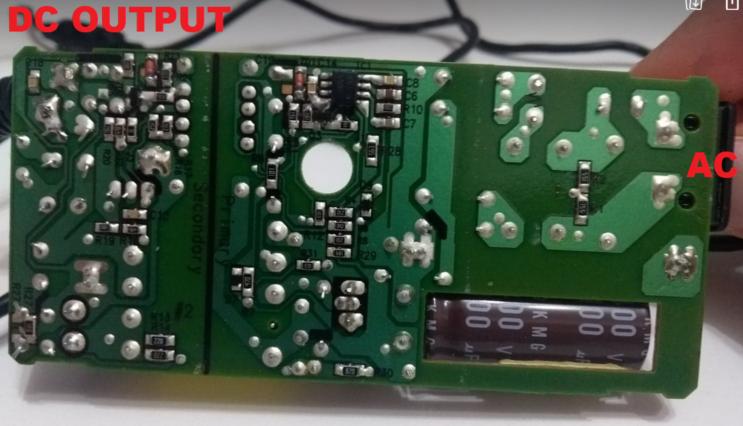 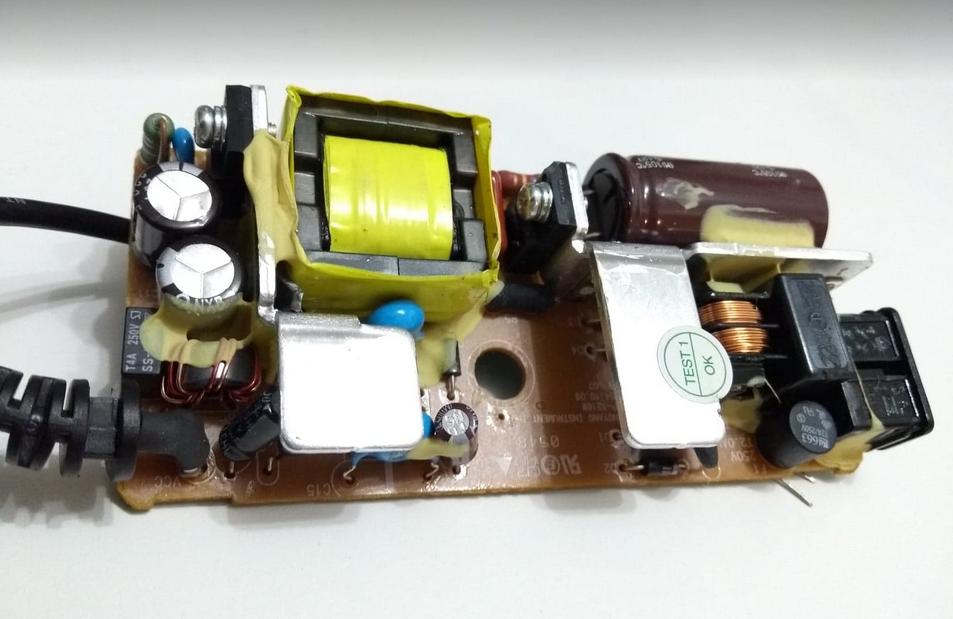 I really haven't a lot of experience with AC PSUs yet...

Beware! PSUs can cause fire, explosion, property damage and personal injury etc. (not just from electrocution, but indirectly too e.g. a loud "bang" can cause a person to quickly move their hand away and then impact their hand against other objects, causing injury). I recommend you research about relevant safety precautions for working on such PSUs - that is a whole topic on its own. Using any information I have given is completely at your own risk.

In your photos of that PSU, I can see 3 points worth mentioning, which I have marked on this version of your internal photo: 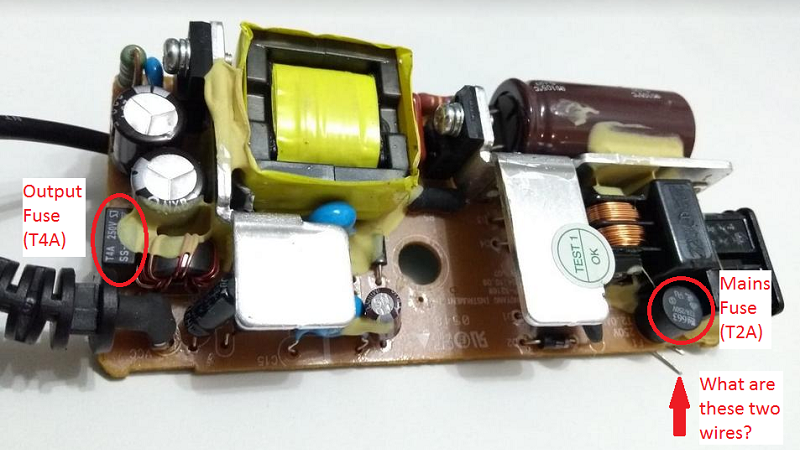 Only replace any blown fuse with a functional equivalent, and never with a piece of normal wire. If the replacement fuse blows, than there is a further fault which will need to be investigated (or further repair attempts could be abandoned at that point).

Not the answer you're looking for? Browse other questions tagged voltage-regulator ac short-circuit or ask your own question.