I acquired an old Eistar SJ-1 Digital pulser, however the frequency it generates is always 66% of what its supposed to produce. Turns out that the frequency coming out of the frequency stage (at Pin 11) is 66% of the 16MHz crystal or about 10.6MHz. (The 74LS38 is an open collector quad NAND gate)

I opened it up and traced out the layout. The frequency stage looks like to that I have now learned as a Pierce type NAND gate oscillator. I have drawn an abbreviated schematic of the digital pulser showing the frequency generation stage.

In the Pierce type oscillators I have researched, there is a capacitor in between the nand gates where resistor R1 is; however in this design there is a 2.2k resistor (R1).

What could be causing the wrong frequency to be generated? How I proceed to troubleshoot and correct the pulser? Should I:

Any guidance would be appreciated. 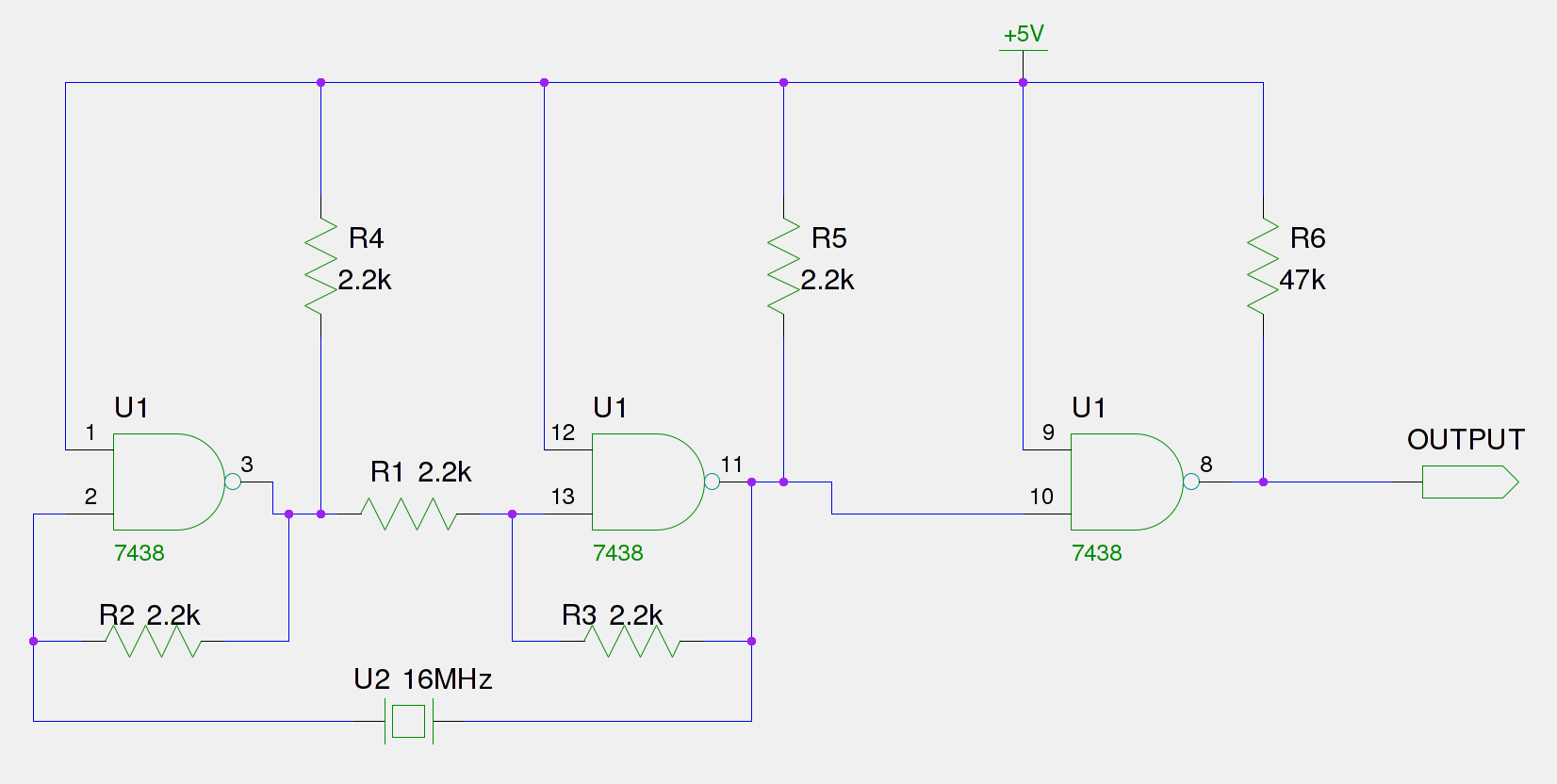 With the details provided, it does seem like the crystal may be damaged - it's the most sensitive component on the board, and there's a good chance the pulser has been dropped a few times during it's long life.

The circuit seems reasonable and if it was originally designed with the resistor (rather than the capacitor), then I'd leave it like that. There are similar circuits out there that do use a capacitor as you say:

I'd go for replacing the crystal - choose a crystal designed for series operation such as the FOXLF160 (as opposed to the FOXLF160-20) While you're grabbing the crystal, getting a couple of 74LS38s wouldn't be a bad idea either, given they are only around 50 pence/cents each.

Also, given the price of decent CMOS oscillators nowadays, the other option is just to buy a 16MHz CMOS oscillator (5V supply tolerant) and replace the first stage with that.