What is the best number of PWM signals for Full-Bridge driving? (2 vs 4) 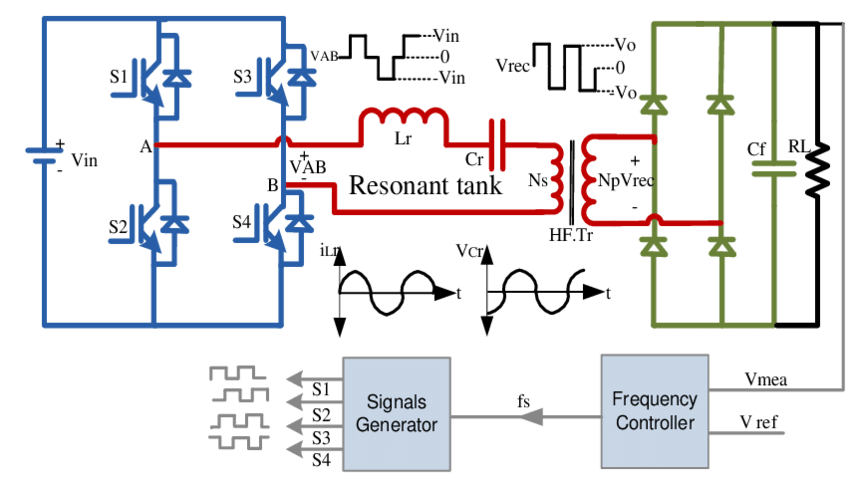 Each transistor (Mosfet) has its own driver (ISO5852S).

I assumed that a full bridge could be controlled with two PWMs.

Each PWM, at its own time step, drives two transistors.

The driver has both inverted and non-inverted inputs, so we can protect the system from through-current in the event of a PWM failure.

I have also seen circuits where 4 separate PWMs are used to control the FULL-Bridge. (PWM1, PWM2, PWM3, PWM4), with A, B outputs for each.

Why are 4 PWMs used instead of 2 to control Full-Bridge?

Phase Shifted PWM (PS-PWM) control,Space Vector Modulation (three phase)..., other kinds of switching sequence to those you have in mind.

What does the separate control of each transistor give?

Your app. can be a quasi resonant LLC converter, driven with PS-PWM.

Not the answer you're looking for? Browse other questions tagged pwm full-bridge or ask your own question.

3
Driving H-Bridge Inverter via AVR (trilevel or bilevel PWM)
2
Simple solution for driving a large-ish RGB LED array with PWM
0
driving 4 RGB LEDs with PWM using MSP430
0
Combining two PWM outputs for finer granularity
0
Interfacing with (Two) Full-Bridge PWM Motor Drivers to Control a Stepper Motor
3
How can I get rid of this distortion?
2
How to model the motor for this PWM motor driver circuit and is this simulation reliable?
0
Lazy full-bridge PWM control