I am new to electronics, and I inherited a breadboard from my grandfather. I could fit 2.54 mm headers into it (as shown below): 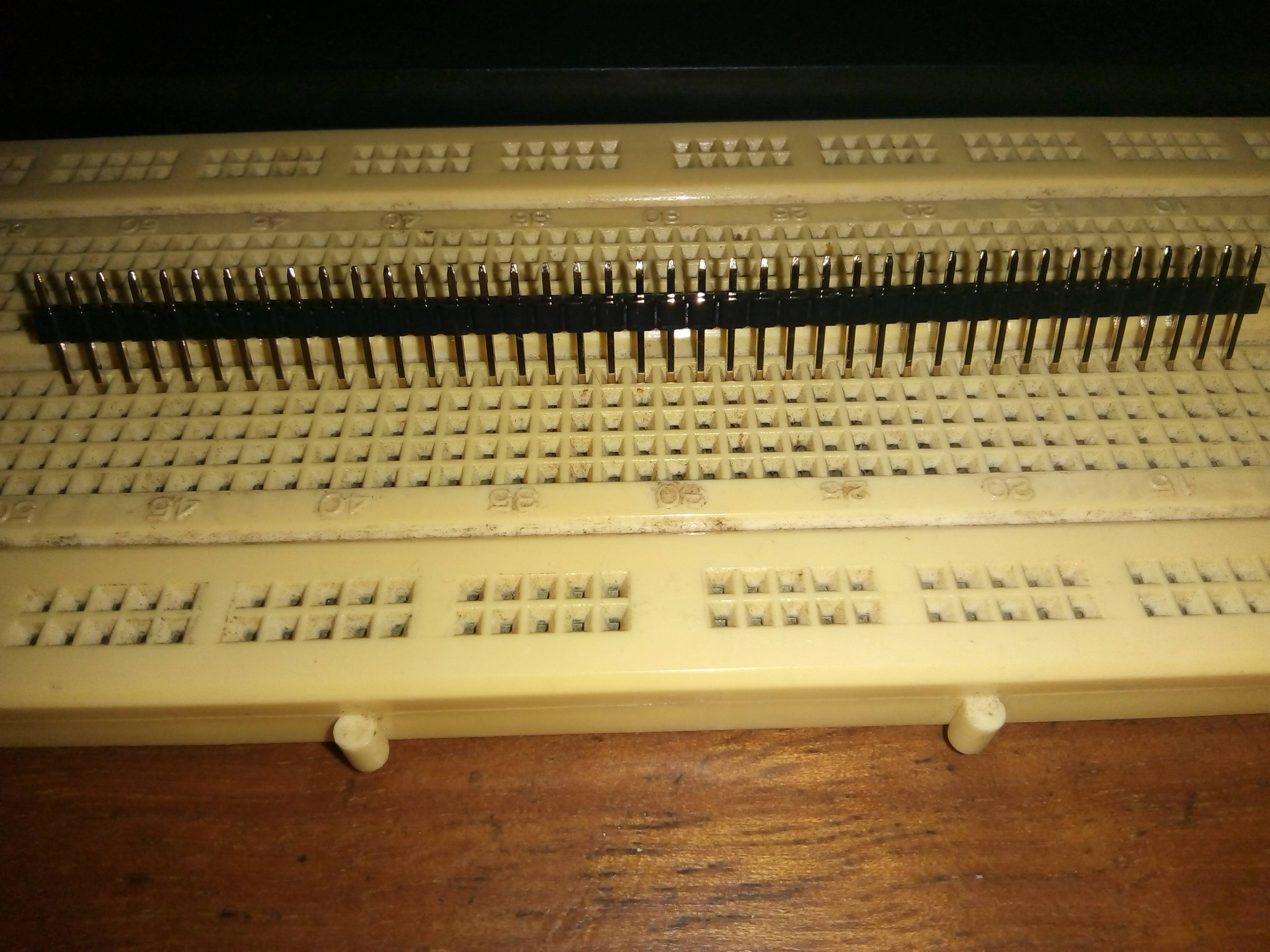 I recently got a new breadboard, but the holes seem to be closer to each other, and the headers won't fit (shown below, on the left it looks like it lines up, but as it gets further to the right the pins are further and further from the hole): 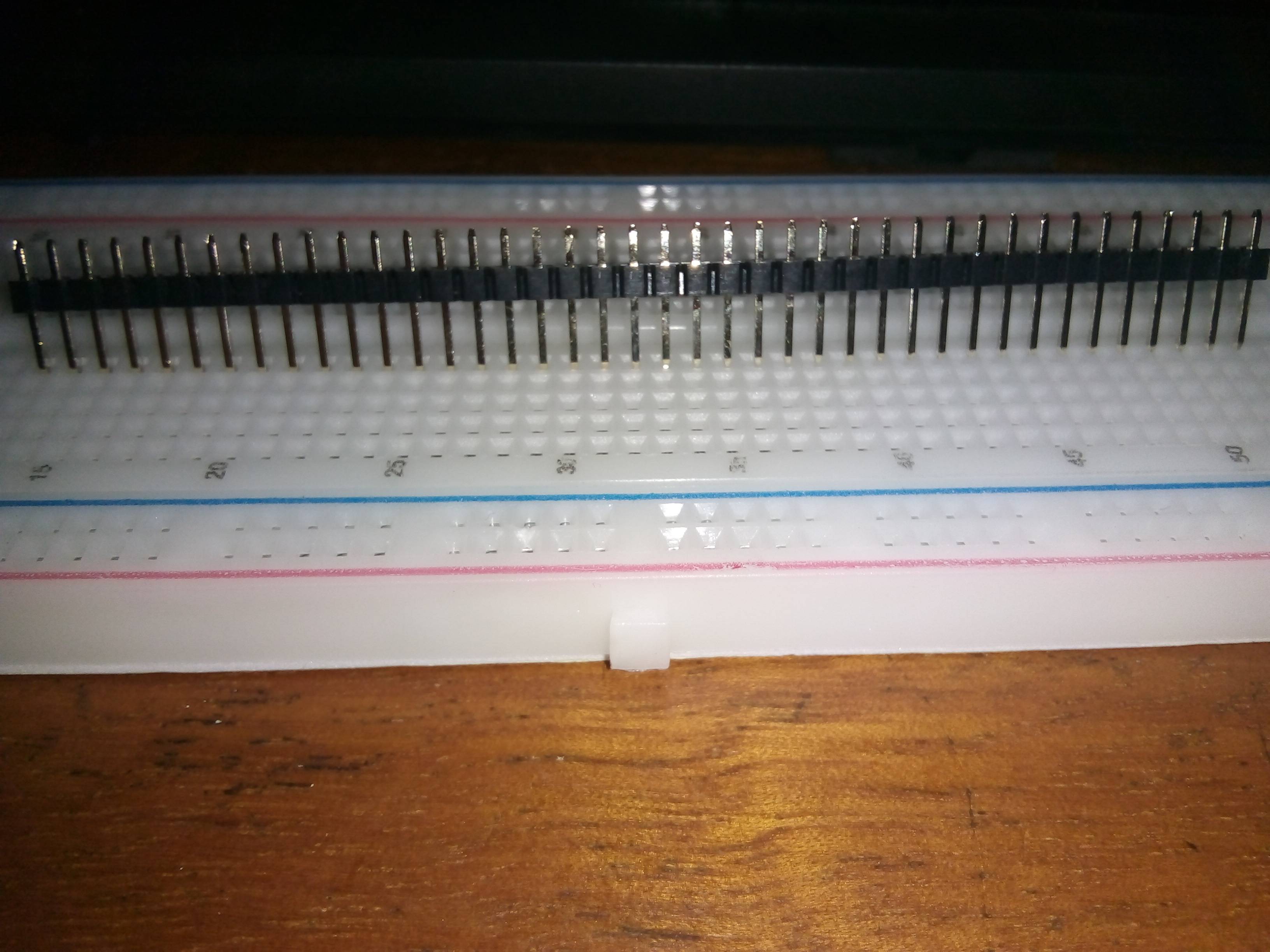 I also got a compatible/clone Arduino Nano, which plugs just fine into my new (narrower) breadboard, but not my older (wider) breadboard (pictures below): 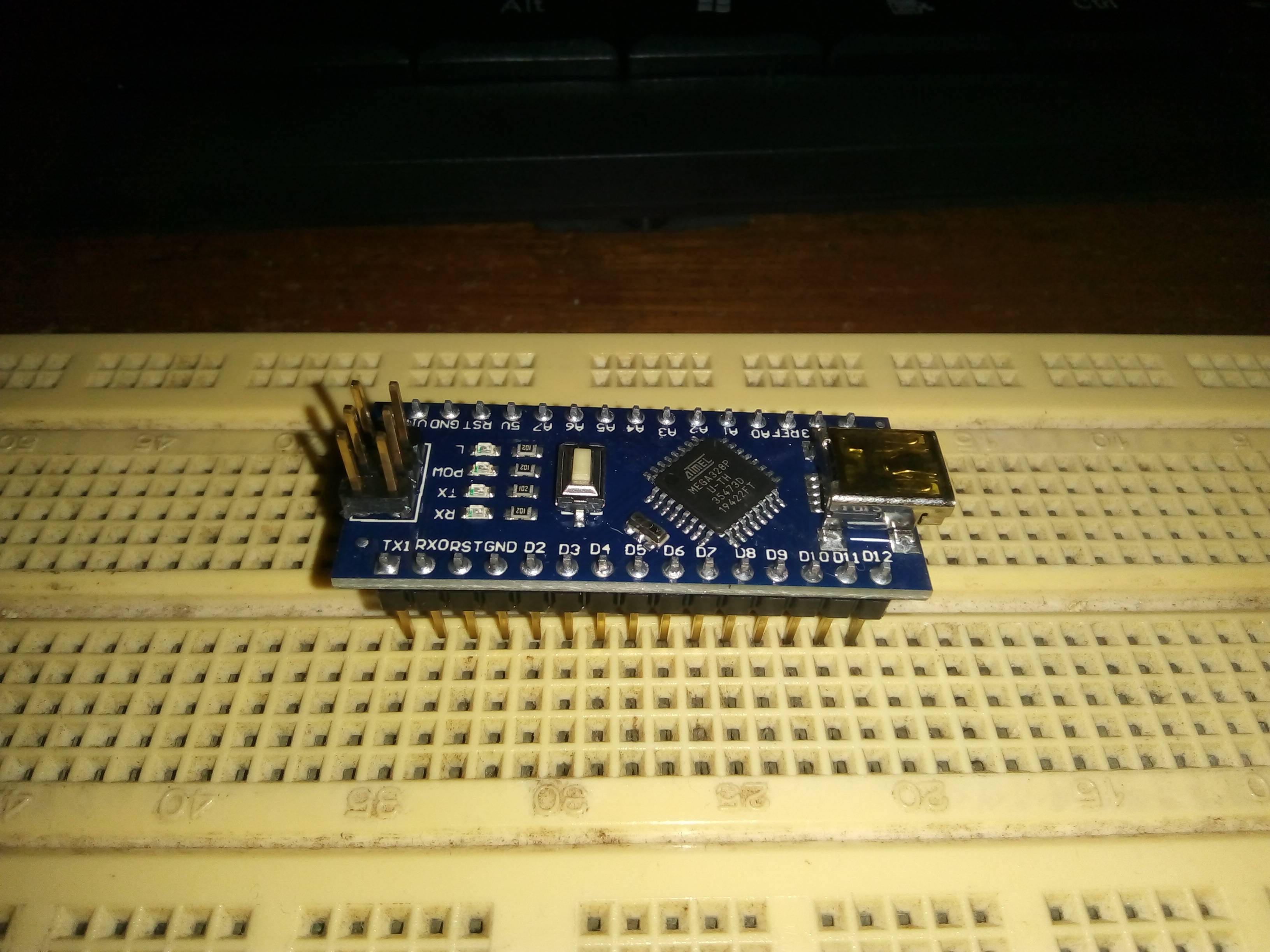 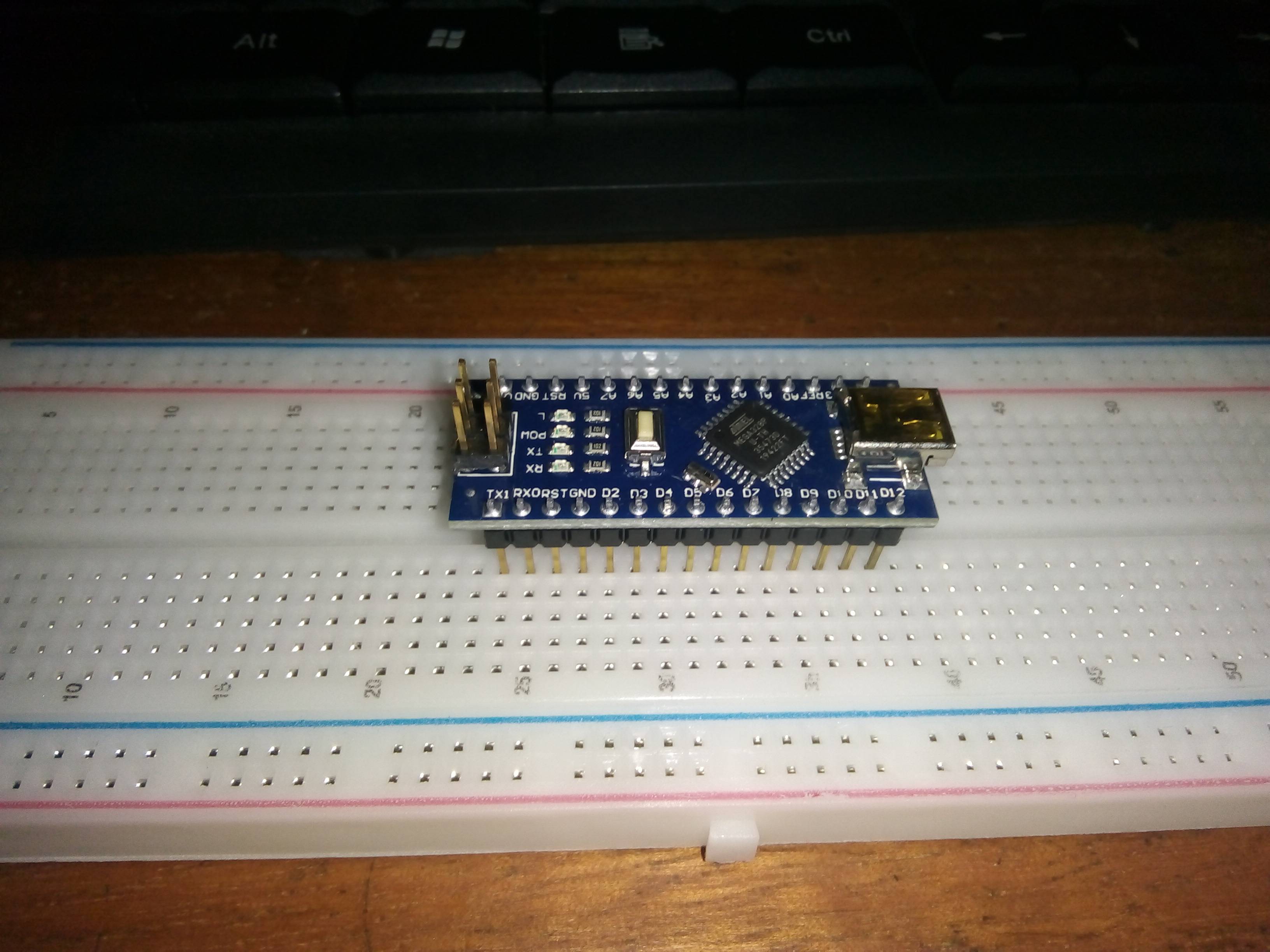 I measured the pitch and found that the old breadboard has a 2.54 mm pitch, but the new breadboard seems closer to 2.45 mm.

Is there more than 1 standard for breadboard and header pitch, or if not, what's going on???

2.54mm (or 100mil) spacing is pretty common, but there do exist other variant spacings for breadboards and perfboards (1.27mm, 5.08mm, etc). I believe the Arduino Nano is designed with 2.54mm spacing, but it probably fits on your 2.45mm breadboard since the pins might be flexing on it.

The "new" breadboard you got is junk. It is not "incompatible in pitch". It's incompatible with the notion of quality. It has poor dimensional control - throw it away.

The standard for solderless breadboards is only one: 2.54mm center-to-center.

Anything else "close but not quite" goes into the trash can. Forget about it. It's not worth dealing with such junk. You won't ever get your life spent on it back.

When measuring dimensions, it's good to use a caliper. There do exist 2.00mm square pin headers, and those would be rather misleading if you accidentally used one as a reference. Even cheap calipers will do a fine job if you measure distances over 20-30 holes.

I usually buy breadboards made by 3M. They can be found cheaper on eBay, as long as they are in the original packaging, and locally (US, Canada or Europe, NOT China). Never had a problem with them. Yes, they cost more than the usual cheap stuff, but you get what you pay for. Compared to 3M products, the cheap stuff is not worth the aggravation - especially if your goal is to get something actually done, and not fighting basic parts used for your prototyping.

I have little experience with cheap ones other than the observation that they don't last, the plating wears off quickly if you actually use them heavily, the connection points are not formed for the wires (parallel edges vs. facing C-shaped edges), and the first problem they will cause in your prototyping will undo any and all savings instantly.

1
How to add an RC filter between a header pin and a ribbon cable
24
Wire broke off and stuck in a header
2
Do they make triangle-shaped headers?
1
Is there any way to force square header pins into round holes?
0
inverted PCB plug approach (to connect two single sided boards with jumpers)
0
Figuring Out Pin-Header Size for Socket from Datasheet + Ordering Specific Pin-Header Size
0
Logic DIP switch console breadboard
0
Determining Headers and Connectors