I wanted a circuit I thought was a basic pan control, but after mapping it out it wasn't so standard after all.

Here is a table of what I am looking for. The question is: how do I make a circuit to do this?

So some more info. This circuit is going to be used with my high-end amateur radio that has two bands (think radios) built into it. These are the two inputs. I will be using headphones and monitoring two different channels at the same time. When I need to focus on one band I want to be able to hear it on both ears.

I posted the same question in an Amateur Radio group and someone there said he will work on a circuit. I shared the design below with this person. This person liked it and added a wise requirement:

I would prefer full isolation between the two inputs. A traditional balance control provides some amount of output from one radio TO the output of the other radio. I would be happier if a signal wasn’t going into the output of my expensive radio, just to be safe. It’s not hard to do.

So the gentleman on Facebook has come back and added a bit, first canceling what he said above and then bring up an interesting point about how it would sound:

Alright I was thinking about this more. The responder to your question on StackExchange is correct - you don't need to do any further isolation because of the "virtual ground" at the "-" input to the op-amp. I think the one remaining question is how to get a response that's more pleasing to the ear (logarithmic). A pair of linear pots are going to hard to use, especially if they're ganged together. If you keep them separate then you could use "audio" pots. But I think there might be a tricky way to get a near-logarithmic response from linear pots.

Is there such a thing as a dual logarithmic center-tap pot?

Use center tapped potentiometers into virtual grounds. something like this: 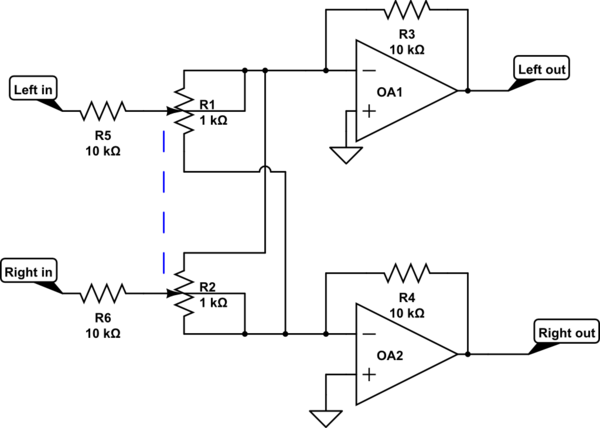 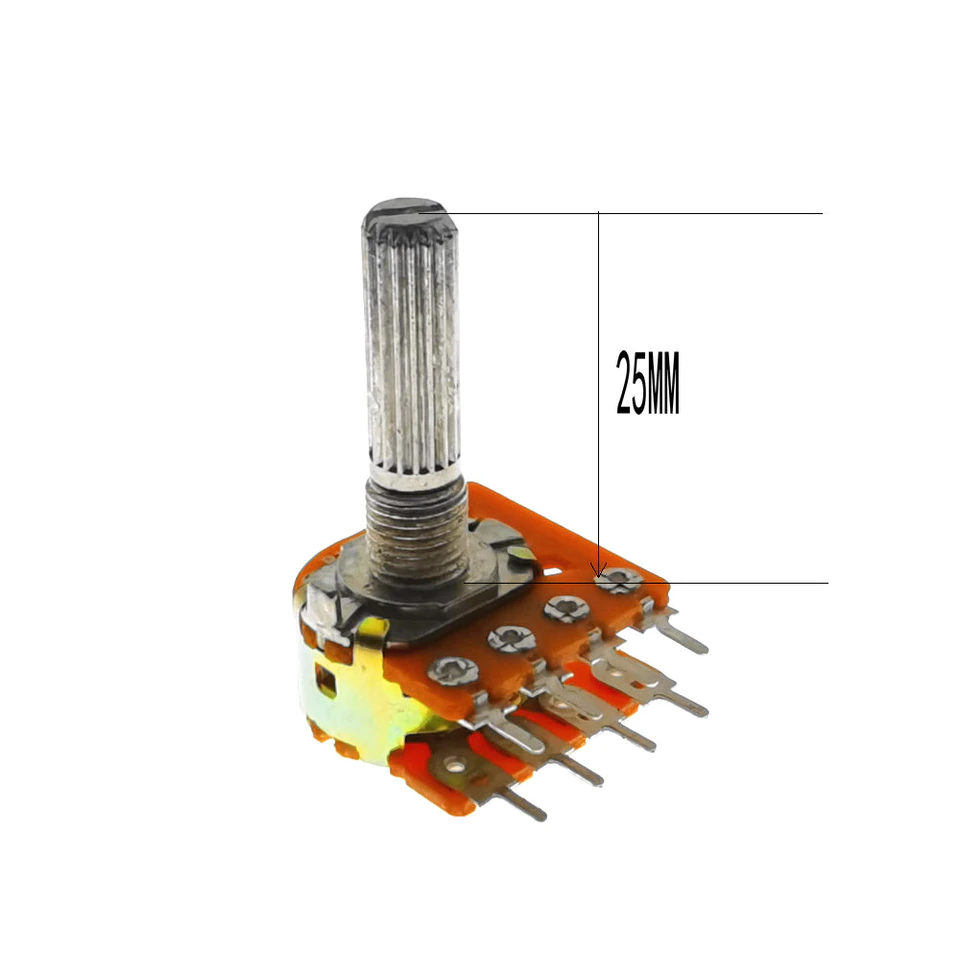 Not the answer you're looking for? Browse other questions tagged audio potentiometer mixer stereo or ask your own question.

2
How to make a RF additive mixer for two inputs in same frequency band?
0
How to regulate voltage into two variable outputs?
2
DIY mixer - use diodes to prevent input potentiometers influencing each other
2
Audio Balance Control
1
Using two mono amplifiers to make one stereo amplifier
2
How to make mix mono into stereo audio
0
Mono to Stereo Pan Knob
0
Stereo channel strip based on NE5532