I designed a closed loop resonant buck converter using voltage mode control and simulated on PSIM. Here is my circuit:-

This gave correct results. Now I want to design an input filter so I simulated on LTSpice. In this circuit I had initially put a pulse voltage source at the Gate of the IRF530 and it was alright. Now I made the same circuit as in PSIM for the voltage feedback, but it is giving very wrong output waveforms.

Here since I used LISN modules I did not ground the converter circuit instead it is all connected to the "n" label which is the eut point of a LISN box. C7 without this feedback was 4.7uF, but here in this circuit I changed it widely but the waveforms were all wrong. I will replace C7 by a damped filter. But first of all I need it to work as per the PSIM circuit before designing filter.

I know the problem lies in the feedback part because when I remove the feedback and put a pulse source, keeping the rest intact including the resonant components, I get perfect ZCS.

Also, if in the circuit in Ltspice (the image of which is attached) I remove the LISN blocks to make it absolutely same as in PSIM circuit, I still get erroneous waveforms.

EDIT 1:- Here is the circuit without the LISN module, exactly the same as PSIM. Here I replaced the diode and MOSFET as ideal devices, but still not working. 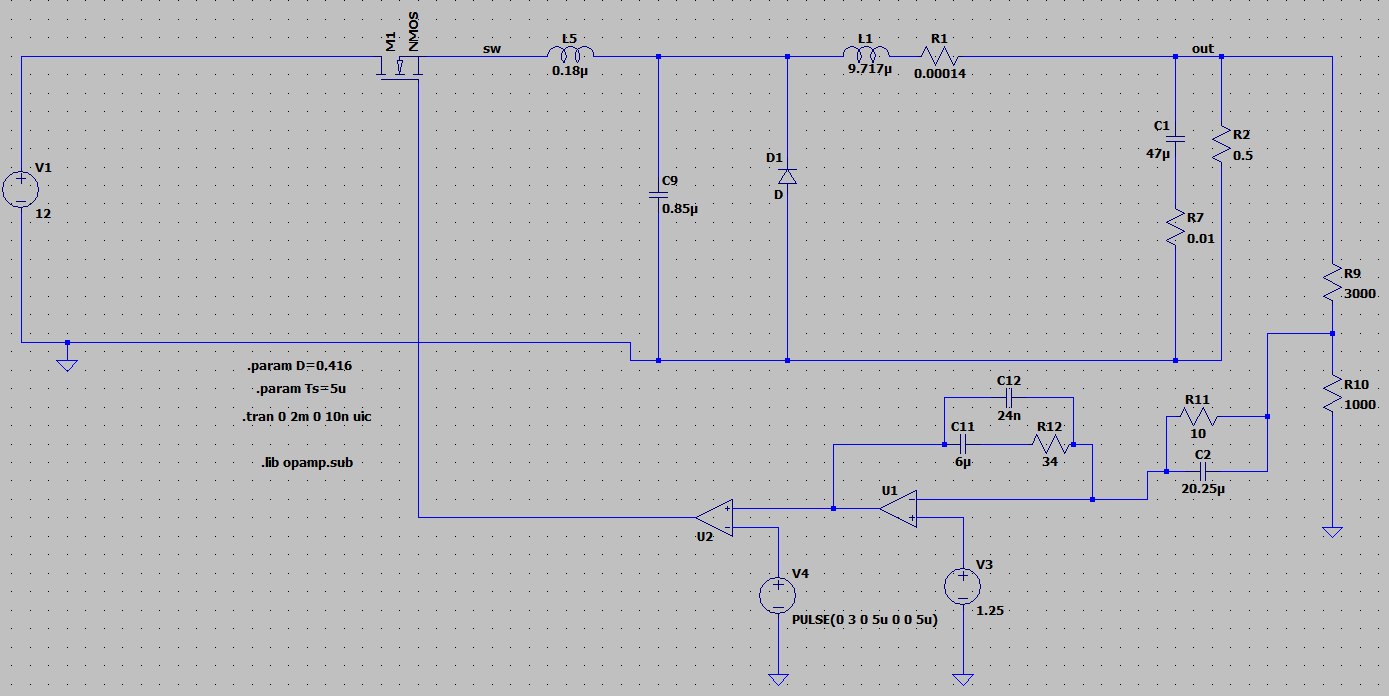 I have two comments regarding your approach:

I use SIMPLIS rather than PSIM on switching converters. The first one is purposely designed for simulating switching power supplies and extract the small-signal ac response without resorting to an averaged model. PSIM also provides this option but in a less flexible way in my opinion as the modulating source amplitude matters where it doesn't with SIMPLIS. For your information, I have released a set of 60+ ready-to-simulate SIMPLIS switching templates for the support of my next book on small-signal modeling of switching converters (tentative TOC is here). I have used the auto-compensated buck VM circuit to which I added your resonant components. I biffed up a little the output capacitor to 470 µF as you can see below: 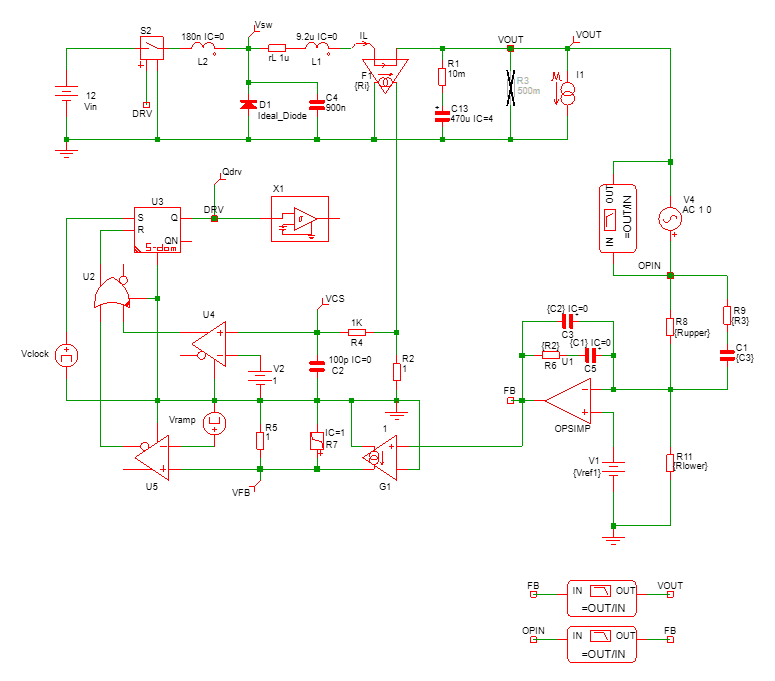 If you run the ac analysis, you obtain the steady-state operating waveforms confirming a 5-V output. Once compensated, crossover is 10 kHz with a phase margin of 86°. 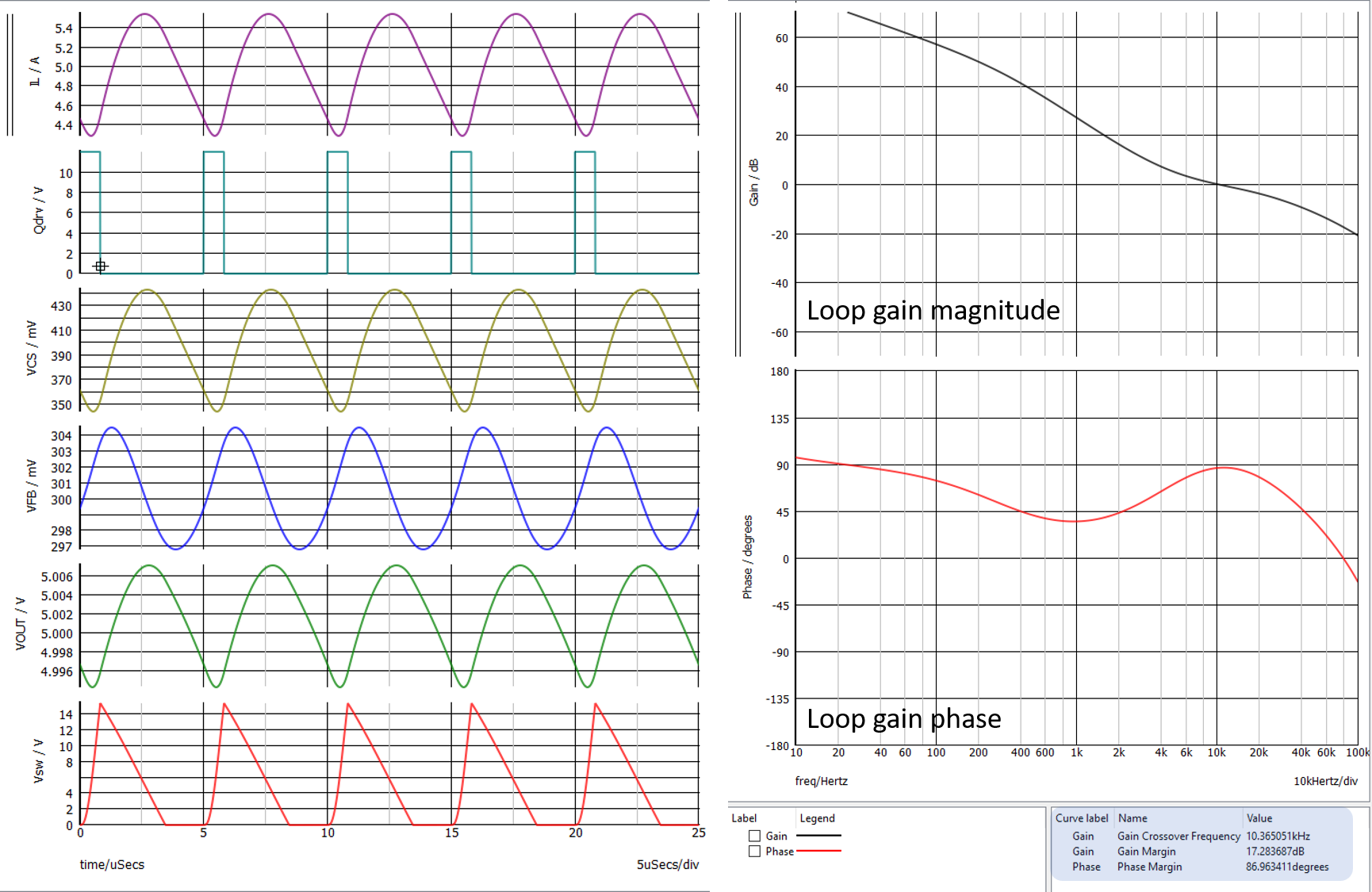 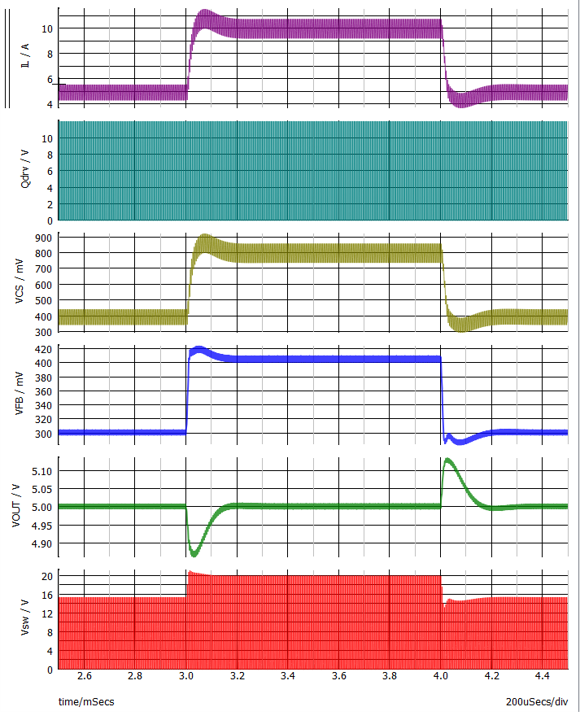 For your information, the macro computed the following compensation values:

Not the answer you're looking for? Browse other questions tagged dc-dc-converter ltspice simulation buck resonant-converter or ask your own question.