I attempted to power a 100mA LED with my Arduino. The power for the LED was provided by a battery (3.0V) - tge Arduino was connected via USB to a computer.

The idea was to use the Arduino PWM to regulate power from the battery to the LED.

Wiring the N-channel Mosfet (IRFZ44N) mostly as shown in the picture (taken from this guide) below (where the power supply is a battery.) For simplicity I connected the gate signal directly to the Arduino pin (without resistors.) 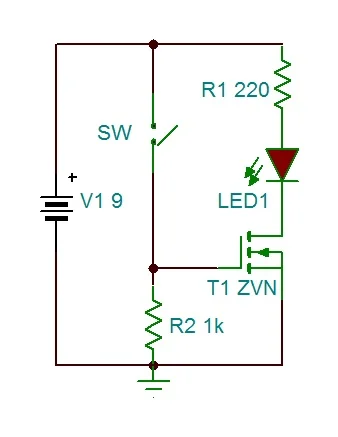 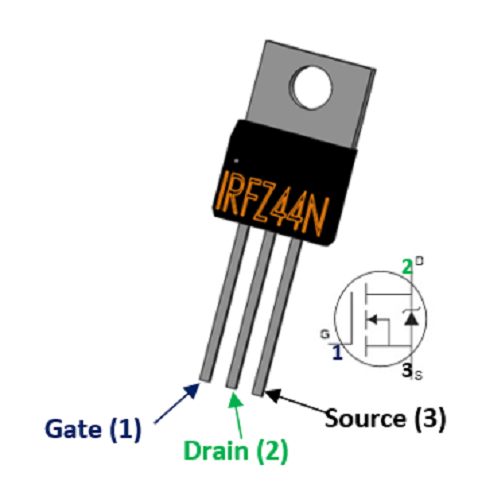 I observed something that I couldn't explain:

The PWM signal (or 3.3V or 5V pin) from the Arduino seemed to have no effect. Connecting the gate wire to either + or - of the 3V battery circuit turns the LED off and on.

My (noob-level) concept so far was that MOSFETs are simply 'voltage controlled switches' and therefore this doesn't make sense to me.

Can someone explain (in layman's terms) why this is happening?

I will guess that you did not connect ground from the Arduino to ground for the MOSFET circuit. That is required.

I am assuming that the LED does light up when you close the switch.