Most of the designs I found for soft latching circuits make use of a high-side P-channel MOSFET which have a too high On-resistance for my use-case. Also, I didn't found a design which blocks the generated power from the motor on off-state, due to the latch feedback and/or body diode.

So I tried to design a circuit with the following features:

I came up with the design below. It seems to work, but I'm not sure why the current in the generative state is halved during button press when switching off. I'm also not sure about the crappy motor modeling...

Do you think this would work in reality? Any hints or tips for improvements? 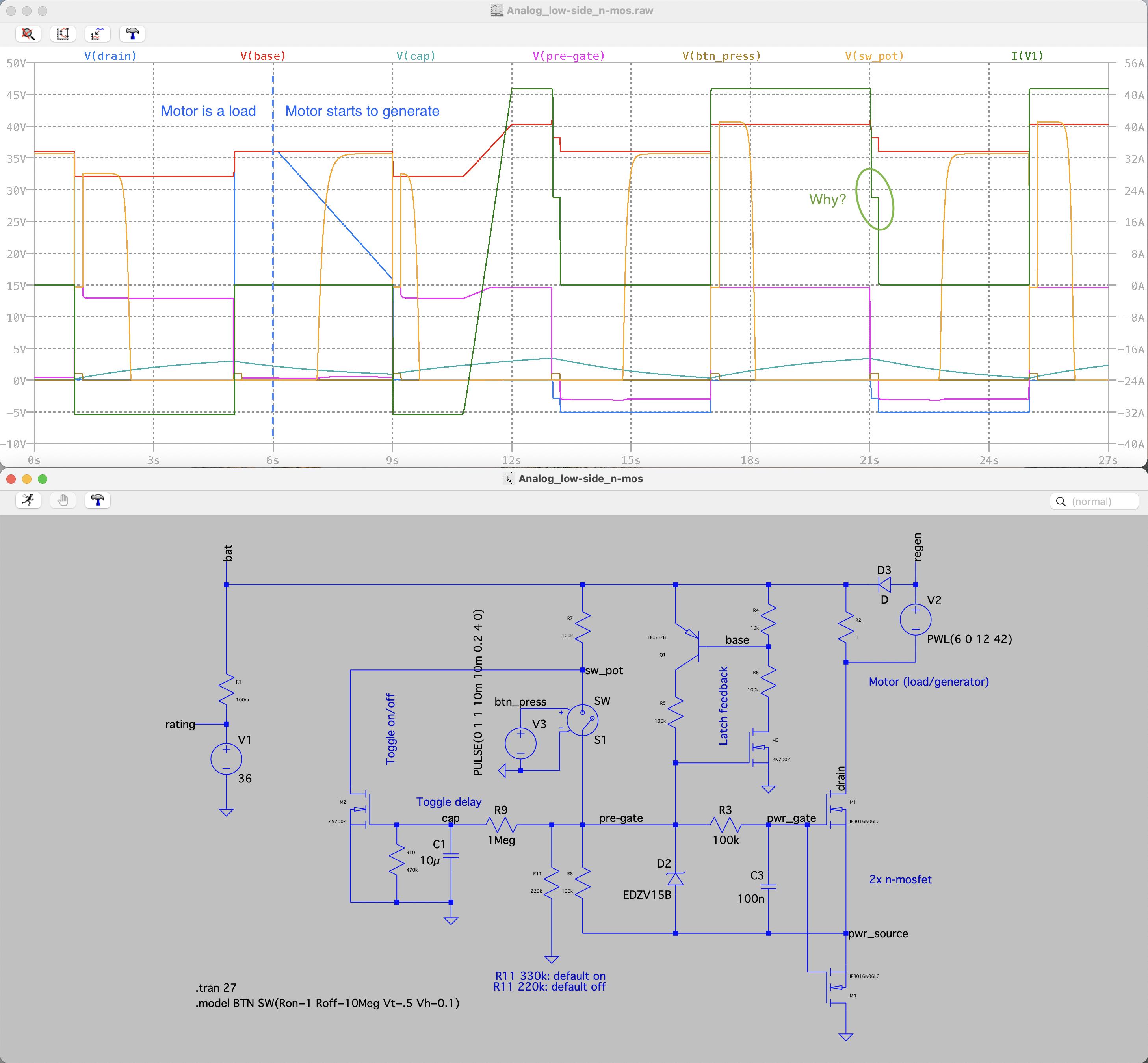 So, I needed to re-design the circuit to fix two issues: The step in current as described above, and a false default on for lower voltages of V1. 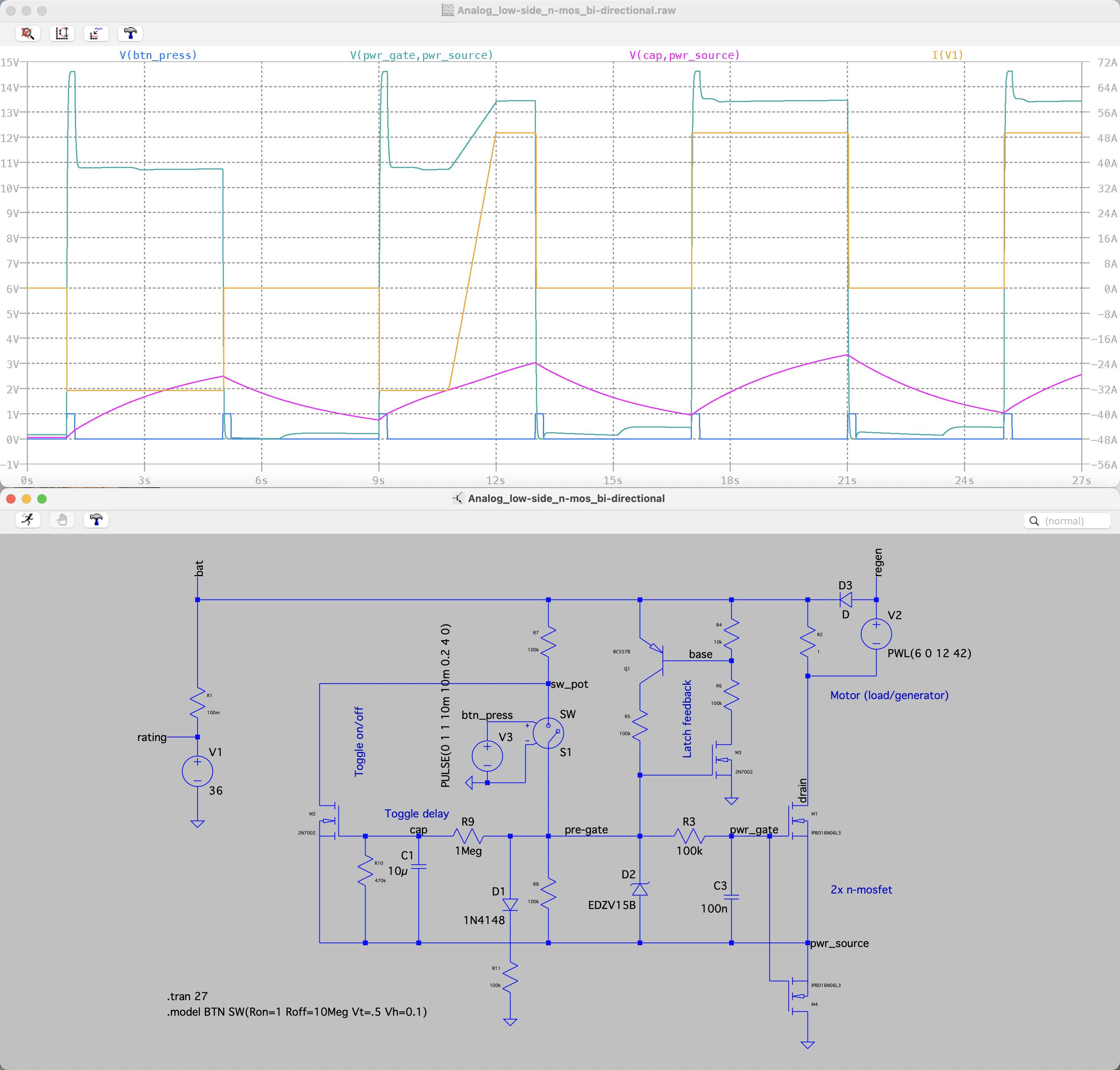 Edit: R10 should be 560kΩ to make sure the circuit works with button presses between 0.2...2 seconds.

Not the answer you're looking for? Browse other questions tagged power latch bidirectional or ask your own question.

1
Latch power on-off circuit
1
Starting a latch in a known state
0
What's wrong with this power latch design?
3
Latching Soft ON/OFF Button
4
Simple soft power latching circuit for a microcontroller
0
Can anyone help me to understand what these capacitors do in this design?
0
Safety switch to latch when power turns off till reset
1
CD4043 latch breadboard VS PCB
2
Switching on and off at different voltage while maintaining states
0
Car soft latch circuit auto triggers