I'm trying to build simple 50Hz current transformer (just to see the mains current - maybe some microcontroller measurment in the future) following the answer to this question.

When I connect it to a 100W 240V light bulb (incandescent) the output sine wave is perfect.

When I connect an SMPS (laptop charger) I get this strange waveform: 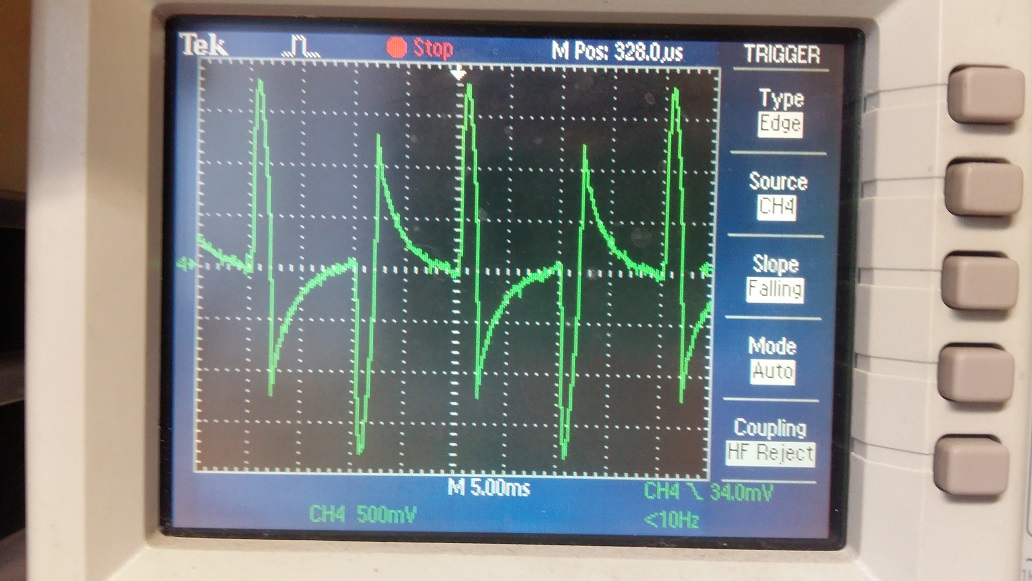 What is mostly strange for me is indicated with arrows. Why is that? Shouldn't be this flat after a peak? 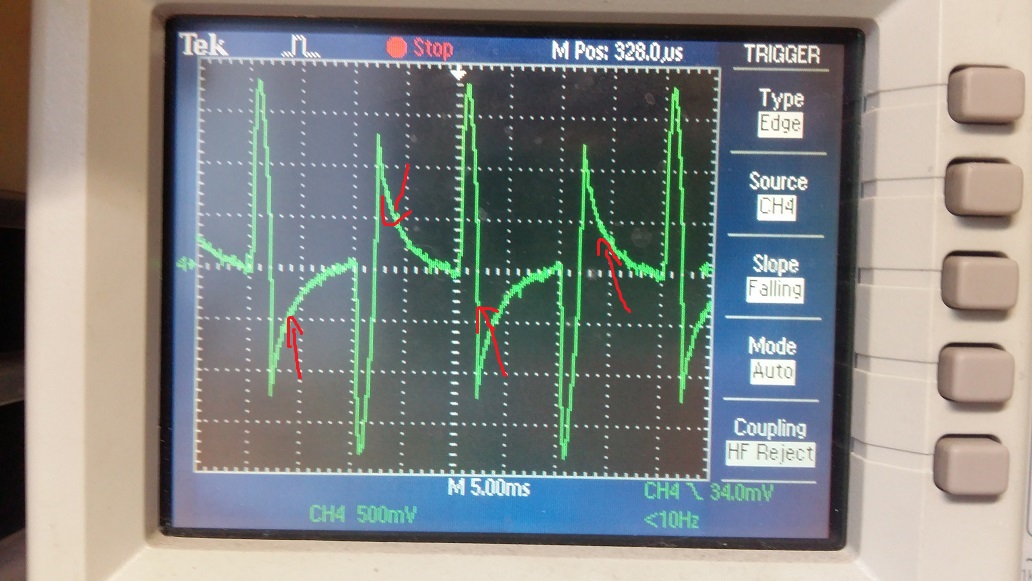 This is a photo of my setup: 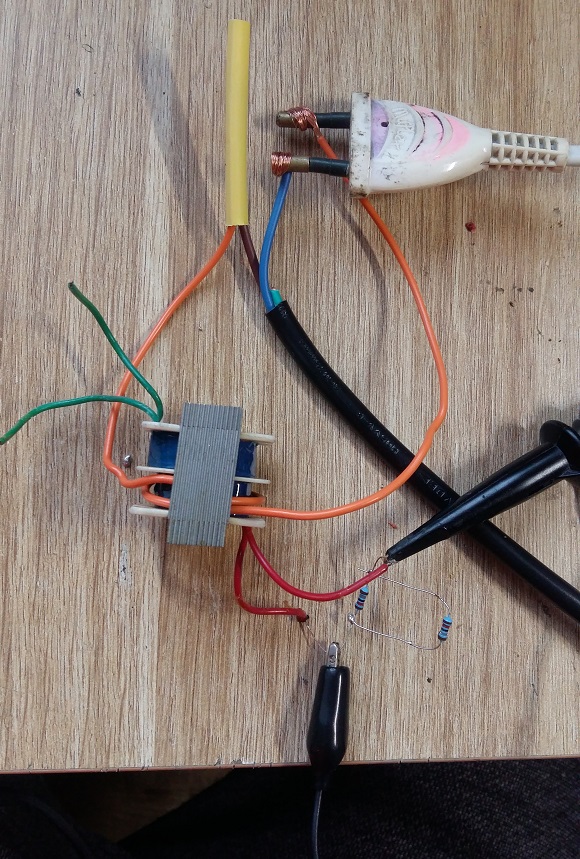 This transformer is just small one (8W?) took from plugpack charger of some kind - 12V output. I'm measuring the waveform on its original primary side, loaded with 9kOhm resistor (two 18k in parrallel.)

Why is this waveform so strange? Is this transformer constuction ok? Maybe the inductances are too high/low?

As Andy Aka suggested - I reduced the loading resistor value to 10Ohm. The waveform is now flat between peaks (as it should be), but the overall amplitude is very low - 20mV for 100W incandescent ligth bulb. Can I somehow increase the amplitude, or just add an amplifier?

What I tried to increase amplitude: I wound another 10 turns with thinner wire and connected this loading resistor there, now completly no voltage appeared on it, but according to the transformer formula, it should be quite large. Iout = Iin*(1/Nsec). For original primary N was like 2000 or so. Why then there is no voltage across this resistor?

I'm measuring waveform on It's original primary side, loaded with 9kOhm resistor (two 18k in parrallel).

Here's one big problem; you need to use much, much smaller values for the load resistor - it's called a burden resistor (when attached to a CT) and it MUST be low for a CT to work correctly. Try something like 10 Ω and re-measure the voltage waveform produced.

It's called a current transformer for a very good reason; current in produces current out and ideally, the output works best into a short but low value resistors are tolerated but, the core will saturate easily if the resistor is too high in value for a given input current.

Note also that the current waveform taken by a typical SMPS is going to be quite messy with lots of high frequencies and, unless you know the SMPS to be power factor corrected, you can't rely on it taking a stable sinewave-ish current.

When I connect it with 100W 240V light bulb (incandescent) - the output sine wave is perfect.

Well, you possibly got lucky in that the core didn't badly saturate without a low enough value of burden resistor.

Since the waveform is sinusoidal with a resistive load I’d be inclined to believe that this is the waveform for the SMPS and not an artefact of the CT. It looks like the SMPS is drawing more current early in the AC cycle when the voltage is low, and reducing the current as the voltage increases. I’m guessing that the largest peaks occur just before the AC crosses zero. Well designed equipment should have a more or less sinusoidal current profile, but lots of devices, especially lower-power ones don’t.

Not the answer you're looking for? Browse other questions tagged transformer waveform current-transformer or ask your own question.

1
Why have resistors in a circuit down-stepping 230VAC
0
Current Transformer Parameters
4
Where should I look for transformer inductance discrepancy?
2
Measuring the L/R ratio of an LR circuit
1
Pulse transformers and V.dt ratings
5
Current transformer and bridge rectifier -- why the diode drop?
4
Handling transformer inrush current where load varies greatly and is often switched on and off
1
Equivalent circuit of a transformer
1
Behaviour of a (broken?) transformer