Why can't I make flip-flops in logic simulators?

I've been playing with a few logic simulators and don't understand why flip-flops are not working. I'm trying to implement a T flip-flop with NAND gates: 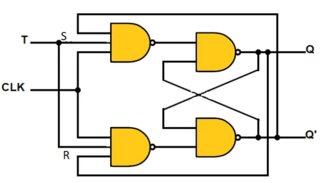 All the simulators I've tried give the same result. Either Q or Q' takes the state of the clock rather than toggling on the rising edge, depending on the timing of the internal updates. Given the symmetry of the circuit I'm not that surprised, but wonder how it's meant to work in practice.

Is this even possible, or do these imulators provide flip-flop components because it's not possible to do with basic parts? If so, why and what is missing? 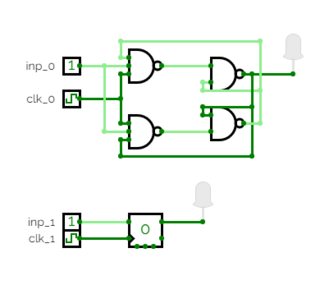 The same in simulator.io (using AND+NOT as there's no NAND):

Because from this page, the style that you show only works if the width of the clock pulse is tuned to be long enough for the output stage to react, yet short enough for the thing to not oscillate. A logic simulator that doesn't model propagation time may not be able to cope.

That same page shows this circuit for a fully synchronous J-Kflip-flop (just connect J & K together for a T f-f):

You may want to try that in your simulator, see what happens.

The circuit you show is a gated JK latch, not a flip-flop. It suffers from a flaw: with T high and clock high, the cross-coupled NAND gates form a ring oscillator. This is sometimes called the ‘race-around’ problem. The output never settles until the clock is brought back low.

This circuit is illustrative of how not to make a clocked flop. Otherwise it’s useless. An actual toggle flop will use a pair of latches in two stages, clocked on opposite levels. This is sometimes called an ‘edge-triggered’ or ‘master-slave’ flip-flop.

More here: How is the Q and Q' determined the first time in JK flip flop?

To implement an edge triggered T Flip-Flop that does not rely on gate delay timing, requires, I believe, a minimum of 6 Nand gates. The circuit below simulates fine in CircuitLab. 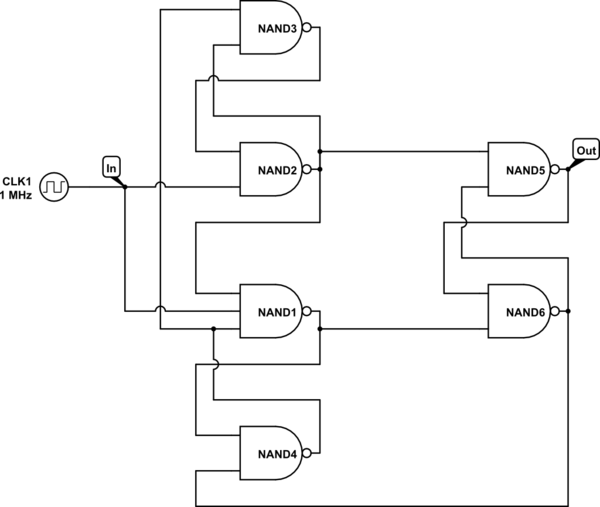 Someone has commented that this circuit is not a T flip-flop because the circuit depends upon the clock alone, and does not have separate T and clock inputs.

However, when I google "T flip-flop", the very first hit that comes up for me is this which states:

The T or "toggle" flip-flop changes its output on each clock edge, giving an output which is half the frequency of the signal to the T input.

It is useful for constructing binary counters, frequency dividers, and general binary addition devices. It can be made from a J-K flip-flop by tying both of its inputs high.

and which contains the graphic:

I don't claim that this is necessarily an authoritative refutation of the claim that a T flip-flop must have separate T and clock inputs. (There is certainly a lot of misinformation about flip-flops on the interwebs. For example, the OPs circuit, shows up all over the place labeled as a T flip-flop despite the fact that it has problems described in other answers.) However, I am offering the above information as an alternative point of view to that of the commenter.

Edit2: A commenter has asked for a state diagram for the circuit. I will provide this information, but not as a diagram.

The stable states are:

The transitions go as follows

Another issue you might (but should) run into is this: How is the Q and Q' determined the first time in JK flip flop?.

This is especially true for a T Flip-Flop.

For a T Flip-Flop with only 2 inputs, T and Clock, there is no way for the output to get into a known state in a simulation that supports 'X'.

A good simulator will shown an 'X' on both outputs, which shows that the value is unknown.

As I have mentioned in my answer, one can use synchronous or asynchronous inputs to set the output to a known state.

For reference, I've built a T Flip-Flop with asynchronous inputs using a Master Slave JK Flip-Flop, which you can simulate in your browser: 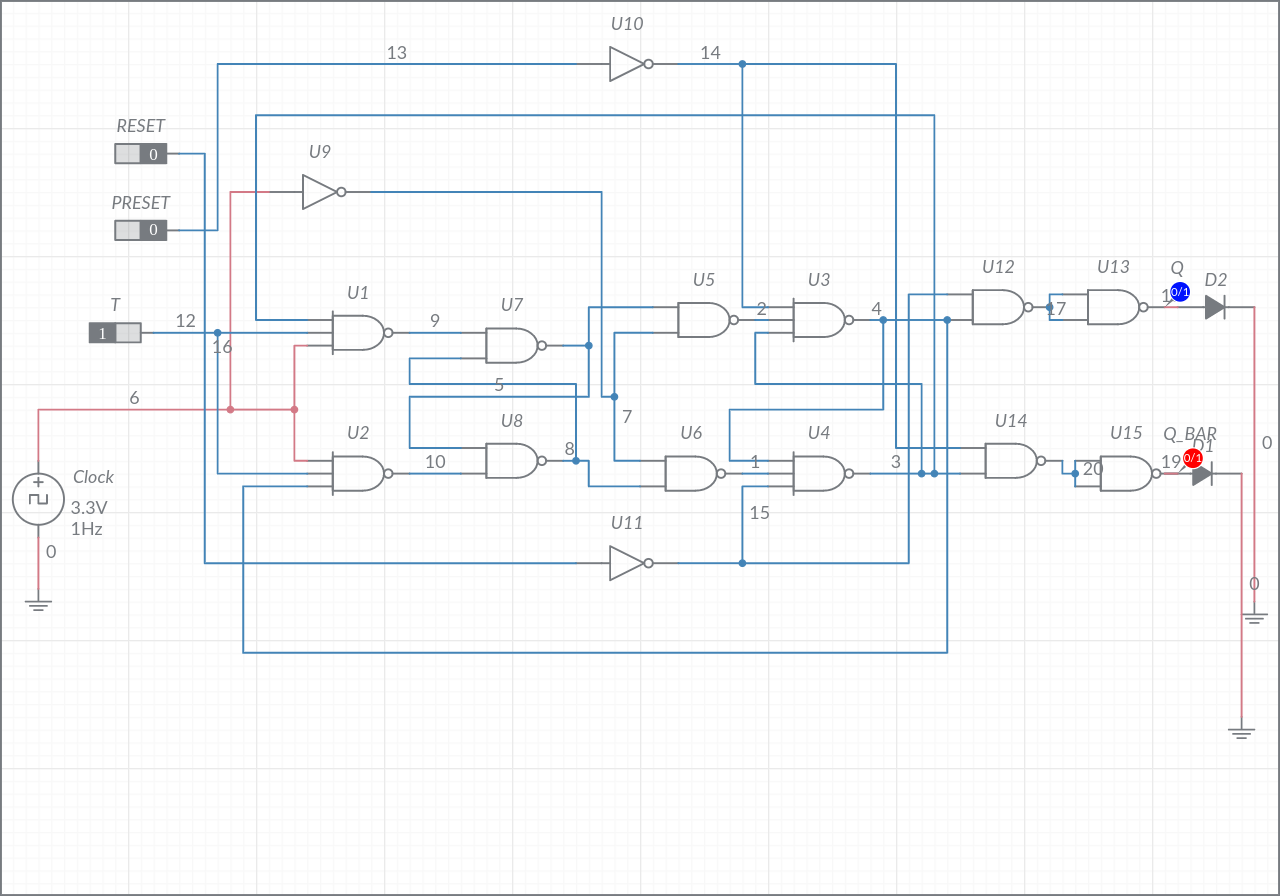 Not the answer you're looking for? Browse other questions tagged digital-logic simulation flipflop sequential-logic or ask your own question.

9
How is the Q and Q' determined the first time in JK flip flop?
7
JK latch, possible Ben Eater error?
1
How do I build and simulate a T Flip-Flop without a reset in SystemVerilog?

11
Why is S=1, R=1 state forbidden in RS flip flop?
20
Why do we clock Flip Flops?
4
In a JK Binary Counter from 0 to 9, why is the NAND gate connected to the second and fourth J-K flip flop and not the first and fourth?
0
Understand the JK Flip Flop Logic Diagram
2
Why use JK Flip Flops in syncronous/asyncronous binary counters rather than D flip flops?
1
JK Flip Flop Not Toggling in Logic.ly
0
flip flops RS(with NOR gates or NAND gates)
1
Is it better to combine logic for two flip flops in a single always block?
3
Flip-flop vs latch: Do flip-flops have an edge detector integrated?