From the following Youtube video (at 3:15min) I got that it is dangerous to recharge a Lipo/Li-Ion-Battery after it was completely discharged (0V), because it will catch fire.

I'm using the following circuit. It cuts off the load at 2,5V, but then there is still the self discharge, which leads the voltage down to 0V volts by the time: 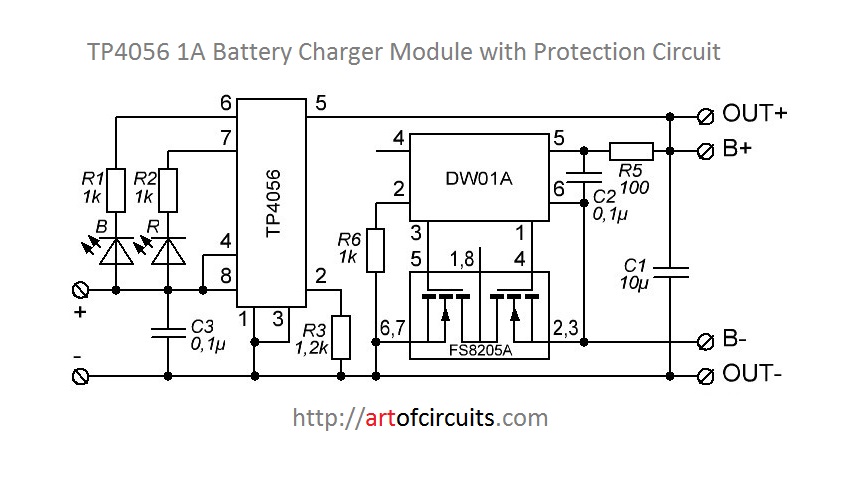 Is there a common or established way to prevent recharging a completely discharged battery, which is fitting to the circuit from above?

When a lithium-ion battery is overcharged, copper from the anode current collecter can become dissolved and move through the cell shorting or providing a low impedance path from anode to cathode.

If you were try to charge a battery in that condition with the normal charge current, the battery would likely overheat and enter thermal runaway.

The condition is somewhat reversible, but the charger has to be able to sense and recognize it, and enter a low-current precharge phase until the copper is re-deposited on the anode's current collector, and the cell voltage rises to a point where it's safe to increase the charge current.

Of course there will be some permanent degradation of the cell at that point.

Some systems support that type of feature, but if they do not, as in the case of yours due to your protector, they will just refuse to charge the cell. (Which is probably the safest way to go.)

The DW01A IC used in that circuit has overdischarge protection, so unless the battery is drained without the circuitry, you should be fine.

It should disconnect the battery cell when it detects voltage falling below threshold.

Not the answer you're looking for? Browse other questions tagged protection discharge undervoltage tp4056 or ask your own question.

2
Maximum load current that is still indistinguishable from battery self-discharge
3
Will it be fine to consume 0.0058 mA from a LiPo cell after its lowest discharge voltage of 3V has been reached?
0
Get Li-Ion battery capacity from discharge time (constant load)
0
How much heat is generated by a Li-ion phosphate battery during discharge