I've a question about the LTSpice simulation of the following simple LC circuit driven by a DC current source.

The first simulation (A) looks good from point of view of initial conditions for either voltage cap V(n001)=0 and inductor current I(L1)=0. As shown in the first picture the Initial Transient Solution (ITS) for the inductor current looks ok. 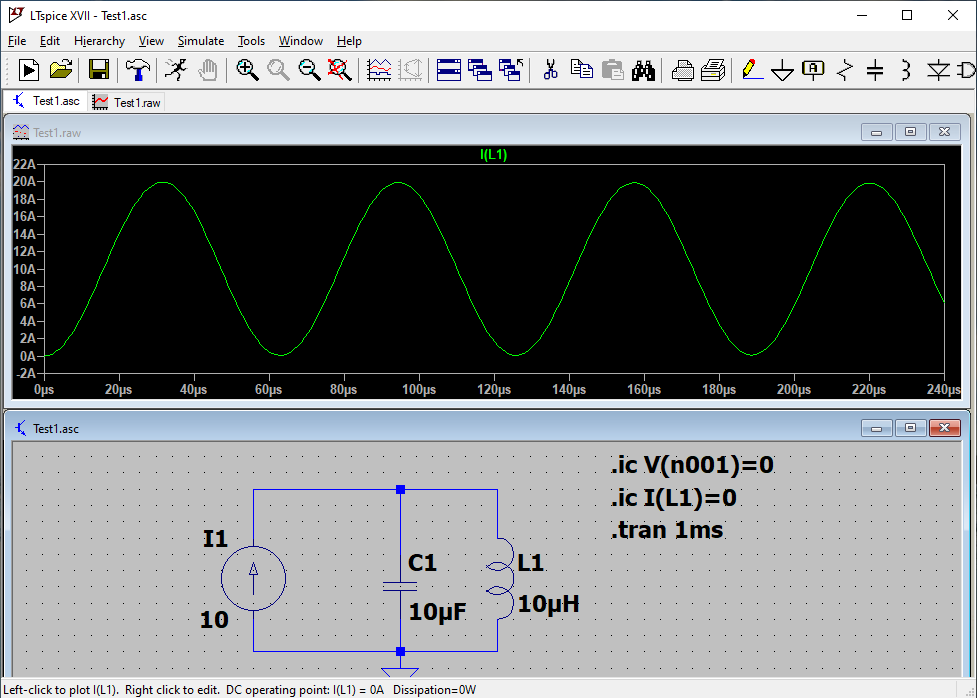 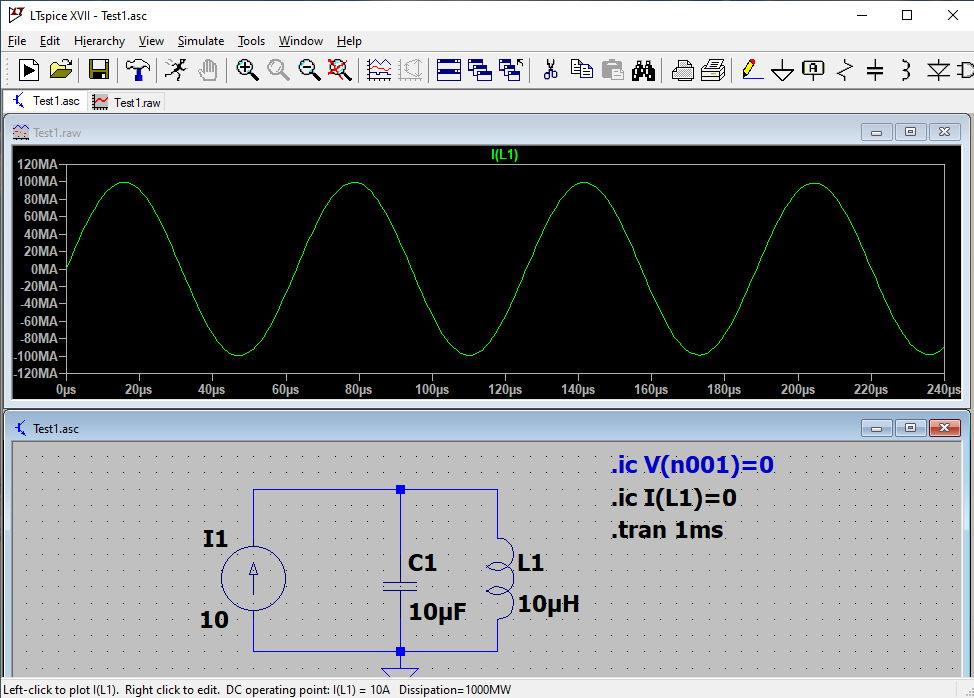 Can you help me in understanding the reason behind it ? Thanks

Edit: based on comments I've done another simulation (C) without any initial condition. As you can see the solver is able to work out the Initial Transient Solution (ITS) different from the previous two (A & B). 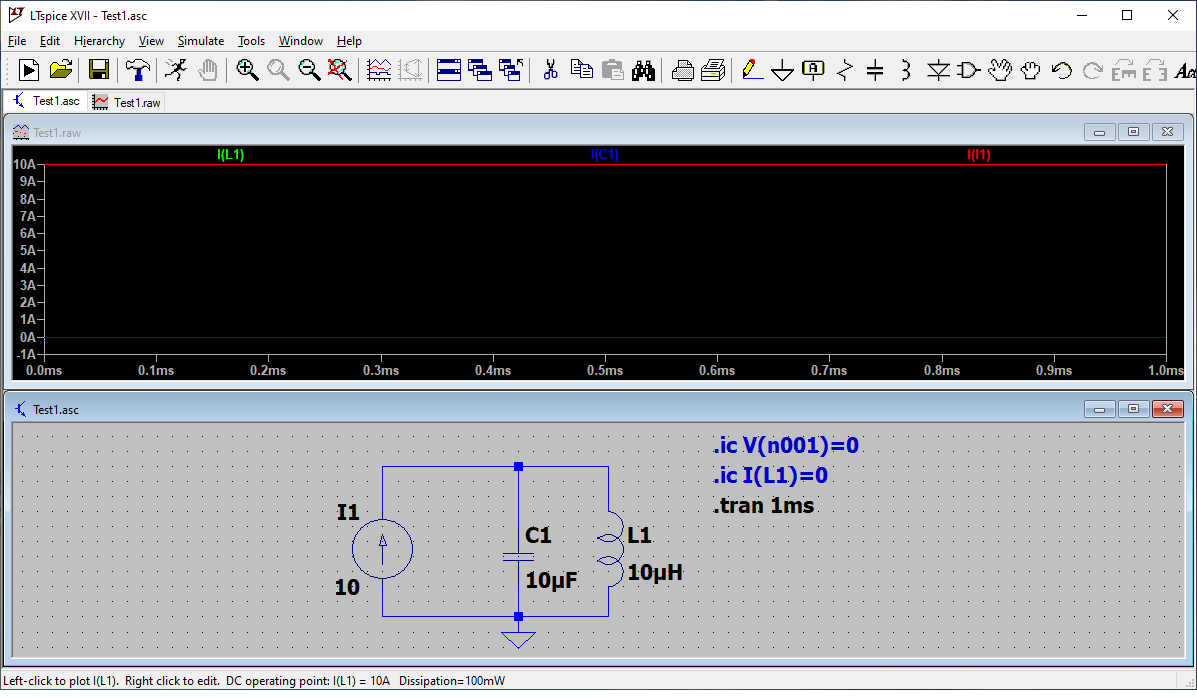 Can you point me to some book (or documentation) about how Spice works under the hood ? Thanks

The simulator tries to determine the steady state conditions then, once evaluated, it will produce a transient response. But, what are those steady state conditions you might ask. For a simulator, it makes use of the leakage resistance it applies to every circuit node and the default value for micro-cap appears to be 200 MΩ. I get a peak voltage of 2 GV and 2 GV/ 10 amps = 200 MΩ.

In some circumstances (such as these) you need to "force the hand of the simulator" so that the initial conditions are defined as in .ic V(1) = 0.

Not the answer you're looking for? Browse other questions tagged circuit-analysis ltspice simulation transient power-up-conditions or ask your own question.