Charging 4 cells in series with TP4056 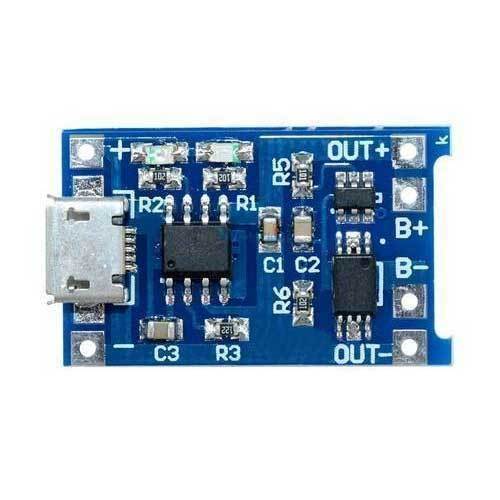 I am using TP4056 module to charge 4 Li-ion cells in series using 4 of the modules. Red wires in the diagram represent wires for positive terminals and black wires from the negative terminal while blue wires and green wire used for connections.

Now when I tried charging with this circuit the circuit burned out and TP4056 and other components in the module started emitting flames and obviously, the circuit failed to do what it was supposed to do.

If anyone could tell me the right circuit or changes I can make in the present circuit. I have already considered problems like circuit getting short or too much input and taken care of that already yet the circuit failed and when tested for 2 cells in series it worked fine but failed of 4 cells.

This is NOT going to work!

The - input and - output of the TP4056 module are connected and that will short your battery. I have indicated one of the shorts in purple:

To be able to charge 4 cells in series with 4 TP4056 modules you would need 4 separate, isolated power supplies.

But I would not recommend that. The proper way to charge 4 cells in series is by using a charger that is designed for that task. It should include balancing so that all cells will be charged to the same voltage despite differences in capacity between the cells.

Not the answer you're looking for? Browse other questions tagged battery-charging lithium-ion tp4056 or ask your own question.

5
3 Cell Series Li-ION charging with TP4056
12
How can I use two TP4056 with two li-ion batteries, but single load?
0
How do I know if TP4056 charging modules are faulty
0
TP4056 and li ion battery charging that never ends
1
Charging and discharging 18650 batteries with TP4056 modules via their power output terminals
1
Charging a protected 18650 cell
2
Chaining TP4056 modules, the proper way