ESP32 randomly dies after 10 minutes use

I've posted here before (this) and this could be considered a followup post.

I've taken all the feedback into consideration which would make me belief to have a working version.

However, after about 10-20 minutes of use, the thing just dies. It straight up dies. No output anymore over UART, it won't even boot. There is still ~3.3v on the 3v3 and chip_enable pins, as well as on GPIO0 (boot mode) which has an internal pullup.

Here is a screenshot of the schematic, and here is a link to the pdf, where everything connected to J1 was left unpopulated. None of those transistors were populated. All the unused pins on the ESP32 were left unconnected/floating.

Here is also a link to the pcb layout.

Here is the datasheet of the LEDs that were connected, I bought them as a generic WS1815 ledstrip, I cannot find the manufacturer of them so these might not be the exact LED.

What could be the issue?

The only thing I could think of is that, somehow, 5V shoots back into the ESP32, from the LED strip (the WS2815 have 5V logic level.)

In the two boards that I have tested, I tested a ledstrip connected to J3.

I'm at a loss, any help is appreciated.

To the remarks about ESD, it's not that I'm not at all concerned about ESD, it's more that over the past years I've worked with many custom ESP32 board that did not have any kind of ESD protection. I have never had any issues with those boards.

To the remark about the power supply, I have tried connecting the power supply to another board with the same power cirtcuit, which worked like a charm, the baord stayed alive for the couple hours that I left it on.

I had the same issue, with the SMD version of the ESP, during prototyping. Since I started using ESD mats, and ESD gloves, I dont see my ESP's dying :-)

What I observed as Stage 1 was random serial characters, and then within few hours, esp would be dead. No Flashing either! Obviously I was touching them with my bare hands, on a carpeted floor. I took 2-3 days to research and learn ESD protection circuits.

Additionally, the schematics you posted are very blurry, but since it works and dies off, I would presume, a power failure/transient coming from ESD most probably. I didnt see any protection on Tx and Rx line of your esp32.

Esp32, I believe is only rated for 500V, and human body can at a minimum, even to feel a ESD discharge requires 3kV, which makes ESD protection more or less mandatory on esp32. Look at the dev board schematic and they have it on there, on power, D+ and D- lines. 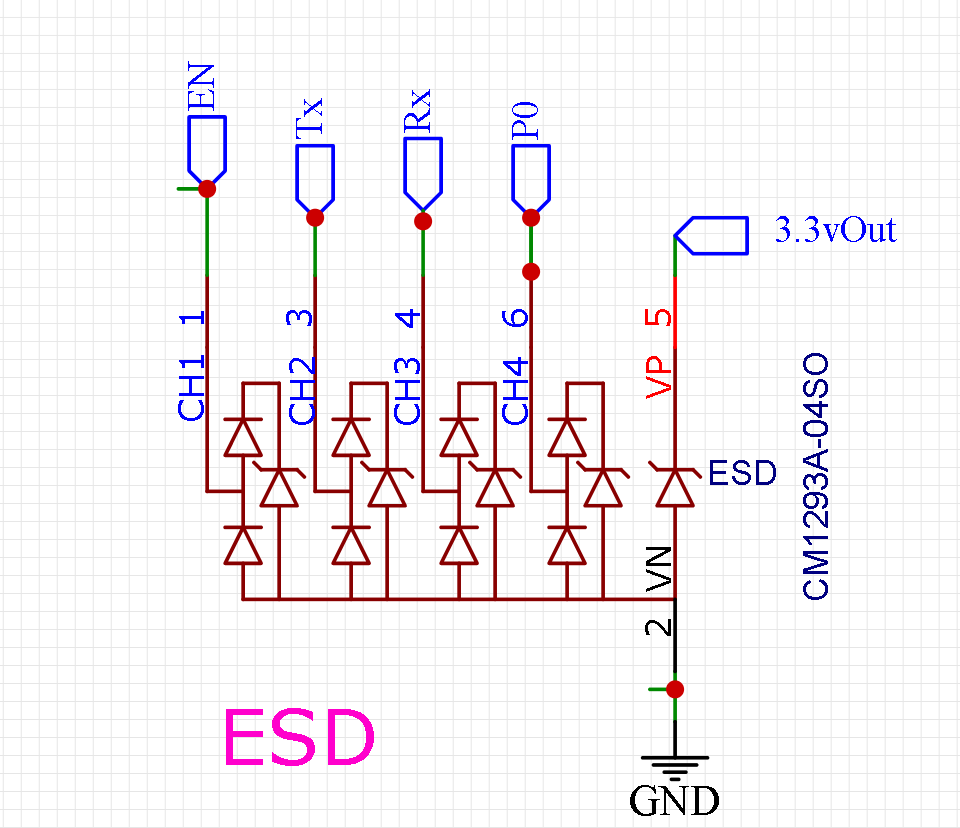 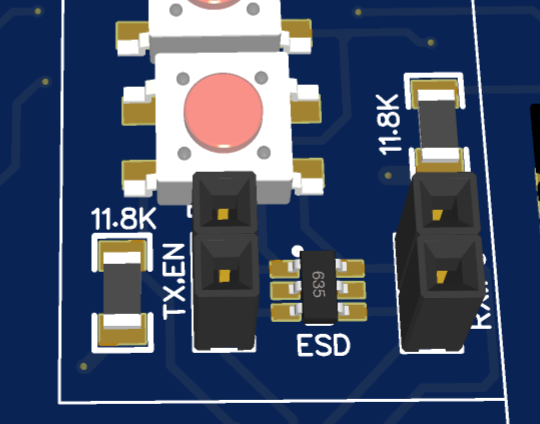 Have you tried a more consistent voltage regulation like a LM2576 module instead of linearly regulated power source?

Not the answer you're looking for? Browse other questions tagged microcontroller led-strip esp32 or ask your own question.

1
Why does my mcu keep dying?