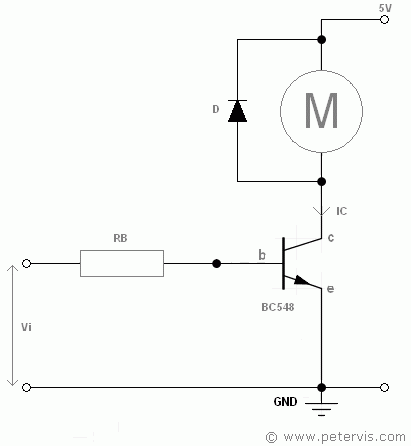 Suppose the DC motor has a peak current of 500ma and after that it drops to 100ma, the transistor can switch continuously 200ma.

If I limit the current of the transistor from the base current to 100ma, for some reason could the transistor consume a higher peak than that when starting the motor or would it be limited to 100ma?How effective is limiting hfe gain against inrush currents?

The Hfe value is one of the least stable or predictable metrics or a BJT, datasheets often gives ranges of 50 to 200. Current gain varies widely from one device to another and also with current, temperature etc. That said, a BJT will do an effective job of limiting the inrush current but it’s not possible to predict with any degree of accuracy what the current limit will be.