Turn an LED off when there is 3V input

I need to turn this LED off when another power supply line gets a 3V input, and when the 3V is not there the LED has to stay on. What is the simplest circuit to achieve this? The input battery will be like a 12V 7.5A one. Please help.

An image of the current setup is as below. 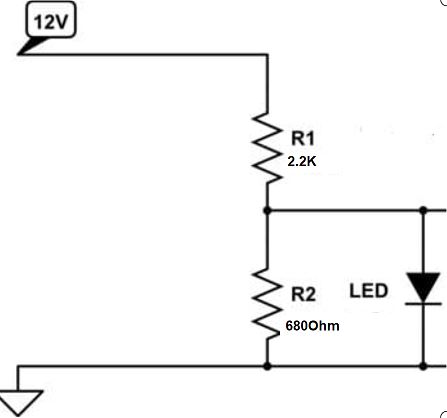 A fairly simple method is this: - 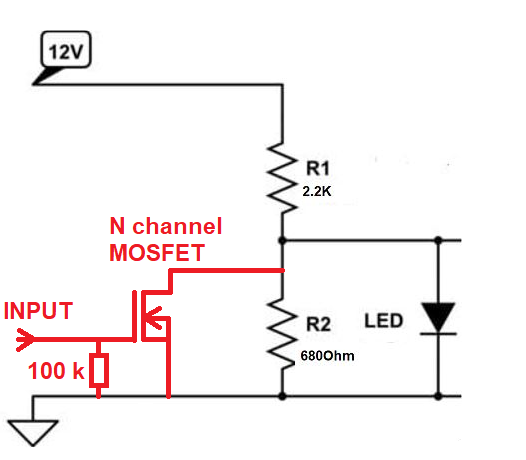 Choose the MOSFET so that it turns on sufficiently when 3 volts is applied at the input. This usually means a VGS threshold value of about 1 to 1.5 volts.

The MOSFET could be replaced with a BJT and another resistor but you said "simplest circuit" and, using a BJT will require 3 components unless you are prepared to accept that the LED will be still turned-off at around 0.6 to 0.7 volts on the input.

But, perhaps the simplest way (no added components) is to break the LED connection to ground and wire the input as shown: - 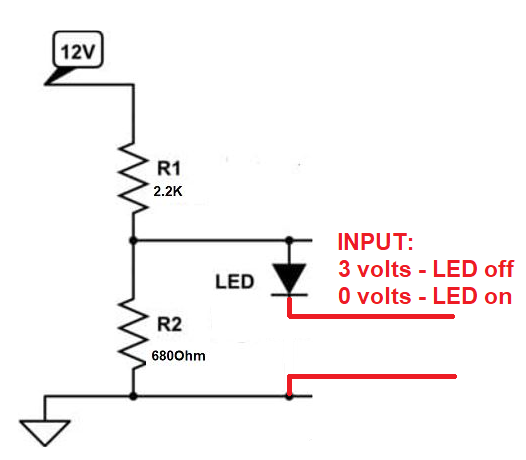 This works because the Thevenin source voltage formed by the 12 volts, R1 and R2 is only 2.83 volts and hence, when 3 volts is applied to the LED cathode, it will slightly reverse bias the LED and turn it off.

Article explaining why the OP's circuit will not work.

YouTube video showing TLP512-4 based circuit, under test by a NE555 astable

How to use a DC 5V/0V signal to turn on/off a 12V powered LED, as simple as possible?

The simplest circuit I can think off is using a saturated NPN BJT to "short" the LED.

The experiment is summarised below: 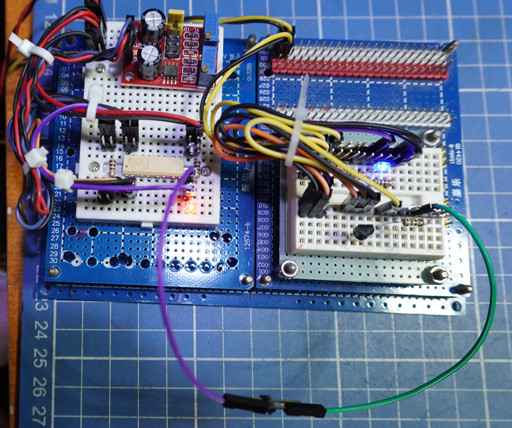 The IC you need for MINIMUM circuitry is a "Voltage Supervisor". I used MAX809S from LCSC @ approximatley $0.04, when connecting to a 4.2v Lipo battery. The chip is active low output, ie when voltage is below 3.0v, internal FET's are active and output is low.

I tried looking at both digikey and LCSC, but couldnt filter by input voltage for your ratings(12v), for which I am sorry, but below is the datasheet for the 4.2V based supervisor. You need to find a part similar, but which has a 12v operating voltage.

0
Turn on an LED when power is lost with a relay
1
Simple LED Dimming from Analogue Voltage Control
1
ULN2803A PWM LED High Watt/Ampere
6
LED intensity changes with time
2
I’d like the 12v rocker switch LED to illuminate when the switch is turn OFF
0
Blue 5mm flashing LED flashes for a while then goes static
0
Why is voltage across LED filament bulb slowly decreasing?
0
I want to make the LED turn on only when it receives 0V after a timed 5V input
1
LED in small Raspberry Pi circuit glows when it is meant to be off
0
Sequential LED turn signal