I am working on a project which involves 8 sets of LEDs being controlled by a micro-controller. The micro-controller is also communicating with an IC which is sampling an audio signal. The audio signal comes from either a 3.5mm jack or an onboard bluetooth audio board. In my first version all the components were connected to the same ground seeing as the micro-controller doesn't have an AGND for me to use. Here is a basic schematic of it: 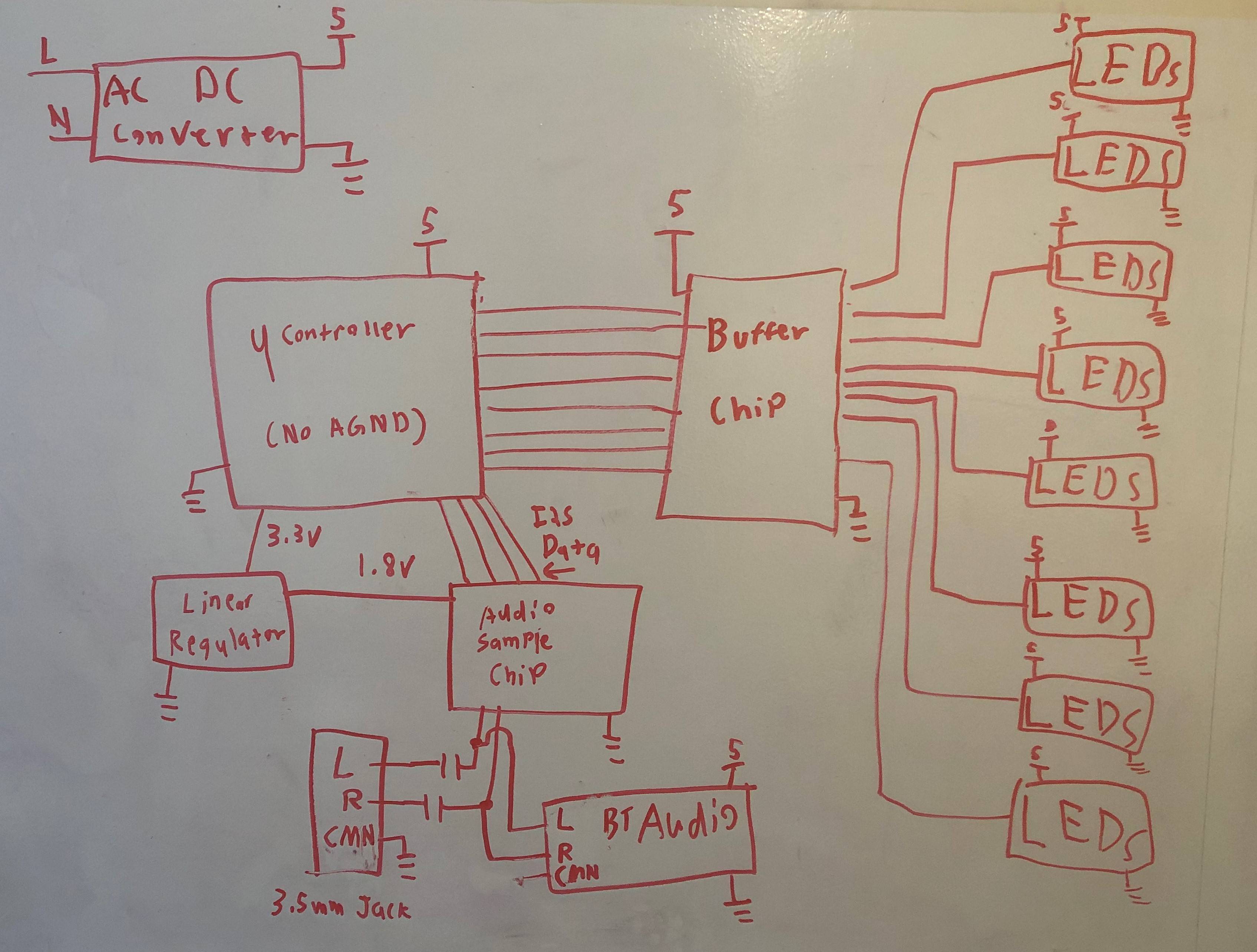 My question is how can I isolate the audio from the rest of the circuit while still letting the Micro-controller sample the music and also control the LEDs? Would the DC-DC converter still let the micro-controller communicate with the LEDs even though they are on different GND networks? IS there an LC circuit I should use instead to stop any noise on the audio line?

Browse other questions tagged led audio noise ground or ask your own question.

9
Power supply noise in audio
0
How to fix noise from resetting my micro
6
How to eliminate Bluetooth noise in electric guitar
2
How can I find and remove servo/motor noise from this audio amplifier?
3
Audio Noise with 5532 Opamp
0
How to reduce audio noise from Bluetooth module