The motors in a crane machine are 48V DC and I am controlling them with an H-bridge configuration using an 8 channel relay module I got off eBay which is controlled by an Arduino Nano. I'm using an ATX power supply to power the system but I'm using a high power boost converter to get up to 48V for the motors.

The issue I'm having is when the motors are moving, 50% of the time the Arduino will either reset, or will skip a few lines of code, or sometimes the Arduino freezes and will keep going in one direction indefinitely.

It's only programmed to move to the centre of the cabinet, drop the claw until the down switch activates then raise the claw until it hits the top after that, it goes back to the corner, but it only rarely finishes it, usually it resets or keeps going in 1 direction.

I've tried 2 different power supplies, I tried powering the Arduino and relay module over USB, I tried 2 different Arduino Megas. When I try lowering the voltage on the boost converter, it doesn't stuff up as often and when I power it to 12V it hardly does it at all but 12V is way too slow for the motors. When there is no power at all for the motors, it doesn't reset at all, but obviously that isn't useful when you're trying to make a crane machine. 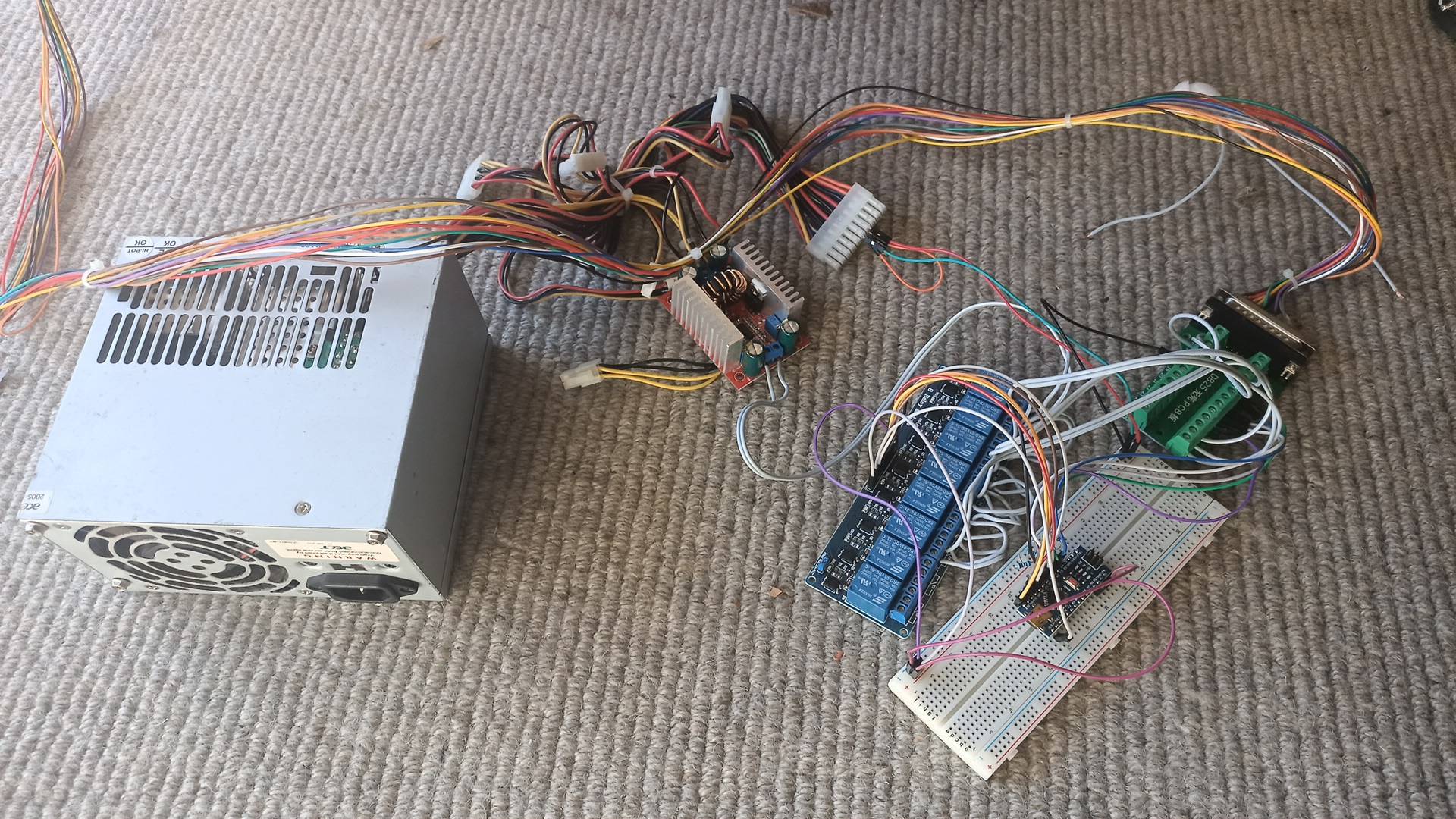 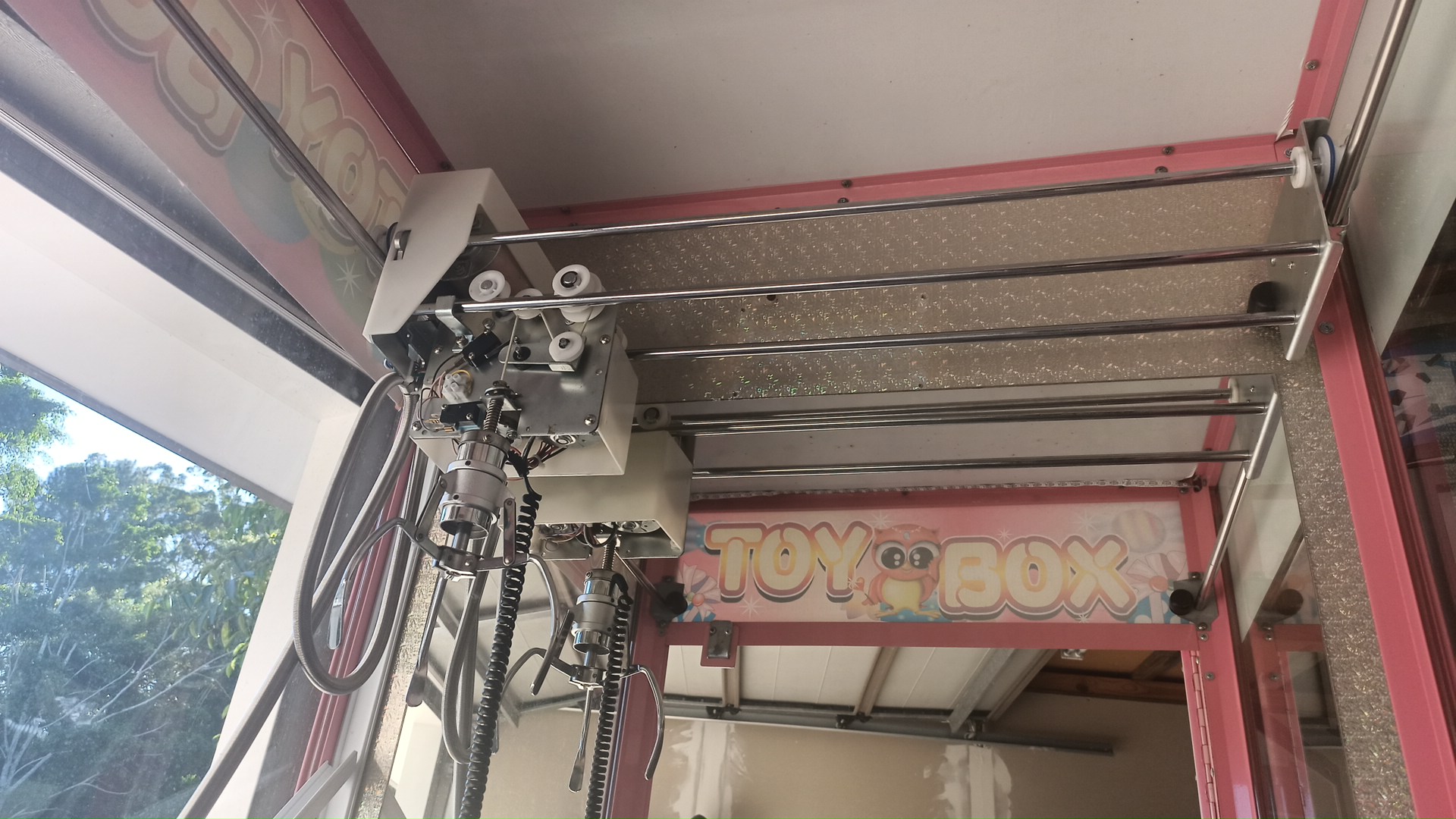 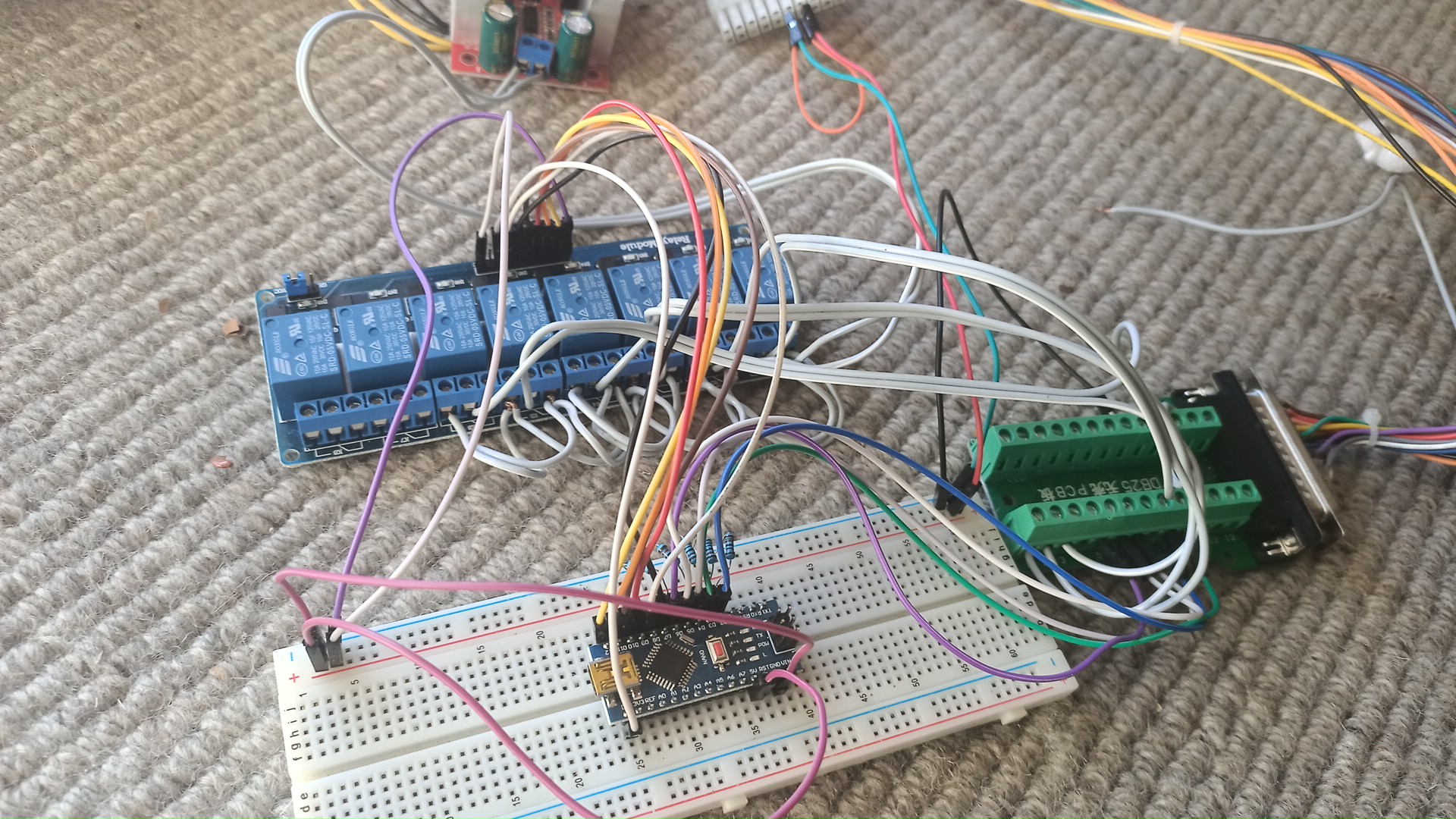 There's a few things that could be causing your problems.

The most likely is that you're getting a lot of electrical noise on the digital input from the crane machine. That noise is coming into the Nano over the limit switch wires.

At the Arduino end, you need to clamp anything that makes it that far. Put a small (few hundred ohms to 1 kiloohm) resistor in series with the limit switch inputs, and a small capacitor (1 nanofarad or so) from the digit input of the Nano to ground. While you are at it, put a Schottky diode from the digital pin to the Arduino 5V.

Another thing you could do is to use a shielded cable to run the limit switch wires through. A shielded cable has a braided conductor around the signal carrying wires. The braid is connected to ground. It prevents electrical noise from getting into your signal wires.

Try to neaten up your wiring - keep high current conductors away from low current signals.

Keep in mind that breadboards have very limited current carrying ability - don't use the breadboard as a junction for all of your ground wires.

Breadboards are also prone to bad contacts - vibration may cause sporadic loss of power or other connections to the Nano, resulting in erratic behaviour.

OK, I just want to explain what I did to fix the problem so that future people that may be reading this know what to do,

I added a 100 nanofared capacitor at the motors, this alone reduced the odds of it resetting a lot, i then added 10k ohm resistors in series with all of the inputs and now it's perfect!

Not the answer you're looking for? Browse other questions tagged arduino motor relay interference or ask your own question.

0
H Bridge not working with two DC motors on paralell -- Arduino
0
Controlling high voltage devices with Arduino Relay module
0
Controlling DC voltage with Arduino
0
Arduino relay module interferece on signal pin (230VAC moror load)
1
Reading the status of 48v connection with arduino
0
What type of wire can I use to run 5V, 30A to my Arduino controlled relay module over a distance of 10-12m?