I'm designing a diode limiter for audio use where the signal is high passed through a discrete transistor circuit. After the diode stage the signal would need its low end restored and I'm struggling to find a way to archieve a flat response at the output.

I initially had three opamp LPFs configured so that frequencies above fc will be at unity gain. That's the only way I could remove the low end slope, though it seemed a bit sketchy and unprecise as it would create quite a hearable bump (5db) at around 200Hz.

Now I thought to copy the same exact HPF circuit that I use at the input and put it in the negative feedback of the opamp. Theoretically in that way the opamp will have a frequency response that will be exact opposite of the one in the feedback loop HPF?

Anyway it doesn't seem to work, somehow the low end it's still not flat but a slope going to -30dB.

Before I go crazy trying to make it work, does anybody know if I made any wrong assumptions/ or know of a better way to solve the freq response drama? 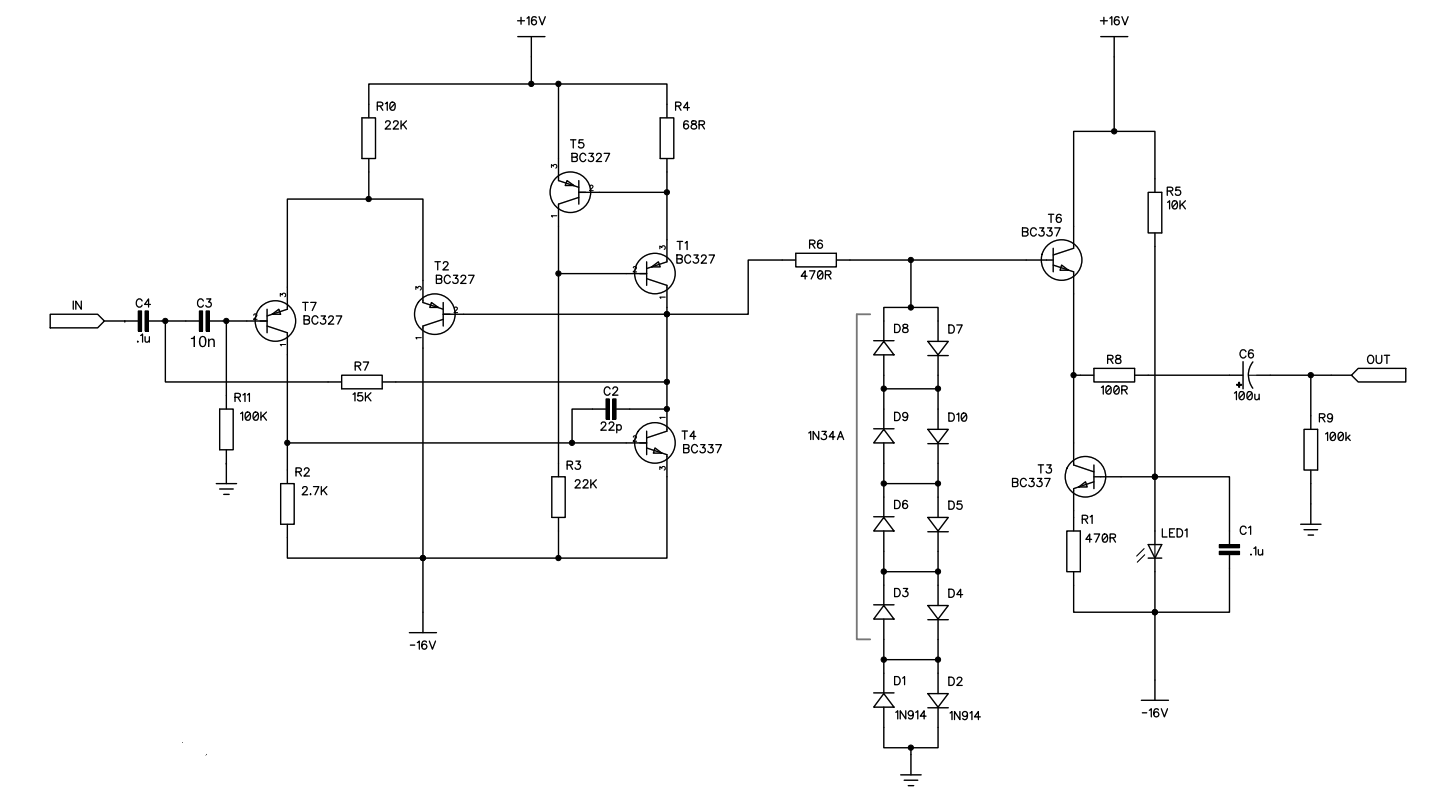 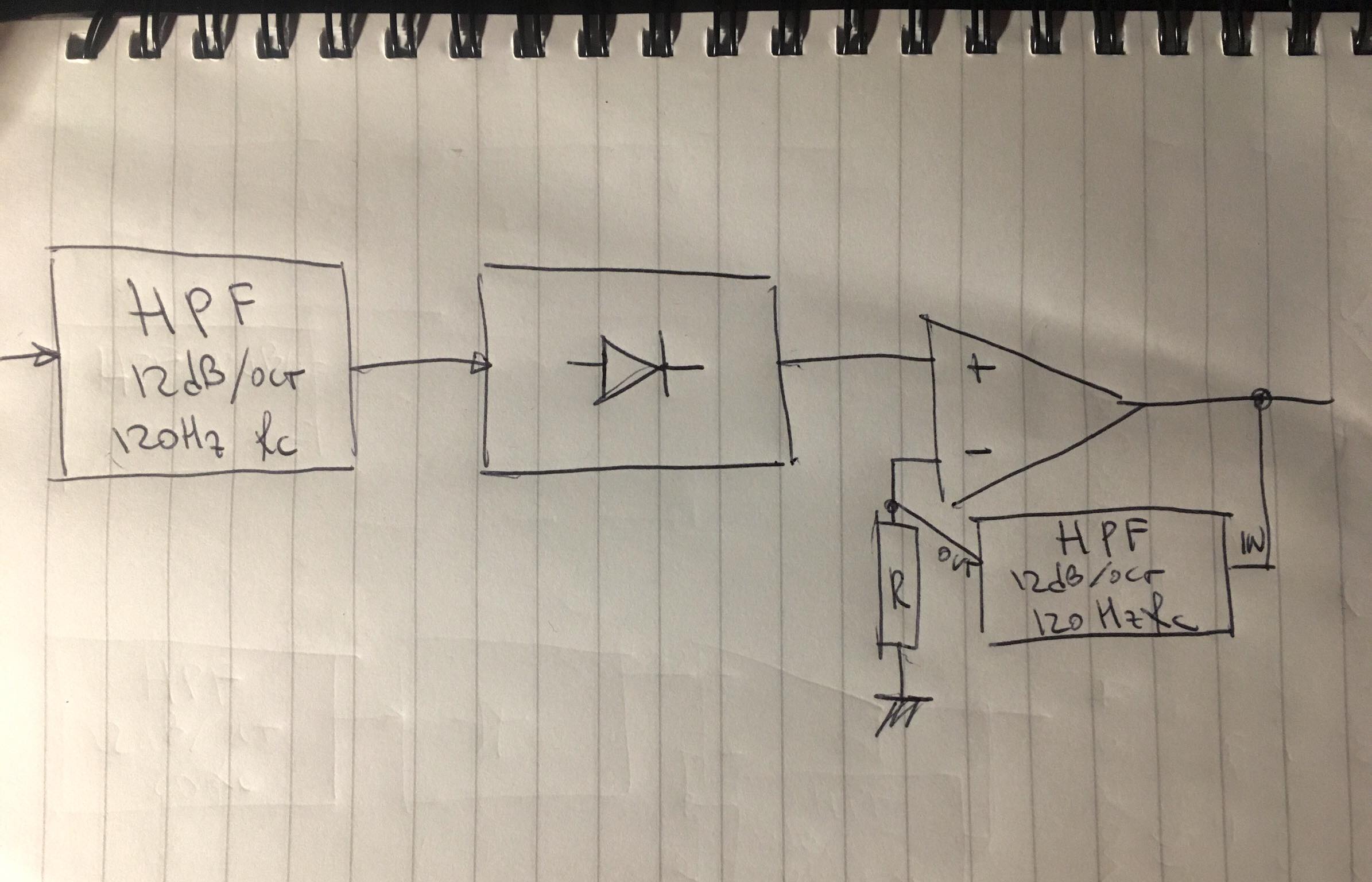 Browse other questions tagged operational-amplifier low-pass high-pass-filter or ask your own question.

2
Why is this LPF design passing frequencies above resonant in such magnitudes?
1
LPF (low pass filter)
0
Input to amplifier with LPF not working
9
What is wrong with this butterworth filter, how can it be improved?
0
Narrow bandpass filter using maximally flat LPF prototype design
0
Should Passive LPF/HPF Component Selection Depend on Ability of Input to Source Current?
0
how to design a low pass filter for square waveform
0
Overall Q of a fourth order LPF and higher order LPF cascaded