In the picture below, I have a power resistor, which is powered either from 12VDC or 24VAC from the rest circuit, as well as another component, which is inserted on the one cable leading to the resistor.

Edit: This is a cctv camera and the power resistor is used to make sure, through heating, that the glass in front of the lens does not become foggy.

The "gold" metal clad power resistor is made by: -

The general data sheet that describes their metal clad products is HERE and that particular resistor is 68 Ω 25 watts: - 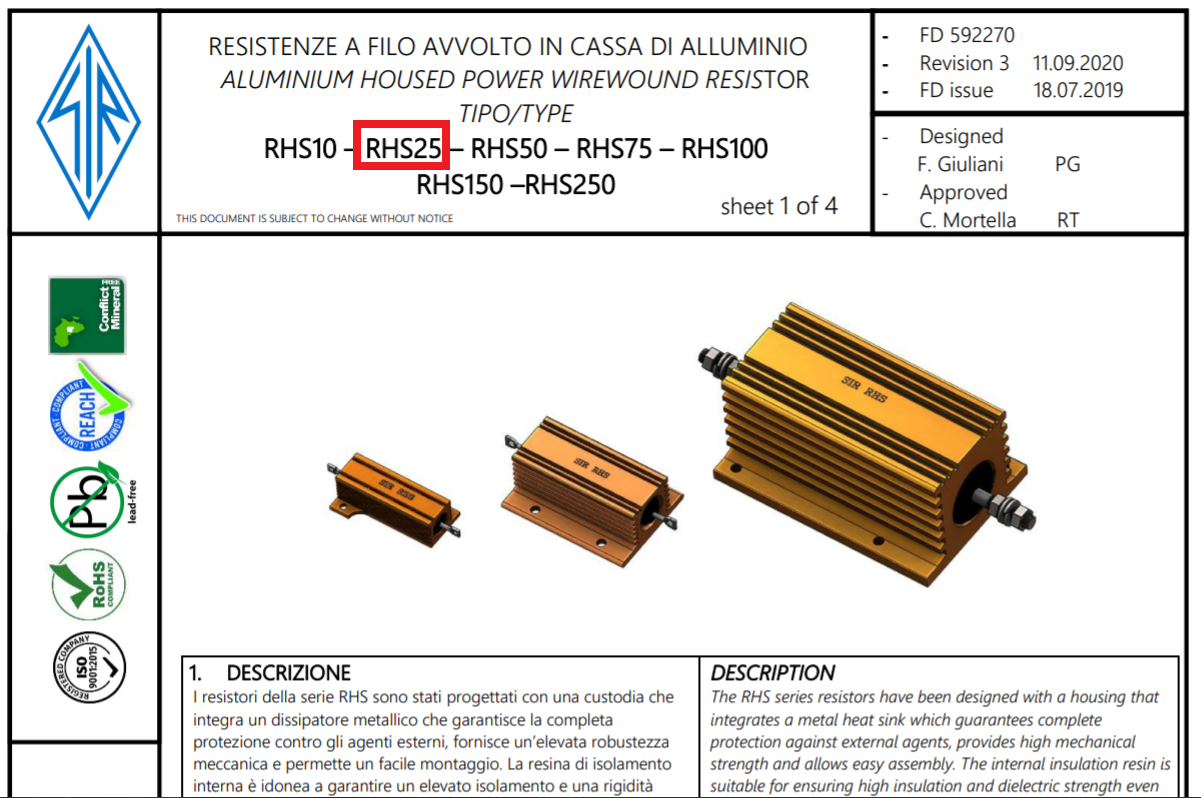 The other component looks like a ferrite core of some sort. The "15" might indicate it has an inductance of 15 μH.

The resistor is manufactured by SIR, and is of type RHS25. This is a 25W aluminium housed wire-wound resistor.

The 68R J indicates the resistance and tolerance, that is a 68 Ohm resistor with 5% tolerance.

The second component is most likely an inductor, but it could also be a capacitor. Hard to tell without removing the heat-shrink tubing.

Not the answer you're looking for? Browse other questions tagged power-electronics components or ask your own question.

26
Differentiation between passive and active components
3
What is this component (probably a shock/vibration sensor)?
0
How to throttle power consumption of a heating coil?
3
Run heater on two powerlines, where the second line is switched according to the main line
8
Electronic component that is like an LCD version of an LED?
5
Storing Electronic Components Outside
2
Identification of two components
0
Help fixing a power switch